Tantrum in Chief: how Trump infantilised the presidency and infected the White House

admin 4 weeks ago World News Comments Off on Tantrum in Chief: how Trump infantilised the presidency and infected the White House 20 Views 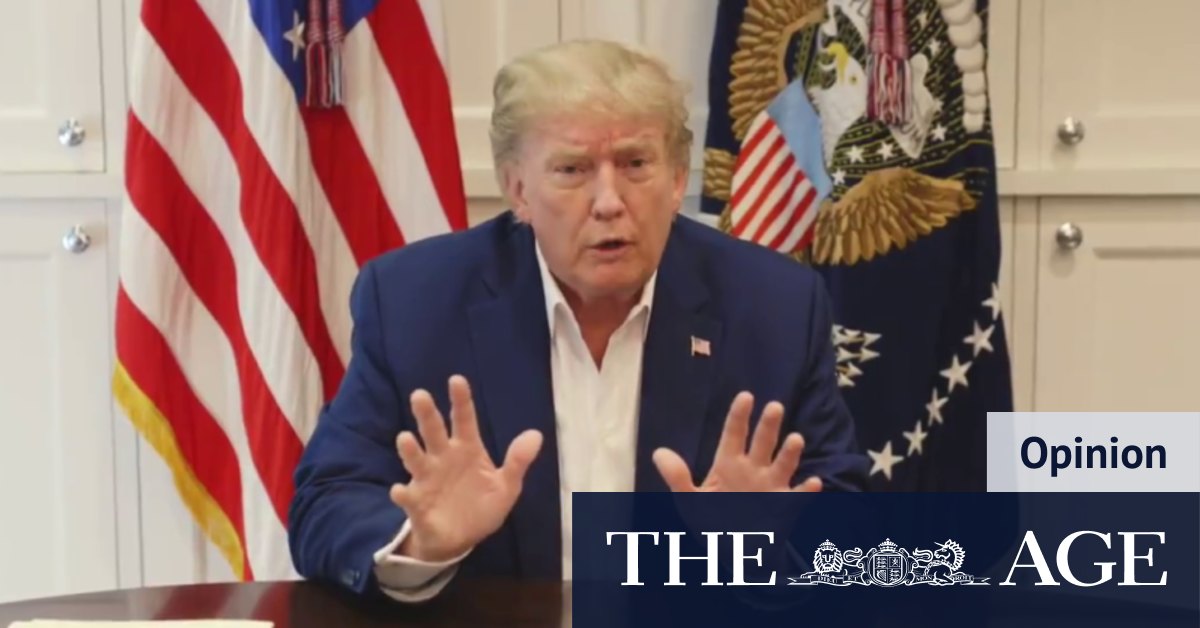 Any pretense to competence is gone to anyone who has heard the tapes that reporter Bob Woodward released about the President. In these, Trump confesses in some detail to his understanding of the coronavirus, its severity, and his deliberate underplaying of it. The result: the world’s most advanced nation boasting the world’s most severe outbreak. Even today, cases are spiking in wide swaths of the United States.

Isn’t this the behaviour of a child? Not just telling lies, but telling lies that can easily be found out, and lies that are at odds with the reality the rest of us can see?

The first debate between the President and his Democrat challenger Joe Biden last week was appalling. It was full of disgraceful moments, but also absurdly pathetic ones, as when Trump berated Biden for not being smart. Biden was the former chair of the foreign relations committee of the Senate and served for eight years as Barack Obama’s vice-president. These are the sort of insults a not-very-enterprising bully might say in the schoolyard.

And now Trump has contracted COVID-19. We of course wish him, his family, and an ever-growing number of associates around him the most minor symptoms and a quick recovery. Given his wrong-headed posturing about the crisis – during the debate he mocked Biden for wearing a mask – we should also be able to savour the irony of it all, except that it’s really not ironic.

If a mother tells her son not to touch a hot stove, and the kid does it anyway, and gets burnt, this isn’t irony. It’s the behaviour we expect from a young boy, and the result we all know will happen. Trump was told by many people that mask-wearing and social distancing would inhibit the spread of the disease; he ignored the advice, and the expected result has occurred.

When the subjects are a young boy and his mother, there is a lesson to be imparted when he burns his fingers. But what do we do when the young boy is a septuagenarian, and incapable of learning? Someone who is indolent, resentful, reckless and seemingly incapable of experiencing empathy?

Like a toddler screaming in a restaurant, Trump has the ability to keep the focus of events on himself to the exclusion of so many other more important matters. Trump’s refusal to behave and his inability to follow advice from knowledgeable authority figures has now not only put his own life at risk but endangered that of those around him. At least nine of his close political associates, including the man who runs his campaign, Bill Stepien, have contracted the virus. (Could Trump become the first presidential candidate whose own campaign manager votes against him?)

While his most loyal supporters seem to have his back, it’s difficult to see why. Just about anyone can see that his ridicule of sensible prevention measures has kept per capita outbreaks of the virus highest in virtually all of the so-called red states that make up his base.

But it gets worse. His misbehaviour has also put a country at risk. America’s President is an aged, obese man with a disease that targets victims like him. He could become incapacitated, perhaps even die. This comes on the eve of an election with emboldened enemies (China, Russia) looking to exploit US vulnerabilities and any number of bad actors in the world (in Syria, Turkey, Saudi Arabia and more) now able to make moves while the US is occupied with dealing with the chaos created by its Tantrum in Chief.

And finally, Trump’s prevarications and nonsensicalities have subsumed his administration as well. He has literally and figuratively infected his office. Already a stream of confusing, contradictory and outlandish statements have emanated from the White House. No sensible person can take what the White House says at face value during this crisis.

In the first years of the Trump administration, we heard about the various “adults in the room” who would help guide his ship. Today they are all gone. We can add that disturbing image to the long list of vulnerabilities this most childish of men has left to the country he was sworn to protect.

Bill Wyman is a former assistant managing editor of NPR in Washington. He lives in Sydney.

Previous Federer, Serena commit to Open as Tiley confirms plan for up to 50 per cent crowds
Next LNP promises land tax cuts as incentive for low-rent building scheme