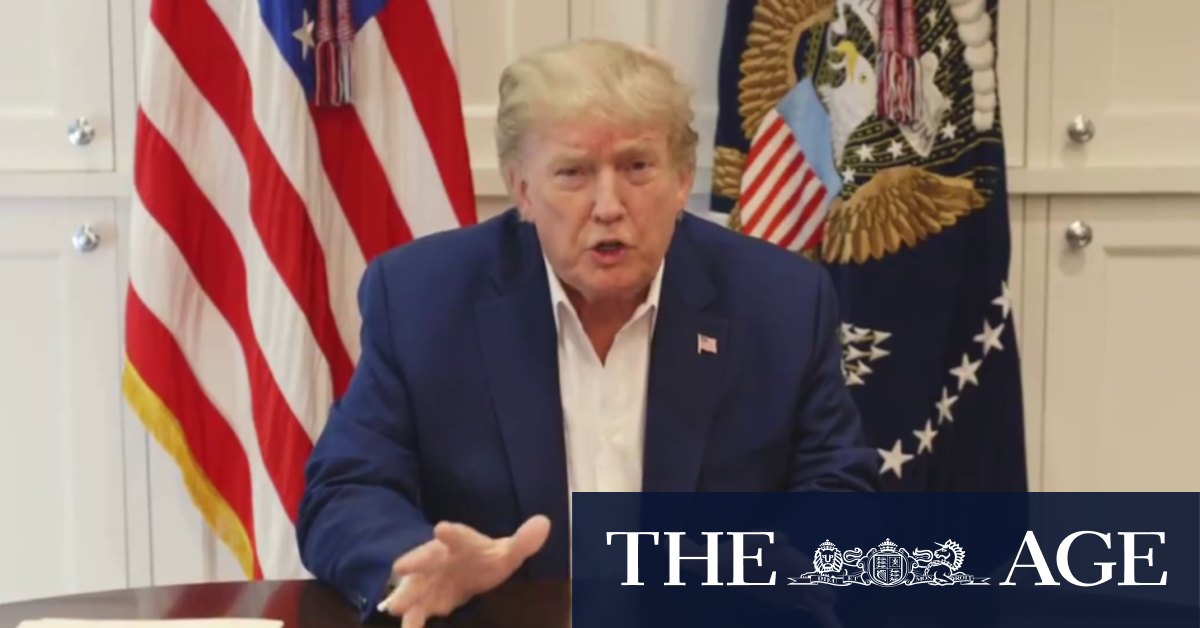 “You don’t know over the next period of a few days,” he said. “I guess that’s the real test, so we’ll be seeing what happens over those next couple of days.”

It is unclear exactly when the video was filmed.

Americans trying to get an understanding of the President’s medical condition were left baffled for much of the day by a torrent of conflicting reports from the White House.

At a morning briefing for reporters, Conley painted a reassuring picture of Trump’s condition, saying the President was doing “very well” and was not having any difficulty breathing.

“He is in exceptionally good spirits and as we were completing multidisciplinary rounds this morning, he said, ‘I feel like I could walk out of here today’, and that was an encouraging comment from the President,” Conley said.

Just minutes later White House chief of staff Mark Meadows told reporters: “The President’s vitals over [the] last 24 hours were very concerning and the next 48 hours will be critical in terms of his care. We are still not on a clear path to a full recovery.”

Speaking on Fox News later in the day Meadows said he became “very concerned” when the President developed a fever and his blood oxygen level “dropped rapidly” on Saturday (AEST), the day he was taken to the hospital.

“I can tell you the biggest thing we see is with no fever now, and with him doing well with his oxygen saturation levels — yesterday morning we were concerned with that,” Meadows said.

In his evening statement White House physician Sean Conley said Trump had made “substantial progress” since his diagnosis and had completed his second dose of the antiviral drug remdesivir.

“He remains fever-free and off oxygen,” Conley said.

At his briefing earlier that day Conley repeatedly refused to answer whether Trump had received supplemental oxygen since developing COVID-19 symptoms.

Conley set off a round of frenzied speculation at his briefing when he said “we’re 72 hours into [Trump’s] diagnosis”, suggesting Trump had tested positive 36 hours before revealing it to the public.

Conley later said in a statement that he had incorrectly used the 72 hours term at his briefing, and meant to refer to “day three” of Trump’s diagnosis.

“The President was first diagnosed with COVID-19 on the evening of Thursday October 1st,” he said.

Earlier in the day former New Jersey governor Chris Christie announced that he had tested positive for COVID-19, as did Republican senator Ron Johnson.

The ceremony is believed to be the likely source of the rapid spread of the virus throughout the White House and the Republican Party.

Christie and Johnson joined a growing list of prominent Republican figures who have announced they have contracted COVID-19 in recent days.

Previous The toll of the coronavirus on women’s football
Next Britain will deny asylum to migrants who board boats: report