Two elections’ worth of deficits to be unveiled by Frydenberg 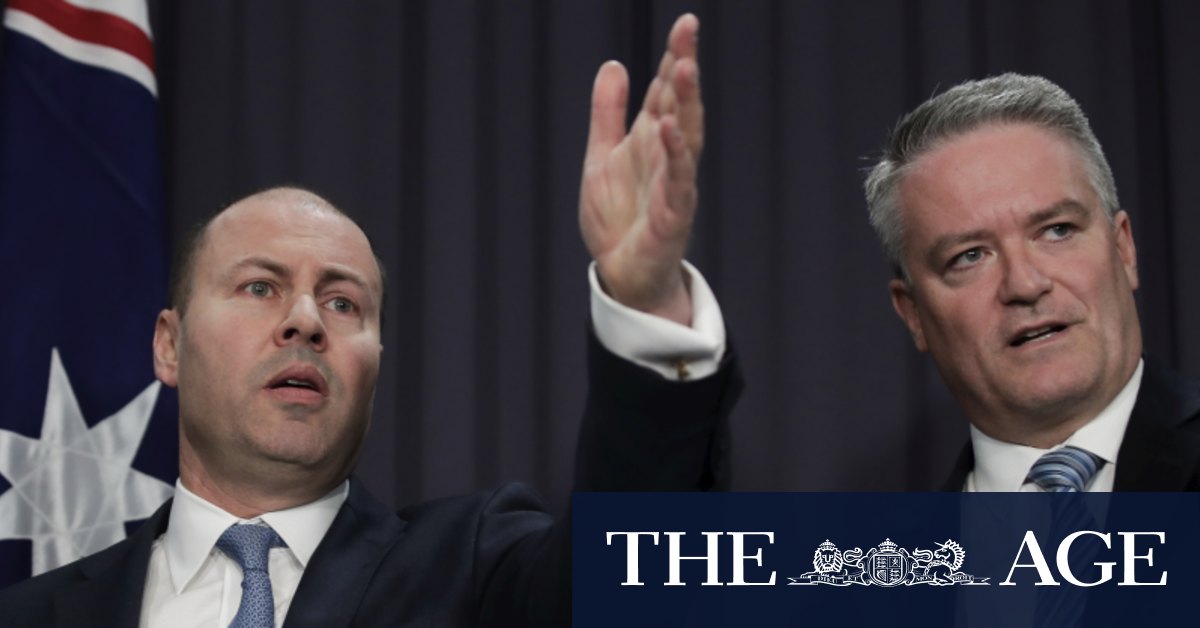 In the July budget update, the government failed to offer any new forecasts for the years beyond 2020-21. The last projections for 2021-22 and beyond were made in the December mid-year update which showed successive surpluses.

They will now be wiped, with some economists tipping deficits of around $100 billion next financial year, and the two years beyond that. The next federal election is due to be held in 2021-22, restricting the scope of promises from both the Coalition and the Labor Party.

The election after that would be due to be held in the 2024-25 financial year. If a surplus was achieved, it would only be confirmed in the second half of 2025 when the final budget outcome is made public in late September and well after an election.

Mr Frydenberg, in a recent speech to the Australian Chamber of Commerce and Industry, effectively confirmed there would be no surplus until at least the middle of the decade, warning any efforts to cut spending or lift taxes to get back into the black would harm the economy.

“It would now be damaging to the economy and unrealistic to target surpluses over the forward estimates, given what this would require us to do in terms of significant increases in taxes and large cuts to essential services,” he said.

Australia’s last budget surplus — a record $19.8 billion — was for the 2007-08 financial year, just ahead of the global financial crisis.

Shadow treasurer Jim Chalmers on Sunday accused the government, which had promised in 2013 to deal with Labor’s “debt and deficit disaster”, of inconsistency as debt had risen sharply under the Coalition’s watch while it had not delivered a surplus.

“We need to make sure that the legacy of this first recession in almost three decades isn’t just high unemployment for longer and trillions of dollars in debt,” he said.

Despite a sharp increase in debt, the budget will actually show a fall in the nation’s interest bill.

That is due to falling global interest rates that have enabled governments around the world to go on a borrowing binge to help protect their economies. Late last month, $25 billion in debt due to be repaid by 2026 was sold at an interest rate of 0.47 per cent.

In the just-completed financial year, despite government debt climbing by $162 billion to a record $884.3 billion, the interest bill increased by just $178 million to $16.9 billion.

Since then, total debt has reached $807.6 billion with much of that now at even lower interest rates. The budget is expected to show total debt growing beyond $1 trillion over the next 18 to 24 months.

While the government will save money on its borrowings, it will also take a hit from interest it earns on its own investments.

In the 2019-20 financial year, the government received $1.9 billion or more than a third less in interest than it had forecast.