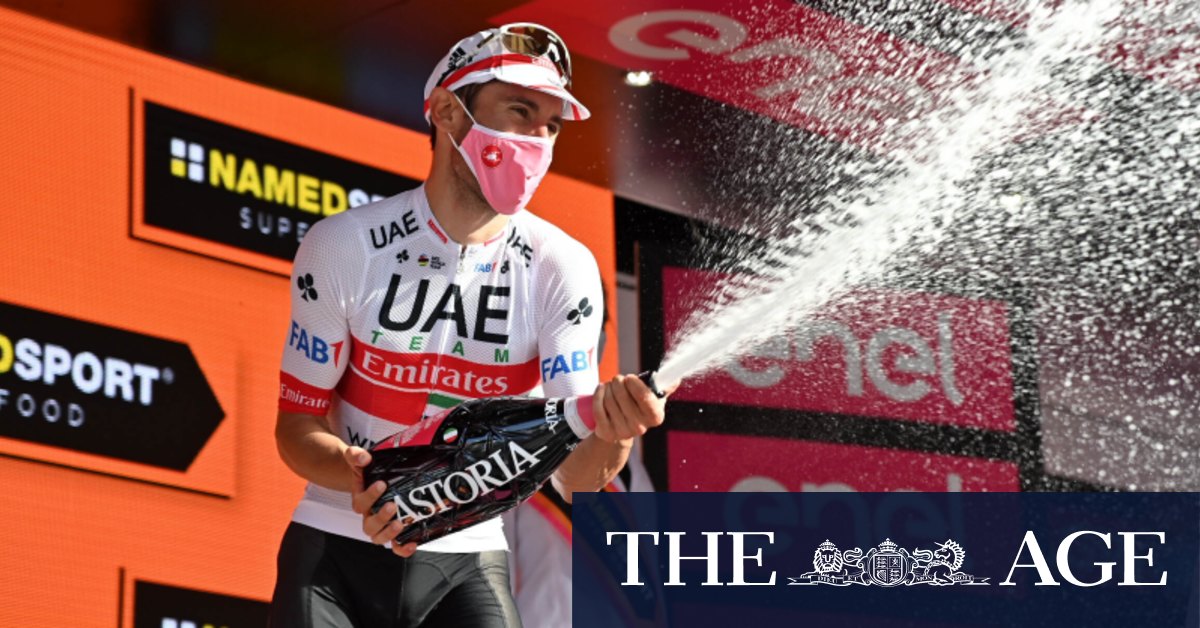 Ganna remains 22 seconds ahead of Portugal’s Joao Almeida in the general classification with race favourite Geraint Thomas a further second back but the Italian sprinter knows he will be handing over the jersey on Monday as the climbing starts.

With the last five kilometres all uphill it was a stage made for the puncheurs like Sagan but he was left disappointed again as his 15-month wait for a race win continued.

It proved another terrible day for the Astana team as young Russian Alexandr Vlasov abandoned with a stomach illness, robbing his teammate of a backup option to Jakob Fuglsang in the overall classification.

The previous day Astana’s Miguel Angel Lopez crashed at high speed near the end of the time trial and needed surgery.