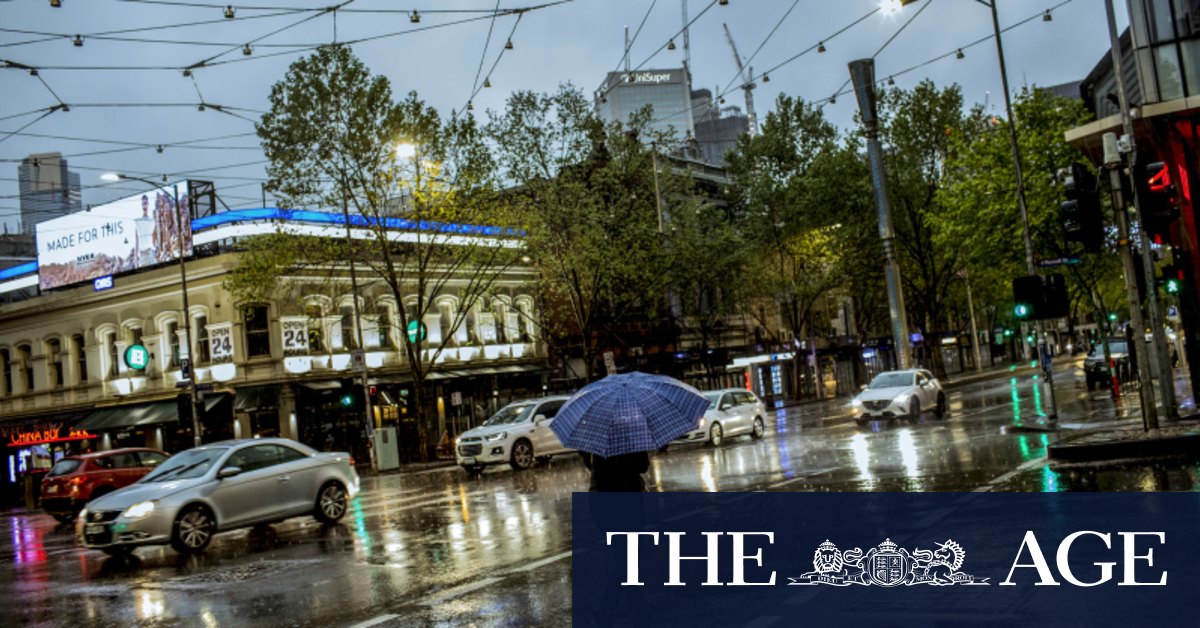 “My gut feel is that it will be a line ball. Look, it’s not a certain one way or the other,” Professor Sutton said on Monday.

Professor Sutton said the most important measure was mystery cases, but said the state can move to the next stage of easing if there are more than five cases.

“We’d have to see exactly where we were at, at that time, including the trend. Because if all five of the cases are in the first week of that fortnight and we have seven or eight or nine days prior to the 19th that has absolutely no mystery cases, that’s a positive, obviously.”

Victoria has recorded nine new cases of coronavirus in the past day and no further deaths, with exactly two weeks left before the next stage of restriction easing.

Three of the cases are linked to known outbreaks, six are under investigation. The number of active ‘mystery’ cases with no known source is unchanged from Sunday at 13.

The total number of active COVID-19 cases in Victoria has dropped to 227 from 241 on Sunday.

Today’s figures bring the state’s rolling 14-day average, tied to the next stage of easing lockdown restrictions, to 11.9 new cases per day.

For Melbourne to move to step three of the government’s road map out of lockdown, the state’s 14-day average needs to be five or below, with just five or fewer active mystery cases.

Victoria has 14 days to reach that target.

Today is the first day of term four for Victorian schools. Regional students returned to their classrooms, while students in Melbourne returned to remote learning.

Primary school and most senior high school students in Melbourne were already due to return to their classrooms on Monday, October 12.

“This is really important for families right across the state, but it’s got to be done in a safe and steady way,” the Premier said at his daily press conference.

Schools will use staggered start and finish times, social distancing at the school gate, and restrictions on adults entering school grounds.

Any school at which a student or staff member becomes infected with COVID-19 will be closed for deep cleaning and contact tracing, and will not reopen until the Department of Health and Human Services has reviewed it.

Victorian Chief Health Officer Brett Sutton said health authorities had pounced on a new case in regional Victoria but has flagged it may end up being a false negative.

Professor Sutton said the positive case in Shepparton had been found via a rapid test.

“The result has a high CT value. A high CT value can sometimes mean like a weak positive. So we’re treating it as a positive. It may end up being a negative. But we’re working through that process. The case has been retested,” he said.

There are now 30 Victorians fighting the virus in hospital, including three in intensive care. Two of those three are on a ventilator.

There were just over 9000 tests processed on Sunday.

This compared to Thursday to Friday last week when the average dropped by 2.7 in a single 24 hour period.

​A coronavirus cluster linked to a butcher shop in Chadstone may be a super-spreading event, Victoria’s Chief Health Officer has warned.

The number of cases linked to that outbreak has grown to 24.

“The composition of that 24 is seven staff, nine family and household members and three customers of the Butcher Club,” Professor Sutton said.

Customers caught the virus from infectious staff who they most likely stood very close to, he said.

“They have probably been in face-to-face contact, maybe not at that 1.5 metre distance, but that’s not the only opportunity for this virus to transmit,” he said.

“You really decrease the risk of transmission, but if somebody is very infectious, if they’re symptomatic in particular or coughing or sneezing or shouting, then the transmission is much more straightforward. So that may well be how it happened.”

None of the Chadstone cases were identified by COVIDSafe app and authorities don’t believe any are linked to an anti-lockdown protest at the shopping centre two weeks ago.

Previous From the Archives, 1990: Collingwood fans run riot after Grand Final win
Next ‘This is insanity’: Sick with coronavirus, Trump goes for drive around hospital