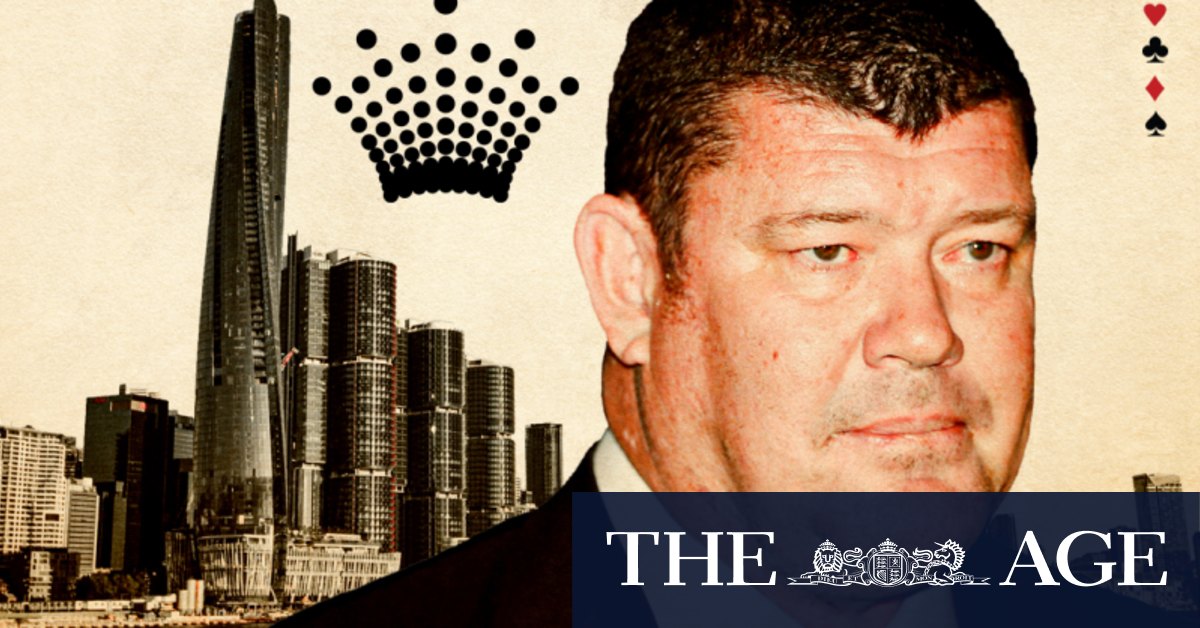 The level of desperation to unload Crown shares became clear during testimony from Michael Johnston – a director of both Crown and Packer’s private company, CPH – one of the executives tasked with dealing with Packer’s stake.

Johnston spoke of three potential parties that had been targeted as possible buyers of a 19.9 per cent stake in Crown belonging to Packer. Dubbed project Rhino, Project Tiger and Project Lion, the inquiry would only hear the identity of one of these would-be predators – Suncity. This business is associated with Macau junket boss Alvin Chau Cheok Wa who has been blocked from entering Australia due to his suspected links to organised crime and money laundering.

CPH reasoned that a Suncity purchase could avoid being tripped up by regulators because the Crown’s Melbourne and Perth licensees are owned by its subsidiary companies.

In the end Packer brokered his own deal to sell a 19.9 per cent stake to Lawrence Ho’s Melco. This sale formed part of the terms of reference for the current inquiry.

Regardless of what Commissioner Patricia Bergin recommends on completion of her inquiry into Crown, the conclusion that the days of the lucrative growth from China VIP revenue are over is hard to avoid.

Operating a casino business in Australia will be a different economic proposition after the inquiry is complete – even after pandemic-enforced borders closures are lifted.

The game is up. From a regulatory perspective, Chinese VIP gamblers and the junket operators who bring them to Australia will likely be kryptonite.

It cements the structural shift away from gaming tourism that began with the arrests of Crown’s China staff in 2016 and China’s general crackdown on its citizens being recruited to play in Australian casinos.

Packer understood this two years ago and it formed part of his decision to sell down or out of his stake in Crown.

The multibillions of dollars that casino groups in Australia have invested to attract Asian high rollers – and most particularly Crown’s $2.5 billion Barangaroo casino in Sydney – now look financially questionable.

If Bergin recommends the nuclear option, Packer may be forced to sell out of Crown. As damaging as this would be to his reputation, it is questionable that beyond selling his Crown stake he is as actively engaged with the business now as he was when Chinese high-roller revenue was the casino’s blue sky growth engine.

However, if Packer’s CPH is able to retain its stake, many aspects of Crown’s operations will need to change – even beyond its association with junket operators.

Testimony has also laid bare that Packer was the recipient of inside information concerning financial forecasts while negotiating the sale of his 19.9 per cent stake to Melco. This was information not made available to other shareholders, despite the fact it was also provided to Melco.

The information was made available to Packer under the controlling shareholder protocol agreement which was put in place when he left the board.

Evidence during the inquiry pointed to numerous examples of concerns raised by regulators and banks about signs of potential money laundering inside Crown subsidiary bank accounts that were not elevated to the board. Risks associated with safety of China staff and Crown’s operation of a camouflaged office in China were not elevated to board level.

And at least some members of the board were not made aware of the discovery of $5.6 million in cash stored in the Suncity junket operator’s private gaming parlour at Crown Melbourne – an incident that did not prompt the casino to review the relationship.

So where to from here?

There is a very real chance that an overhaul of the board and management of Crown will be on the agenda.

As to an overhaul of ownership, we will need to see what Bergin recommends. But one thing is certain, Crown is worth considerably less today than it was at the start of 2019.

At the very least Crown’s risk, compliance and governance will need a massive clean-up.

Previous Libraries’ home delivery service proves a COVID-19 success story
Next The Short Squeeze: The budget to restart a nation?