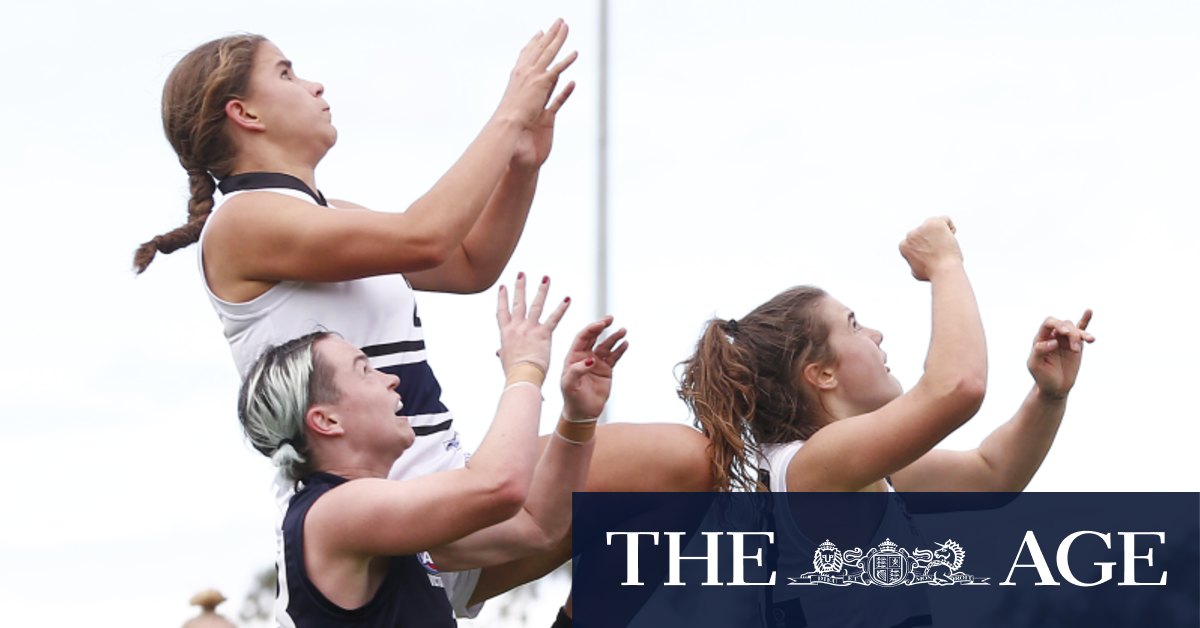 She is also the younger brother of former North Melbourne rookie Tom McKenzie.

“She’s going to be a 10-year player wherever she ends up,” said Marcus Abney-Hastings, who coached McKenzie in the NAB League.

“Her skill set and the way she plays, it’s absolutely exceptional to be honest. In the three [Knights] games we had we played her forward and she just doesn’t get beaten one-on-one.”

Rivals expect the Western Bulldogs to take forward Alyssa Bannan, also from the Knights, at pick No. 2. The Dogs enter the draft with a strong hand, holding three first-round selections.

“For a girl her size, the pace, the power that she has, I don’t think anybody within the AFLW would have seen that for a long time,” Abney-Hastings said of Bannan.

Melbourne have pick No. 5, which is the third selection in the Victorian pool. Athletic ball-winner Tyanna Smith from the Dandenong Stingrays has been strongly linked to the Demons at this selection.

West Coast are poised to select one of midfielder/forward Shanae Davison, midfielder Isabella Lewis or defender Sarah Verrier at pick No. 3, which is the first selection in the West Australian pool of the state-based draft.

Adelaide have the entire South Australian pool to pick from with exciting midfielder/forward Teah Charlton the standout in the SA class and expected to be taken at pick No. 4.

Geelong Falcons midfielder Darcy Moloney should be available at the Cats’ first pick (10 overall) although the Cats can now select from the entire Victorian pool. Sandringham Dragons defender Sarah Hartwig could be another option in this pick range, while the Northern Territory’s Stephanie Williams is squarely in the mix.

Tuesday night will also bring confirmation of the prices clubs have needed to pay to pick up their father-daughter selections. Tarni Brown (Collingwood) and Alice Burke (St Kilda) are both expected to cost their clubs second-round selections. Gold Coast are set to select former Adelaide and Melbourne spearhead Sarah Perkins and Janet Baird from Arnhem Land.

The draft will be based out of AFL House with clubs to dial in remotely as a result of the coronavirus.

“We started talking and stuff. He’s going through a really hard time at the moment …