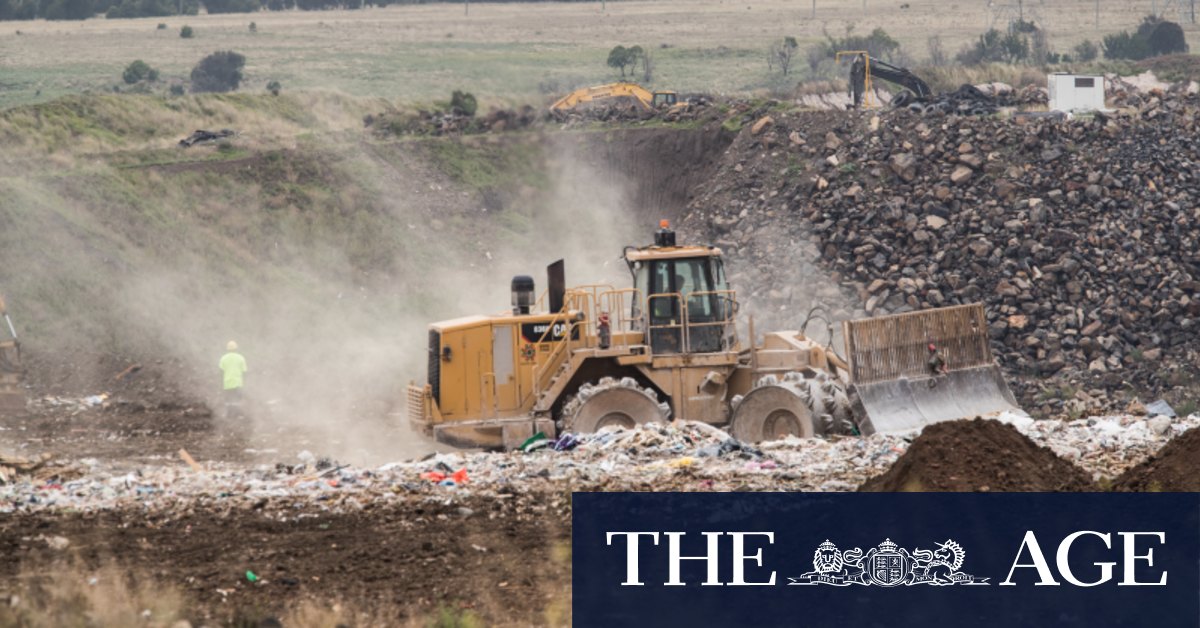 “The trial has demonstrated that more hotspot material can be cooled each day, and that continuing the trial methods would save weeks, and possibly months, in bringing the hotspots and the resulting odour impacts on the community to an end,” EPA regional manager Stephen Lansdell said.

Mr Lansdell said the EPA would now weigh up the increased smell caused by the trial and the time savings before making a decision about continuing the method at the end of the week.

Despite the positive results, Barro Group acknowledged there were still tens of thousands of cubic metres of waste to cool and could not provide residents with a firm date as to when the smell, which can be detected kilometres away on some days, would begin to fade.

“There’s so many ‘ifs’,” said resident Anna Jez, who lives about 200 metres from the landfill with her husband and three small children.

“Our quality of life over the last year has been terrible. We can’t go into our backyard to play. With this five-kilometre radius there’s not much we can do. Depending on where the wind’s blowing, it’s pretty much half of Kealba that’s covered.

“Do you fight? Do you call the EPA complaining, where nothing ever really happens? Or do you take the other option and just sell up and move? That’s where my husband and I are at now.”

While the EPA said air monitoring showed there were no health concerns, Ms Jez said her family had been developing sore throats and sneezing. She said she supported continuing the trial if it meant the waste could be cooled sooner.

Marian Pham, who used to run past the landfill when she still believed the smell was from a backyard, said she had developed asthma-like symptoms for the first time in her life.

“An odour specialist said it’s not uncommon for odours to trigger a physiological response from a pyschological response, but I don’t believe that in this case. I was experiencing this well before I knew there was a fire there,” she said.

Barro Group spokesman Steve Murphy said the new cooling method was not straightforward and required each “bucket” of waste to be assessed and temperature tested, which can take several minutes, before being moved to a lay-down area.

“We haven’t beat around the bush with residents about this in any way in respects to timing,” he said.

“It’s not just a matter of digging stuff up, hosing it down and putting it into another hole. If it was that easy, if it was safe and appropriate, that’s what we’d do because we want it done too.”

Nevertheless, he said the trial was faster than the standard procedure, when half the day was effectively spent excavating and the other half spent covering it back up.

“We want to get this done as soon as possible. It also needs to be done safely and in a way that gets the job done,” he said.

Golf resumes at Northcote course as local debate tees off