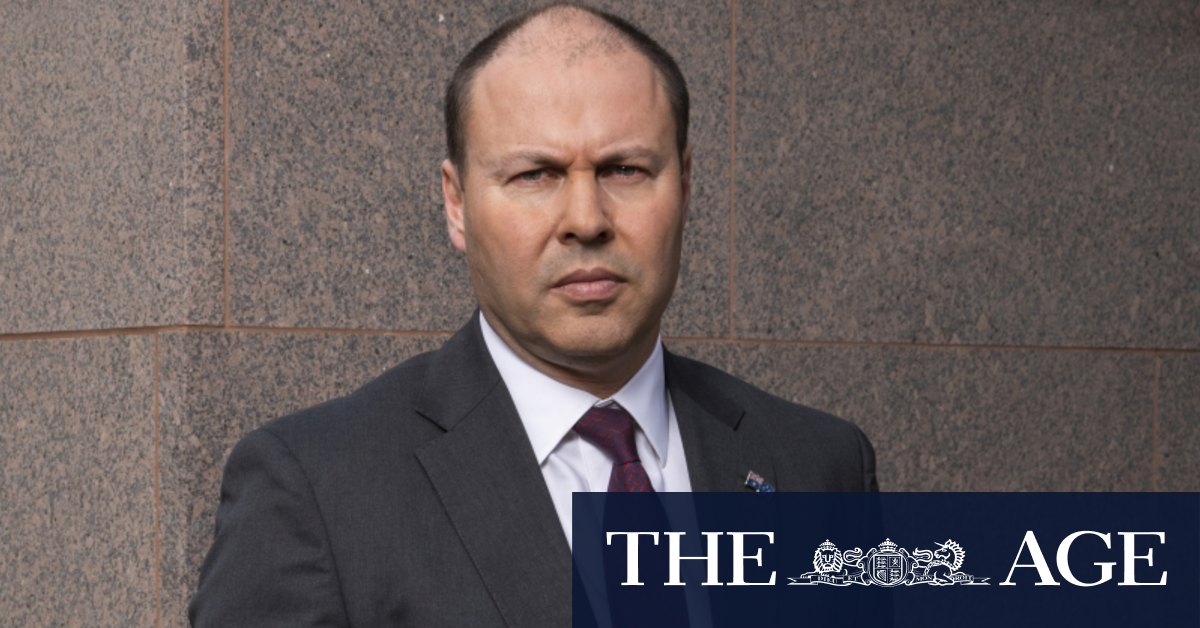 Treasurer Josh Frydenberg will deliver the budget on Tuesday night with the pitch that it is “all about jobs” and delivering rapid action to support aggregate demand.

“That’s our first, second and third focus: keeping people in work and helping those who are out of work get into work,” Mr Frydenberg said on Monday.

Employers will be offered incentives to take on new workers as well as gaining wage subsidies for new apprentices, amid fears of an “economic cliff” next March when the $101.3 billion JobKeeper scheme ends.

Age pensioners will be given a bonus payment by Christmas and another one next year, although the amounts will be smaller than the two $750 payments made earlier this year.

The budget will also include a business investment allowance to take effect as soon as it gains Senate approval, although the boost is expected to be temporary while the government considers bigger reforms in later budgets.

The tax cuts will bring forward the second stage of the government’s seven-year plan that was due to begin in mid-2022. These tax cuts, which include increasing the top threshold for the 19 per cent rate to $45,000 and lifting the 32.5 per cent top threshold to $120,000, will be backdated to start from July 1 this year.

However, the acceleration of the second stage offers few gains for workers earning up to $90,000, raising questions about whether the government would add a further benefit for these workers in its tax plan on Tuesday.

Tax cuts for higher income earners, due to start in mid-2024 and which are estimated to cost more than $16 billion annually, will not be pulled forward as the government seeks to avoid a political fight over claims they are not fair.

Business Council of Australia chief executive Jennifer Westacott said the business investment allowance would be crucial to job creation because investment had been too low even before the pandemic.

“It is business investment that will drive new activity,” she said.

While the BCA has asked for a permanent 20 per cent allowance, which would work as an additional tax deduction for new investment, the government has considered a temporary benefit instead.

Australian Industry Group chief Innes Willox said the allowance would need to be generous, such as 25 per cent, if it was temporary, given companies had to make long-term plans for investment.

“This is about building jobs and confidence and demand, and the government has to look at any lever that lifts those three things,” Mr Willox said.

Businesses will also get tax relief through the re-introduction of loss carry back provisions for struggling firms, who will now be allowed to claim back a rebate on tax they have previously paid.

“Introducing a temporary loss carry-back provision is eminently sensible. Such a measure would help many businesses survive the impact of COVID until they became profitable again,” Deloitte tax partner David Watkins said.

The government had forecast a deficit of $184 billion in July, but this will grow beyond $210 billion with extra spending on tax relief, infrastructure, aged care, health, business support, skill development, manufacturing and housing.

Finance Minister Mathias Cormann signalled the Australian Tax Office could send out refunds swiftly if the Senate voted for the faster tax cuts.

“We have a track record of putting more money into worker’s pockets, making sure that people have increases in take home pay as a result of lower income taxes,” he said on Monday.

“If there is a measure to bring forward some income tax cuts and they are supported by both sides of politics, they are legislated or they are at least supported, then the ATO would be able to pass that on very quickly.”

Extra infrastructure spending will be included on top of $7.5 billion in projects across the country announced on Monday. The $7.5 billion, which includes $2.7 billion for NSW and $1.1 billion for Victoria, will be spread over the next three years.

The government will commit billions of dollars towards boosting the manufacturing sector and increasing the number of apprentices employed by businesses through a wage subsidy.

The budget will also update Treasury’s forecasts on the economy. They are expected to show the economy coming out of recession relatively quickly but with unemployment to remain elevated for some time.

Wages and inflation, key drivers of the budget, are expected to remain subdued for years, undermining the government’s hopes of a budget surplus. The last surplus was in 2007-08, just before the global financial crisis.

The string of deficits will drive up total gross debt, already at a record $806.7 billion, to more than $1.1 trillion in the next 24 months. As a proportion of GDP, debt is expected to reach its highest level since the 1950s.

In his last budget, released in April last year, Mr Frydenberg expected net debt to fall to zero by 2029-30. Tuesday’s budget is expected that to be pushed beyond 2040.

Shadow treasurer Jim Chalmers said for all of the extra spending in the budget, the government had to reduce unemployment.

“What we need to see in this budget is new jobs created, people supported, and investments in the future so that we have something to show for these mountains and mountains of new debt,” he said.

The budget will be released just hours after the Reserve Bank board holds its monthly meeting with financial markets putting the chance of an interest rate cut at two in three.

The RBA took the official cash rate to 0.25 per cent in March but expectations have grown in recent weeks that on top of a $200 billion line of credit to commercial banks it will cut interest rates to just 0.1 per cent.