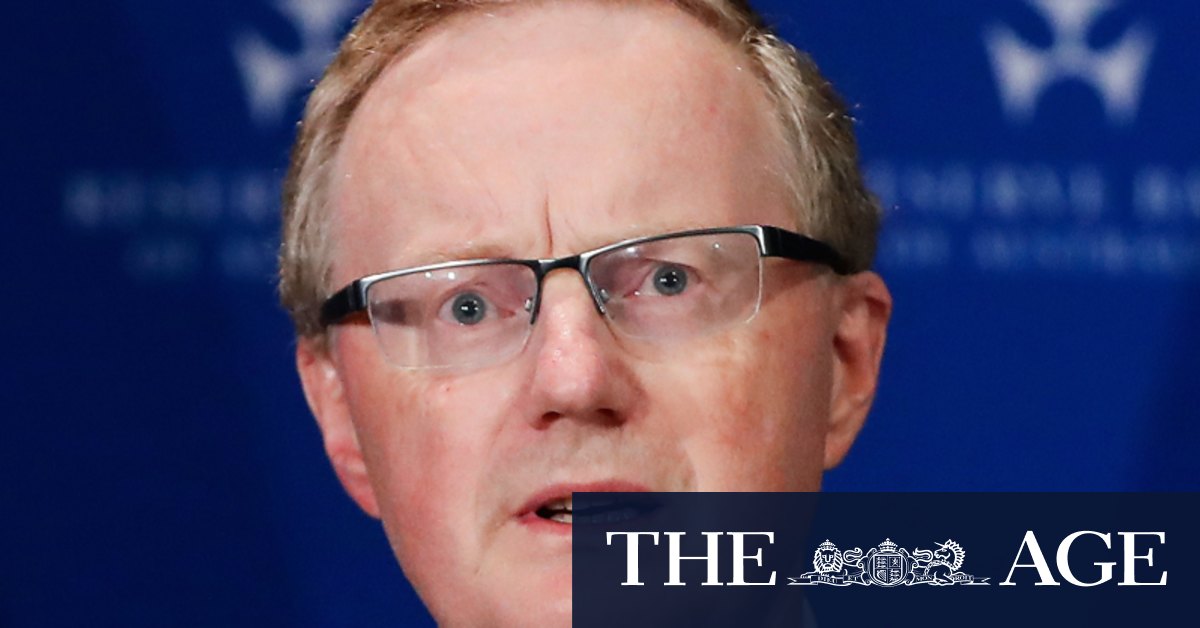 The federal stimulus is expected to send the budget into a $220 billion deficit and will include fast-tracked personal income tax cuts, measures to allow pandemic-hit businesses to carry back their losses, and wage subsidies for 100,000 apprentices, along with a swathe of other measures when it is announced after 7pm.

“The global economy is gradually recovering after a severe contraction,” he said. “However, the recovery is uneven and its continuation is dependent on containment of the virus.”

Wages and inflation have also been flattened by an economy struggling to get out from under the coronavirus pandemic. Neither measure is expected to rise in the short term.

Dr Lowe said the Australian economy had been supported by a substantial easing of fiscal policy and it was performing relatively well compared with other countries, with the exception of China, where conditions have “improved substantially” over recent months.

He said the measures would be required for some time given the outlook for the economy and “the prospect of high unemployment”.

“The board views addressing the high rate of unemployment as an important national priority,” Dr Lowe said. “The national recovery is likely to be bumpy and uneven and it will be some time before the level of output returns to its end 2019 level.”

To pump more money into the economy, the RBA board on Tuesday also maintained the yield on 3-year Australian government bonds and the parameters for the expanded term funding facility, which gives banks access to cheaper credit if they expand their lending to businesses.

“The bank’s policy package is working as expected and is underpinning very low borrowing costs and the supply of credit to households and businesses,” Dr Lowe said.

“The board will maintain highly accommodative policy settings as long as is required and will not increase the cash rate target until progress is being made towards full employment.”

The RBA has regarded full employment as close to 4.5 per cent. Unemployment fell to 6.8 per cent in August but after taking into account those on Jobkeeper payments who may become unemployed once the wage subsidy is wound back, the actual rate of unemployment is likely to be higher than 10 per cent.

Shadow treasurer Jim Chalmers accused the Morrison government of being slow to act to head off longer unemployment queues while leaving monetary policy to do the work.

“Fiscal policy hasn’t done enough of the heavy lifting during this recession,” he said.

“For some time now the Reserve Bank has been pushing for more support for jobs at the same time as the government has been unwinding it,” he said.

“In due course the RBA will likely reduce the official cash rate to 0.10 per cent, but today wasn’t the day,” he said.

“This is an appropriate decision given that the RBA already has measures in place to support Australian businesses. Tonight, it is the turn of the federal government to set out a clear agenda for recovery in what is the most important fiscal update in close to a century.”

Capital Economics senior economist Marcel Thieliant said he now expected the bank to cut the cash rate, the 3-year yield target and the interest rate on the term funding facility to 0.1 per cent at its November meeting.

“We also expect the bank to announce additional purchases of government bonds in order to reduce long-term interest rates,” he said.