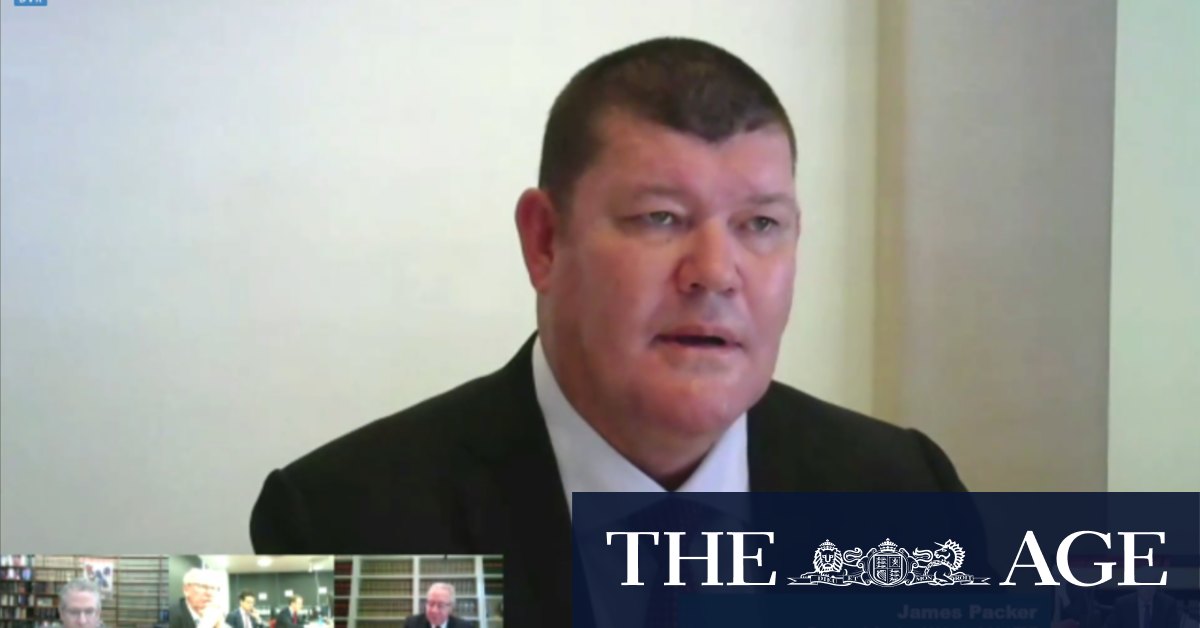 The inquiry was adjourned shortly before 3pm so that Mr Packer could be asked in a closed hearing about certain emails sent in 2015 about the proposed privatisation deal. His lawyers were granted their request for these questions to be asked in private because of concerns about his state of mind at the time of writing the messages.

The first 40 minutes of the inquiry have been busy, but spent on high-level questions, which could indicate that it may dig in deeper into issues later during today’s hearing.

Over the past couple of months, the inquiry has been examining various probity issues at the casino giant and will make a recommendation to the NSW government on whether Crown should keep the licence for its new casino at Barangaroo.

Mr Packer owns 36 per cent of Crown and was its chairman for many years but has not had an official role with the company since he left its board in 2018. However the inquiry has heard the billionaire has continued to wield significant influence at the ASX-listed group.

Witnesses are appearing at the inquiry via video link due to COVID-19. For Mr Packer, that means he’s dialling in from his $200 million superyacht, IJE, which we believe is moored somewhere in the South Pacific.

This inquiry – which has the same powers as a royal commission – was triggered by a series of reports last year by The Age, SMH and 60 Minutes which revealed that Crown went into business with “junket” tour figures linked to Asian organised crime groups, allowed itself to be used to launder drug money, and put its staff at risk of arrest in China.

Previous How about timed tickets to the beach? More creativity needed so Sydney can enjoy a COVID-safe summer
Next Trump’s treatments are unproven, unapproved and may cause mania