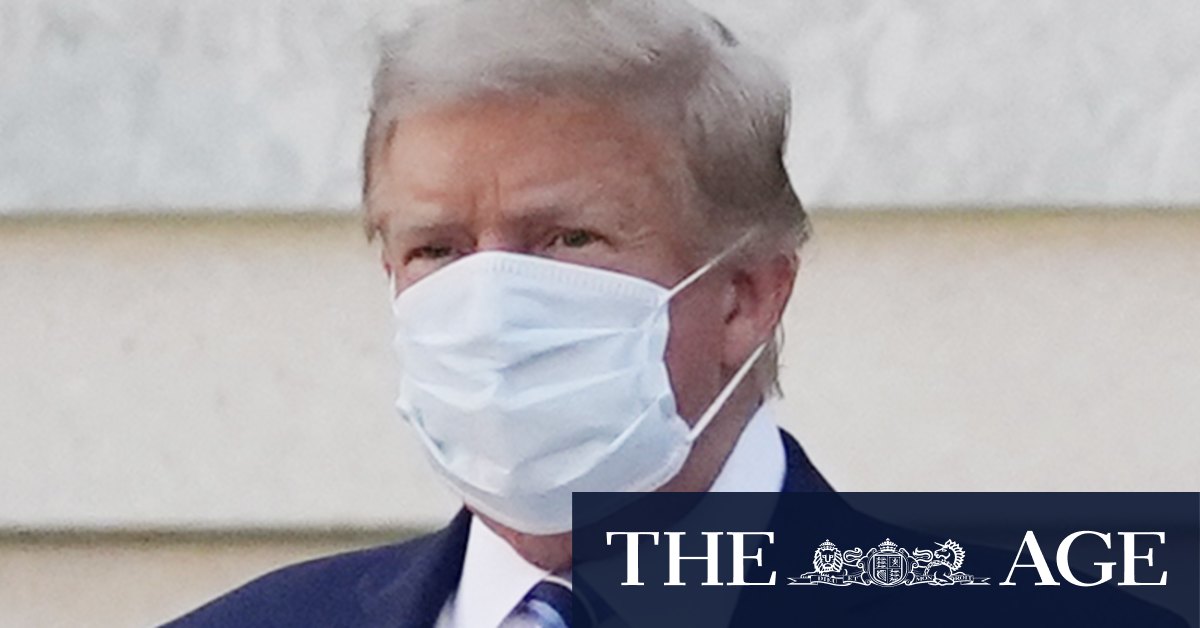 Since the beginning of the COVID-19 pandemic, President Donald Trump has been criticised for sharing misinformation. The world has watched as he has fronted press conferences, telling Americans an ever-growing list of fallacies. He told the nation things including that everyone should take disproven medication hydroxychloroquine, even that injecting bleach is a viable treatment. Despite scientific evidence that masks stop COVID-19 from spreading, Trump has mocked his opponents for wearing face coverings in public.

His advice has been far from benign. The world has watched in horror as mass crowds protest across the United States ignoring actions such as masks, social distancing and lockdowns. Calls to poisons information lines have increased with some taking the President’s advice to inject bleach. Now, the President himself has fallen victim to his anti-science rhetoric confirming last week that he and the first lady contracted the virus. Possibly linked to a White House event where social distancing and masking were ignored, the tally of those infected rises daily. The Trump administration’s shunning of expert advice, and ignorance of the science of this pandemic has been squarely blamed for the loss of more than 200,000 American lives.

At 74-years-old with suspected concurrent medical concerns, Trump could be facing an illness that could take his life or lead to long-term problems. Unsurprisingly, the President has been receiving cutting edge care. In fact, so high are the stakes for his recovery, President Trump has been reported to be receiving virtually every treatment, proven or experimental that the medical profession has to offer.

I can’t help but marvel as to the irony of this situation. Possibly the most well-known science denialist is now getting the very best and most cutting-edge medical science the world has to offer. A man who has so vehemently diminished science to the detriment of himself and many others is now reliant on it to save his life. Trump is probably not alone in this; anti-science rhetoric is so common nowadays, but inevitably if your life and health is under threat, is the science of medicine that people will still turn to, no matter how strong and misguided your beliefs once were.

Many around the world have revelled in the schadenfreude of the situation. Some wish for a full recovery, other have openly hoped for the exact opposite. My greatest hope for the President’s illness is much simpler. I hope that President Trump goes on to develop a newfound respect for the doctors, the researchers and the science that might save him, though his recent comments seeking once again to downplay the risks of the virus suggest that hope is slim. Every American deserves to have their lives saved by the same science that might well save the President’s.