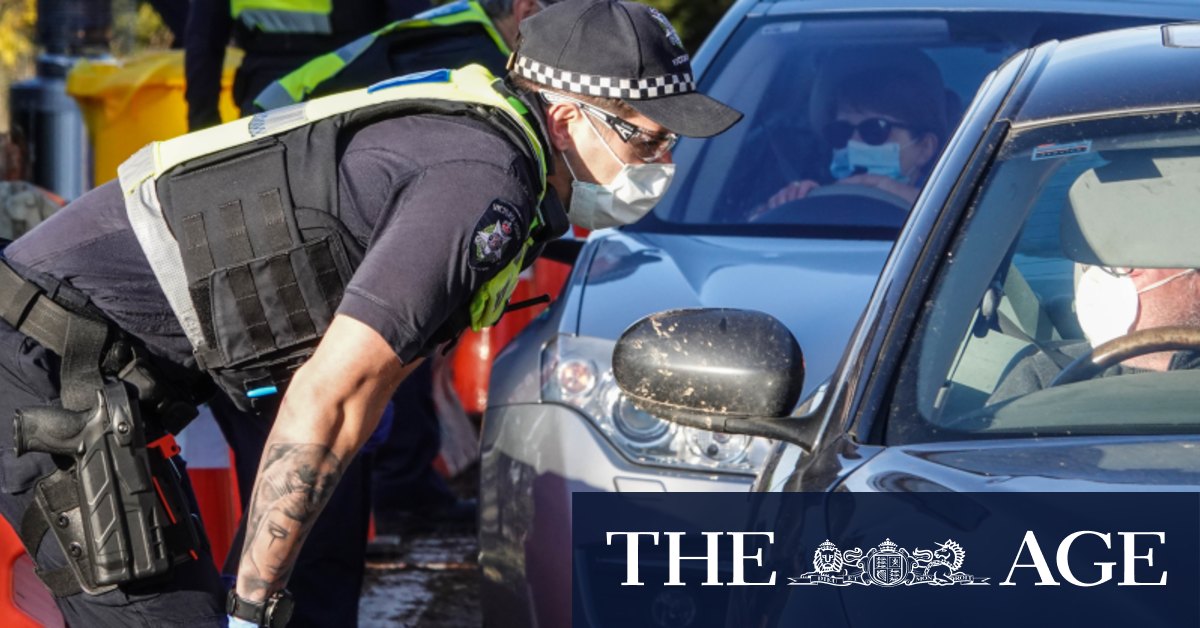 More than 200 residents of the Victorian town of Kilmore came forward for COVID testing on Tuesday, after the virus spread to the area via a traveller connected to the Chadstone outbreak, which has grown to 31 cases.

Jeroen Weimar of the Department of Health and Human Services said anyone who visited Oddfellows cafe in Kilmore between last Wednesday and Saturday, where the virus was spread by a visiting Melbourne resident, should get tested and self-isolate immediately.

Many had already done so, Mr Weimar said, and he praised the way the business had handled the situation.

“This all started with actually some really good behaviour by the cafe, both the waitress who got tested as soon as she felt the onset of symptoms, got tested early and that’s how we were able to identify an issue in Kilmore at all,” Mr Weimar said.

“We’ve also followed up – thanks to the excellent records the cafe has kept – they gave us 177 customers who have been to the cafe over the four days.

“Each of those people has been followed up and as a result, we have 177 people and the people that they live with … who are now self-isolating. That’s a big ask. We’re asking them to do that because they are close contact of a suspected case.”

The Victorian government is trialling this tactic of asking “third ring” contacts to isolate to try to catch any new cases before they spread.

“They had a call yesterday morning that said who do you live with, we need all those people who you live with to stay within the house and we will arrange testing for you to make sure that we keep them safe.

Mr Weimar says a cluster at Frankston was now under control, but the outbreaks at Chadstone and Kilmore continued to be of concern.

About 1300 people have been tested at Chadstone over the past few days.

“Our message remains for people working at Chadstone, for people who have shopped at or been at Chadstone in the last 10 days, if you have any symptoms, no matter how slight, you should come forward and get tested,” Mr Weimar said.

The same approach is starting to be used with the Chadstone cluster too, but has only been started with the latest cases Mr Weimar said.

Mr Weimar denied that using the approach earlier on with the Chadstone cluster would have helped stop the spread of the outbreak.

“I don’t think so. If you look at the Chadstone cluster, we got a good grip on it first off,” he said.

“Clearly, we have a few days before anybody is tested symptomatically, before anybody has come forward, where you’ve got people who are infectious going about their work and we’ve clearly seen transmission during the first days at Chadstone before we knew there was a positive case there – where they’ve transmitted it to other workers in that complex and then people go home at night so they’re a high risk of spreading it to people they live with.”

Mr Andrews said the ‘third ring’ rule could become more widespread if it proves to be effective.

The total number of active cases in Victoria now includes 58 linked with aged care outbreaks (down from 66 yesterday), and 26 healthcare workers (down from 27).

There are now 16 Victorians fighting the virus in hospital, including two in intensive care.

More than 16,400 tests were processed on Tuesday.