Mathias Cormann to resign to pursue top job at OECD 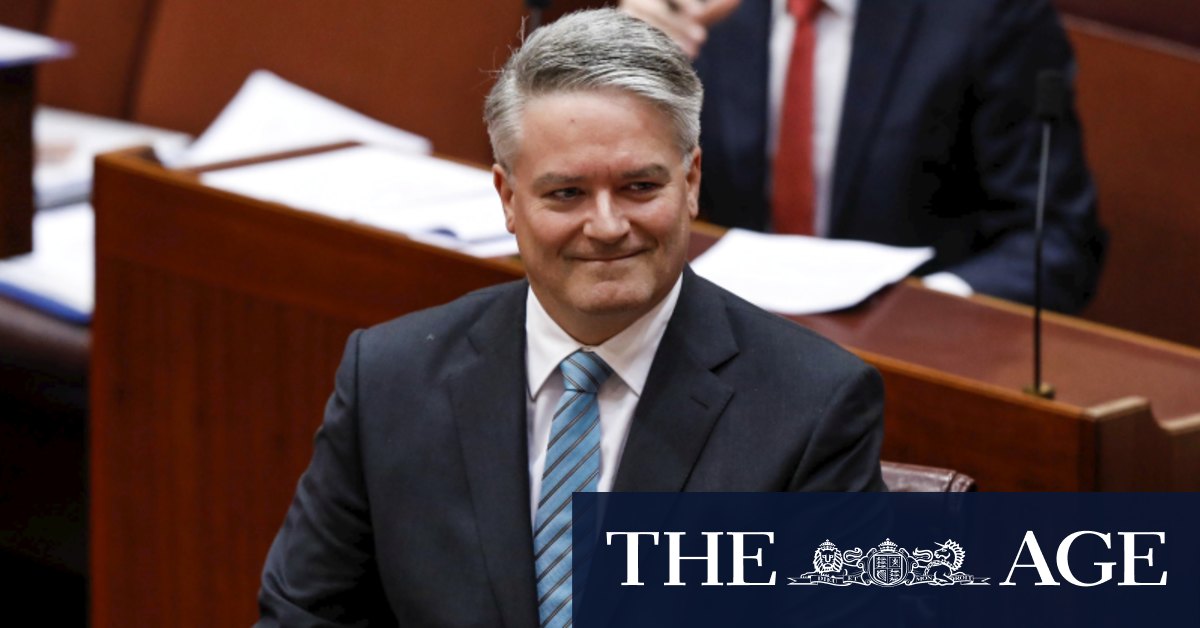 Senator Cormann will formally retire from the Senate on October 30 after which he will be nominated for the Paris-based position.

“The OECD brings together most of the European economies, but it also brings together the economies of North America and the Asia-Pacific as a truly global organisation and a voice from the Asia-Pacific which will increasingly be the centre of the global economy, a voice that understands this region as well through our traditional relationships with both Europe and North America, we think, is just what the OECD needs,” he said.

Mr Morrison said Simon Birmingham, the current Trade Minister, would replace Senator Cormann as Finance Minister and as government leader in the Senate.

Senator Cormann, the most senior West Australian member of the government, said it was a great honour to be nominated for the position.

“I thank the Prime Minister for showing such faith in me,” he said. “The OECD is without any doubt one of the most consequential international economic policy and governance bodies in the world today. Through its work over the past six decades, it makes a difference to the lives, the daily lives, of billions of people all around the world.”

If successful, Senator Cormann would be just the sixth secretary-general of the Organisation for Economic Cooperation and Development and the first from the southern hemisphere. He would replace Angel Gurria of Mexico who has been in charge of the organisation since 2006, covering both the global financial crisis and the current coronavirus pandemic.

“I will continue to put my heart and soul into this job until the end of October,” he said.

“I look forward to participating in that great democratic exercise which is Senate estimates for the final two weeks of October. And after that I give you this commitment: I will do everything I can to help secure, successfully secure, the position for which Australia has been kind enough to nominate me here today. “

Senator Cormman’s nomination was first reported in the CBD column in The Sydney Morning Herald and The Age in late May.

Senator Cormann faces a large field of opponents for the position. He said as a veteran of preselection contests, he was not taking anything for granted.

“I look forward to working as part of a strong team, Team Australia, to put our best foot forward, to put our case, both in terms of our proposed agenda as well as in terms of my own personal credentials,” he said.

“And then it will be a matter for the decision-makers to make a judgement on who they think is best equipped to lead the OECD moving forward.”