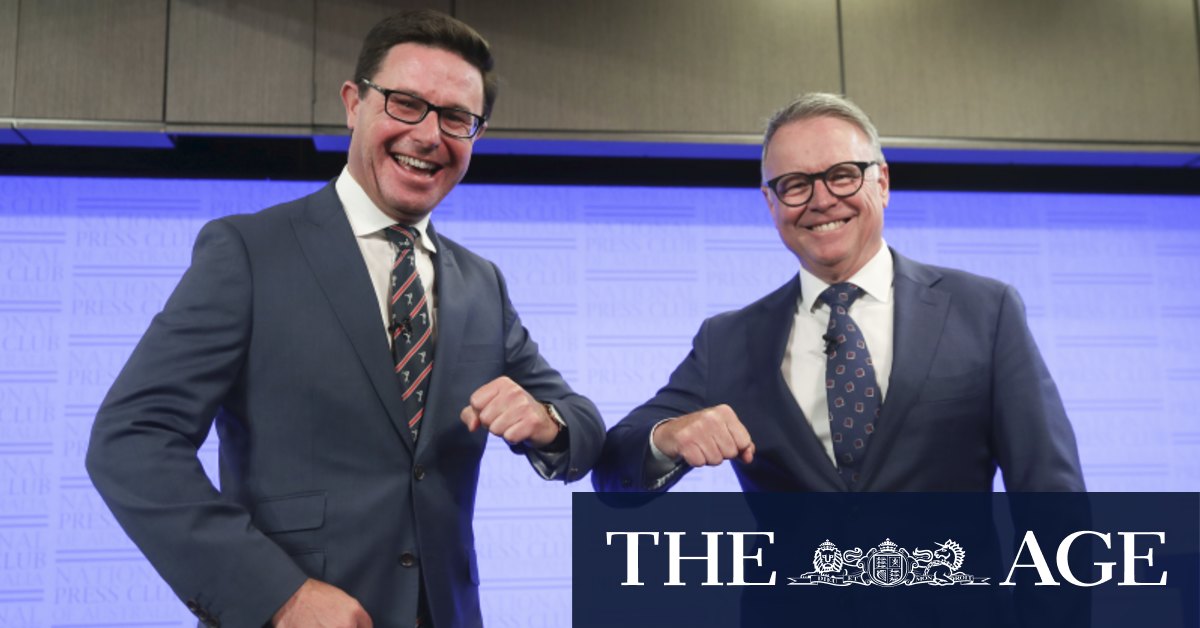 About 80 per cent of Australia’s agriculture sector’s revenue comes from exports, and Australia’s major agriculture groups such as the National Farmers Federation, GrainGrowers, and the red meat industry have set their own firm net zero deadlines in a bid to to maintain access to their markets and avoid tariffs they may incur in the absence of government policy.

The federal government has said it would achieve net zero emissions by some time in the second half of the century.

While Labor has committed to decarbonise the economy by 2050, Mr Fitzgibbon has criticised this decision, arguing his party’s policy should be limited to match the Coalition.

Mr Fitzgibbon agreed with Mr Littleproud that an emissions deadline “might be jumping the gun a bit” and described the farm sector’s targets as businesses hedging against risk.

“This is only going to grow and it’s inevitable they’ll start to put in place trade or other geopolitical influences to ensure trading partners meet their commitments under the Paris Agreement,” he said.

“Every major policy reform attempted in the US has involved some sort of measure to ensure China in particular is playing ball, and the US industries aren’t disadvantaged. It’s inevitable a future president will look at similar measures.”

In confirmation hearings last week the EU’s new Trade Commissioner, Valdis Dombrovskis, said while the carbon border adjustment mechanism was still in development, he hoped legislation would be ready to be put to Parliament by mid-2021. Mr Dombrovskis replaced Phil Hogan, who had been criticised for not doing more on the environment, pledging to put “climate action at the top of the agenda” for the EU. Mr Dombrovskis will now become the EU’s chief negotiator with Australia on the looming EU-Australia free trade deal.

Mr Dombrovskis said the tax would have to be World Trade Organisation compliant, meaning EU producers would be subject to the same carbon limits as those from Australia to “prevent discrimination between foreign and domestic products”. The move is likely to incentivise EU producers to go carbon neutral, while potentially hitting Australian exporters with the levy if they fail to meet the EU targets.

Australia has been pushing for climate and trade outcomes to be separated in negotiations over the free trade deal but the agreement is unlikely to get through European Parliament without a strong climate commitment. EU Commission President Ursula von der Leyen relied on the support of environmentally focused MPs to get elected last year.

“Such a proposal will be developed in full transparency including stakeholder consultations and is expected to be presented in the course of next year.”