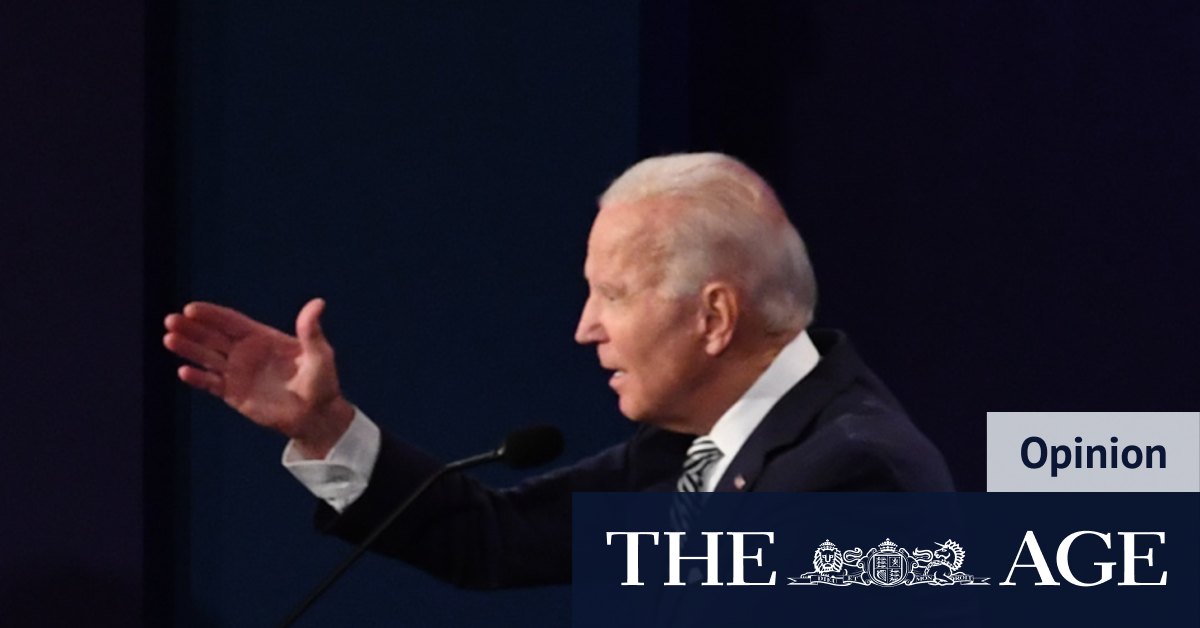 The sharp polling shift in favour of Biden this week coincided with a rethink on Wall Street about what a victory for the Democrat could mean for the markets. Strategists from top investment banks including JPMorgan and Citigroup are growing more comfortable with that potential outcome.

Trump has been good for the US stockmarket – perhaps not as good as the president implies with his tweets – but much better than many investors thought he would be this time four years ago.

The benchmark S&P 500 index is up nearly 50 per cent and has hit record highs on his watch. That compares to a return of about 70 per cent under Barack Obama and a 16 per cent slide under George W Bush at comparable points in their presidential cycles.

Until now, the dominant narrative among investors has been that Biden would be bad for the markets, or at least not as good as Trump has been. For one thing, the former vice-president plans to reverse some of Trump’s business tax cuts, which would be negative for corporate earnings.

There is also a strong belief that, in a nod to the ascendant left wing of his party, Biden would impose significant regulation on America’s technology giants, which are now the biggest companies on its sharemarket and responsible for much of the broader market’s impressive returns. (For what it’s worth, not everyone is persuaded by that logic. RBC Capital Markets analyst Mark Mahaney says differences between Trump and Biden on tech “will likely be more nuanced than dramatic,” pointing to Biden’s looser stance on immigration and plans for $300 billion in spending on 5G, electric vehicles and artificial intelligence as positives for the sector).

At the very least, it is a safe bet to assume that should he win the keys to the White House, Biden will not view the S&P 500 as a barometer for the success of his presidency as Trump has done.

The ‘Biden-is-bad for Wall Street’ narrative started to fade this week though, as the odds of a clear victory for the former VP appeared to rise.

Yet one of the key lessons of the past four years is that, in the bitterly divided reality TV show that is American politics, almost anything is possible. And the renewed market optimism about a Biden victory that surfaced this week hinges on a few critical assumptions.

The first is, of course, that Biden will actually win. The polls famously pointed to a Clinton victory four years ago, and we all know what happened then. Sure, Biden’s lead in the national polls and in key swing states appears to be more commanding than Clinton’s were in 2016. But polling has proved unreliable at multiple elections around the world (including Australia) and there is still nearly a month to go before election day.

The next assumption is that that a ‘blue wave’ of support for Democrats will ensure the party achieves control of the Senate, and is therefore actually able to govern and pass legislation. Polling and betting markets are pointing to this too, but again the experience of 2016 should give everyone pause for thought.

The final assumption is that Biden’s victory will be so strong that the result will not be contested by Trump. Based on the president’s recent utterances and behaviour, and the fact the postal voting is expected to be higher among Democratic voters than Republicans, coupled with concerns about turnout and voter supression, that is an assumption that could prove naive.

One thing is for sure. Investors detest uncertainty, and if the leadership of the world’s largest economy (and most powerful military apparatus) is undecided for weeks, the markets really won’t like it.