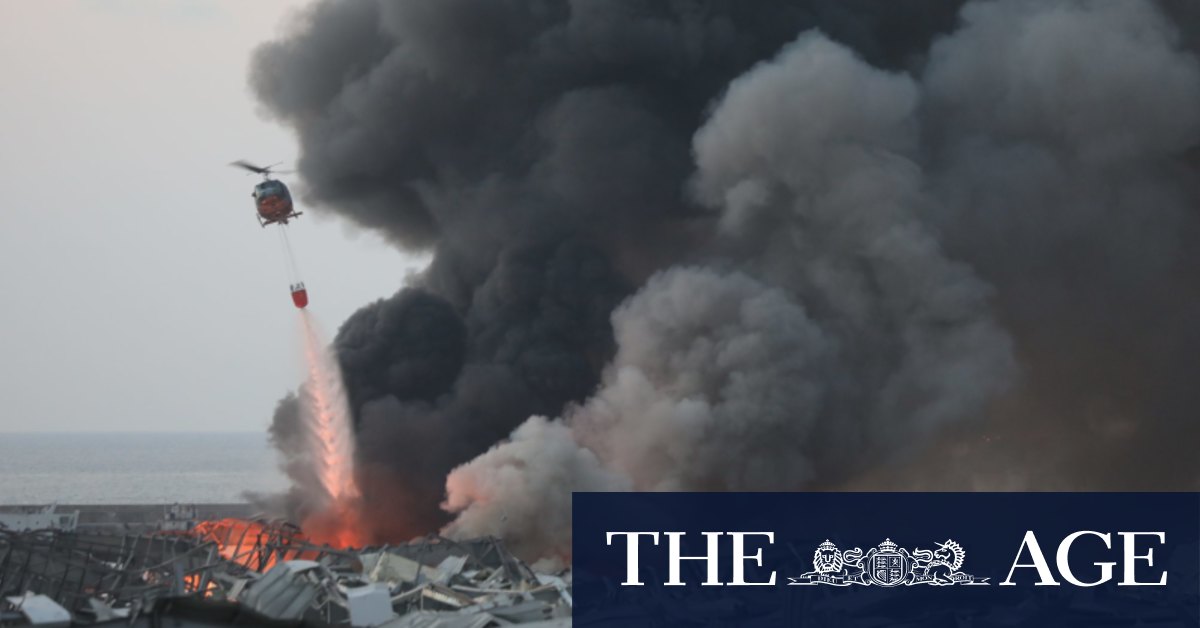 Boris Prokoshev was captain of the Rhosus ship when it arrived in Beirut in 2013, and he had identified Igor Grechushkin, a Russian businessman in Cyprus, as the owner. A security source and a judicial source said they were the two people for whom Lebanon asked for arrest warrants on Thursday.

Grechushkin, 43, was questioned in Cyprus in August. Attempts by Reuters to reach Grechushkin were unsuccessful.

Cyprus police spokesman Christos Andreou said, regarding an Interpol request on Thursday: “We have not received such a request.”

Prokoshev, who is in Russia, said he had not heard anything about it and that he has not been contacted by investigators before.

He has told Reuters that 2750 tonnes of the chemicals ended up in Beirut after the ship’s owner told him to divert to Beirut to pick up extra cargo in 2013. He has also said Lebanese authorities paid little attention to the ammonium nitrate, which had been stacked in the hull in large sacks.

The Rhosus had loaded ammonium nitrate in Georgia, shipping records show, before making the unscheduled stop in Lebanon.

But it never left, becoming tangled in a legal dispute over unpaid port fees and ship defects.

Beirut port authorities impounded the vessel after it arrived in late 2013 due to outstanding debts, according to a state security report which Reuters revealed in August. In 2014, the ship was deemed unseaworthy and its cargo was unloaded in October and warehoused in what was known as Hangar 12, the epicentre of the explosion.

The ship sank near the port’s breakwater in February 2018, the report said.

Previous What women want: Female vote key but policies lacking in NZ election
Next JobSeeker boost would have delivered more bang for buck than tax cuts