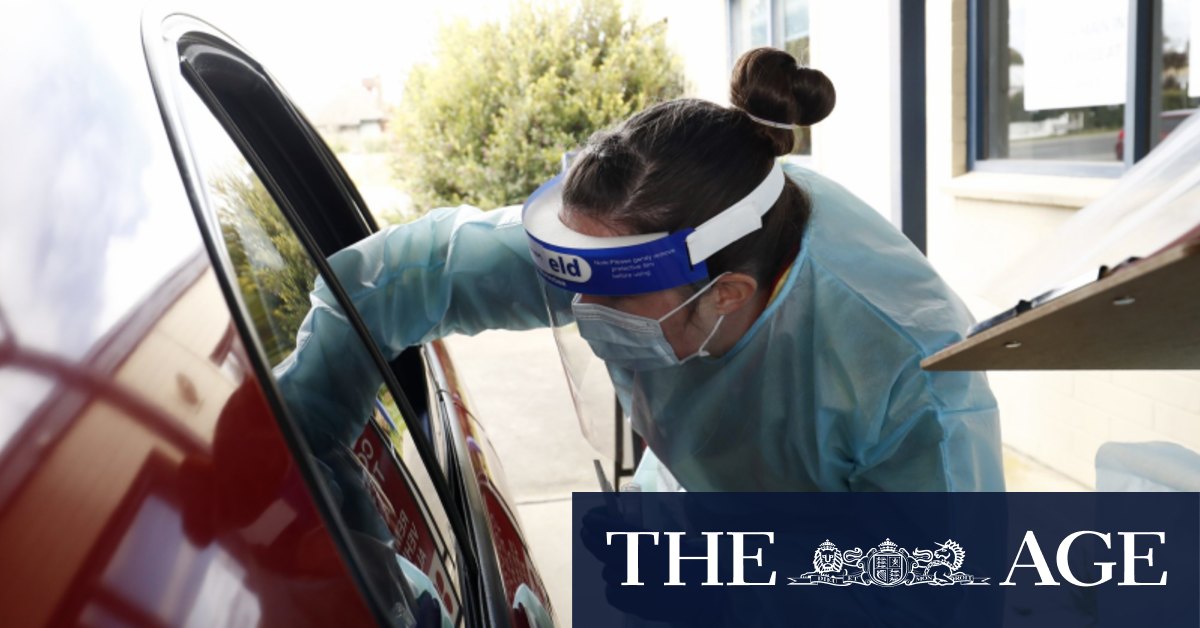 His comments came as Victoria recorded 11 new cases on Thursday, including two in regional areas.

One new case emerged in the Mitchell Shire area and is connected to the Kilmore cafe outbreak, another case was detected in Mildura, but Deputy Chief Health Officer Allen Cheng said it was thought to be a false positive.

Kilmore residents have reportedly received conflicting advice about self-isolating as hundreds turned out for testing to prevent a widespread COVID-19 outbreak after an infected Melbourne resident connected to the Butcher Club-Chadstone cluster dined at the town’s Oddfellows Cafe.

Some residents were reportedly told at testing sites to immediately self-isolate for 14 days only to be later told by the Health Department that they could continue to move around the community.

“It is an evolving thing,” Mr Andrews said.

“The changes in advice are all based on the picture becoming more and more complete as the hours and the days go by. That’s the only way you can do it, otherwise, you’d have your resources allocated in the wrong places.”

Professor Cheng was not sure what self-isolation advice had been given to Kilmore residents when asked on Thursday, but said some would have been told to quarantine if they were identified as close contacts.

However, authorities are trialling a tactic of asking “third ring” contacts in the Kilmore and Chadstone clusters to isolate, to try and stop the spread of the virus.

Under the trial, anyone who visited the Kilmore cafe between last Wednesday and Saturday – and their close household contacts – have been asked to self-isolate pending test results and further contact tracing. The same “third ring” tactic is also being used with the wider Chadstone cluster, but has only been applied to the most recent cases.

“Say the four of us are at a cafe, one of us tests positive, but we’ve got no connection other than that cafe, we might be asked to isolate because we could potentially be a close contact of each other. If, however, it turns out that none of you three test positive after three days, say, then the advice to you about how long you need to isolate and therefore the knock-on for your close contacts … and their close contacts … that may well change.

I know it’s frustrating … a group of people were told one thing on day one, [but] things change as things evolve. This is a jigsaw where you don’t get all the pieces when you open the box. Advice will change to different people at different times.”

Victoria recorded a fatality-free day on Thursday, with the state’s death toll remaining at 809.

The latest cases bring the statewide 14-day average, which is tied to the next stage of easing lockdown restrictions, to 10.1 new cases per day.

For Melbourne to move to step three of the state government’s road map for easing restrictions on October 19, Victoria’s 14-day average for new cases has to be below five.

But despite the plateau in the rolling average, Professor Cheng said he was more concerned about the number of mystery cases with no known source, which grew by two overnight to 14.

The government aims for there to have been five or fewer mystery cases between October 4 and October 18 in order for restrictions to ease on schedule.

“That is the figure that worries me most at this stage,” Professor Cheng said, highlighting that for every mystery case there is at least one other unknown person who transmitted the virus.

Professor Cheng says that chance will play a big role in whether the state reaches the benchmark for easing calling it a day-by-day proposition.

The Deputy Chief Health Officer said someone who contracts the virus but works from home and doesn’t see many others wouldn’t cause a large problem, but if they happen to be someone in a workplace who has a lot of exposures and many contacts, there was the potential for a “super-spreader event” to knock the state off course.

While Premier Andrews said there was “very little chance” that absolutely no changes to restrictions would happen on October 19, he warned steps could be small if numbers weren’t ideal.

“We’ll look to make as many changes as we can,” he said. “I can’t rule out anything at this stage.”

Meanwhile, the manager of the Butcher Club, who was among the first people to contract the virus from a Frankston cleaner at Chadstone shopping centre, remains in intensive care, but is feeling “very upbeat”.

The manager of the butcher shop was rushed to hospital on Tuesday after his condition deteriorated.

Peter Robinson, co-owner of the business, said the 57-year-old store manager was “very upbeat” when he spoke to him on Thursday morning.

“He’s feeling a lot better this morning – that is good,” Mr Robinson said.

The manager, who does not want to be identified, is currently receiving oxygen but is not on a ventilator.

Mr Robinson said it was expected his colleague would remain in the ICU for another day or so, before spending four or five days in a general ward.

The manager’s stint in hospital is his second since he contracted the virus. His wife and two daughters have also tested positive to COVID-19, Mr Robinson said.

Mr Robinson said all other staff with the virus were doing well, with two having never displayed symptoms.

The Chadstone outbreak has grown to 31 cases, including staff members, customers and their close contacts.

Meanwhile a Chemist Warehouse store on Springvale Road in Forest Hill has been added to Melbourne’s list of high-risk COVID exposure sites. Anyone who was at the store on Monday, October 5, between 11.30am and 11.50am, is advised to be on high alert for symptoms.

Coronavirus “surveillance” asymptomatic saliva testing will be ramped up at high-risk workplaces in regional Victoria, starting with Hazeldene’s poultry farm in Bendigo next week, where 200 workers will be tested each day.

The test, developed by Melbourne’s Doherty Institute and trialled successfully on 1000 Victoria Police members, has been developed to detect the virus in workers with no symptoms.

Meanwhile, a woman who refused to wear a face mask while walking her dog on Melbourne’s bayside and spat at police officers was among 69 Victorians fined for breaching lockdown rules on Wednesday.

There are now 203 active cases remaining in Victoria, including 50 linked to aged care and 25 healthcare workers. Seventeen Victorians are in hospital including the Butcher’s Club manager who is the only patient currently in intensive care.

Marissa Calligeros is a journalist at The Age

Previous Snowdens in for Wild Everest ride in Roman Consul
Next ‘My biggest fear is us’: Raiders – not Roosters – keeping Stuart up at night