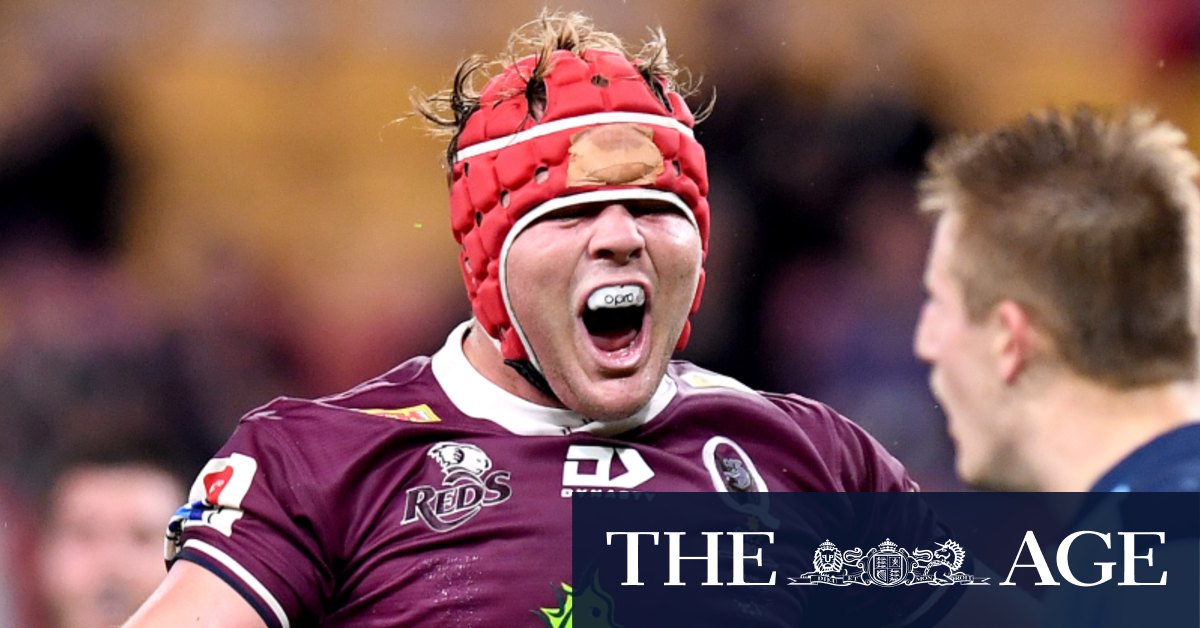 Daugunu has been the Reds’ highlight machine for the past few years.

The Fijian flyer – who gave up his dreams of becoming Fijian soccer’s top goalkeeper just five years ago – brings a similar level of finishing ability to the fold as fellow Fijian Marika Koroibete, who will start on the other wing.

But he is also capable of some absurd playmaking – all while running at top speed – in open play.

Paisami is the unknown quantity of the trio. The 22-year-old was sleeping in his agent’s office every night less than 18 months ago, having been dumped by the Melbourne Rebels.

The Reds handed him a lifeline and he burst onto the scene this year while Jordan Petaia nursed injuries.

His explosive carries and big hits in defence will prove invaluable outside Rennie’s two-playmaker, 10-12 combination.

Paisami’s inclusion in Rennie’s starting XV has in part come about due to the absence of Petaia. The Wallabies have insisted for weeks the star centre would be available but sources told the Herald he had not spent enough time on the training paddock to be considered for selection.

“Sometimes that is to do with training times and combinations and time on ground and things like that,” Taylor said.

Lolesio was considered a chance of beating James O’Connor to the prized No.10 jersey but Rennie opted to ease the 20-year-old into the Test arena.

Lolesio has been named on the bench alongside fellow ACT star Rob Valetini, whose only Test came against Samoa before last year’s World Cup.

“There are a lot of players who are here who have put their hands up in terms of selection,” Taylor said. “It’s good that is the case because whenever you select a squad, you want guys putting their hand up.

“I certainly think that most of the squad have put themselves in a position to be selected and we’ve just got to work on the best team that we think has the ability to win this Test match.

“There might be a few surprises in terms of what people think but probably not surprises to us in terms of how they’ve operated or performed in the environment.”