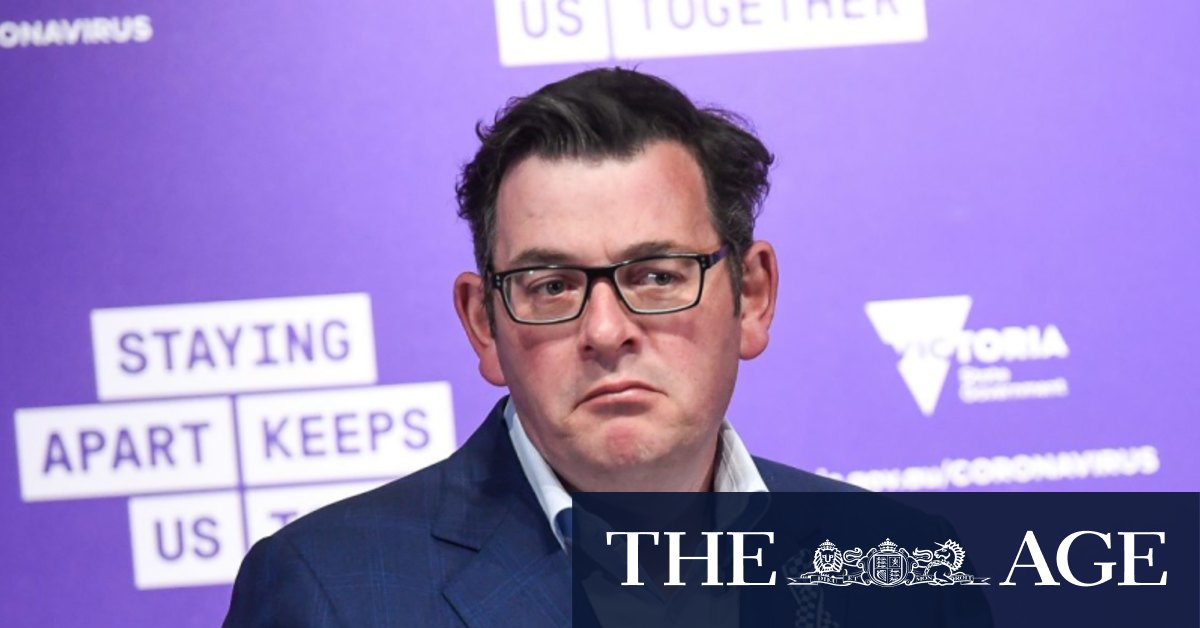 “If a request were made, then of course,” Mr Andrews said on Friday.

The issue arose as former health minister Jenny Mikakos, who stood down after Mr Andrews told the inquiry that she was the minister responsible for the hotel quarantine program, took a parting shot at both the Premier and Jobs Minister Martin Pakula.

In her final submission, Ms Mikakos said the Premier’s evidence should be treated with “caution” and that Mr Pakula shared responsibility for the program’s failings.

“The board ought to treat with caution the Premier’s evidence where he sought to explain the reference to the use of private security in the hotel quarantine program,” she said.

The inquiry into the hotel quarantine scheme, which seeded the state’s second wave of COVID-19 infections that has now taken nearly 800 lives and forced Melbourne into its gruelling 11-week lockdown, is due to wrap up its work with the publication of its final report on November 6.

In Ms Mikakos’ submission, she said her resignation was not an “admission of responsibility” for the quarantine program and that accountability was shared with Mr Pakula.

“It would be a nonsense, it is submitted, for the DHHS, and through it, Ms Mikakos, to be considered to be solely responsible and solely accountable for the hotel quarantine program,” the submission said.

The publication by the inquiry on Friday of 14 submissions from government departments, police, security companies, hotels and Ms Mikakos threw the unanswered questions around private security contractors in the quarantine hotels, and who made the decision to hire them, back into the spotlight.

It was one of the key questions the Premier established the inquiry to answer, with more than 30 guards contracting COVID-19 while working in the hotels amid lax infection control procedures in the government-run program.

Several of the submissions rubbished the idea, floated in the closing submissions by the inquiry’s lawyers, that the decision to use guards was down to a “creeping assumption” among a large group of decision-makers, rather than one individual.

Attempts to identify the decision-maker have focused on six missing minutes during a flurry of meetings and phone calls between then police chief commissioner Graham Ashton, emergency management officials and public servants in the hours after the national cabinet agreed on March 27 that each state would set up quarantine hotels to detain returning overseas travellers.

One of the submissions, from barrister Andrew Woods acting for Rydges, whose Swanston Street hotel has been linked to the vast majority of Victoria’s second wave of infections, said the evidence did not support the idea of a “creeping assumption”.

“Without interrogating the network provider’s records of all incoming and outgoing landline and mobile telephone calls of Mr Ashton, Mr Eccles and those working with them in that short period of time on the afternoon of 27 March, 2020, the Chair could not possibly conclude there was simply a ‘creeping assumption’,” Mr Woods wrote.

Ms Mikakos also dismissed the notion of a “creeping assumption”, saying it did not accord with the reality of government decision making and cast doubt on Mr Andrews’ version of events surrounding the security guard decision.

Ms Mikakos did not respond to a request from The Age for further comment.

The Premier, who confirmed he had not spoken to Ms Mikakos since she resigned from cabinet, was unforthcoming.

“We have a board of inquiry that is writing a report. I don’t accept that criticism but ultimately that will be a matter for the board to report on among many other matters,” he said.

Mr Pakula, in response to Ms Mikakos’ submission, said he didn’t propose to “make any further comment prior to the receipt of Justice Coate’s report.”

Mr Andrews addressed the question of his phone records in a tense exchange with Peta Credlin, former chief of staff to Liberal prime minister Tony Abbott, during Friday’s media briefing.

Ms Credlin put to Mr Andrews that his records, Mr Eccles’ records, Police Minister Lisa Neville’s records and the Premier’s chief of staff Lissie Ratcliff’s records had not been provided to the inquiry.

Mr Andrews said no one else had been asked to hand over their phone records by the board.

“Because frankly, the inquiry, the board are conducting this inquiry, they’re doing that work. And if they want to make a request of me then they are free to so,” Mr Andrews said.

The missing records centre on where Mr Ashton obtained information that resulted in a text on March 27 to his federal police counterpart that private security would be used in a “deal” that was “set up” by the Department of Premier and Cabinet.

Victoria Police said “someone had given information” to Mr Ashton, though he couldn’t remember who it was.

The only phone logs submitted to the inquiry were Mr Ashton’s, who voluntarily handed over his outgoing call records.

“Victoria Police did contact Telstra and request incoming call data for the former Chief Commissioner’s phone but they advised correctly that under the Telecommunications (Interception and Access) Act 1979 they are unable to provide that data unless it related to a criminal investigation or missing person investigation,” a police spokeswoman said.

Mr Woods said without the phone records, the only safe finding the inquiry could make was that someone within the Premier’s department “decided that private security would be used”.

Meanwhile, lawyers for Unified Security, one of the firms that supplied the guards, laid the blame for the program’s failures squarely at the feet of the government in its submission.

“The unprecedented health crisis was caused by systemic failures in the highest levels of government, in particular the failure of the Department of Health and Human Services to adequately consider and assess the risks involved in the Program and to take responsibility for the Program as the agency in charge,” Arthur Moses SC and Jaye Alderson said.