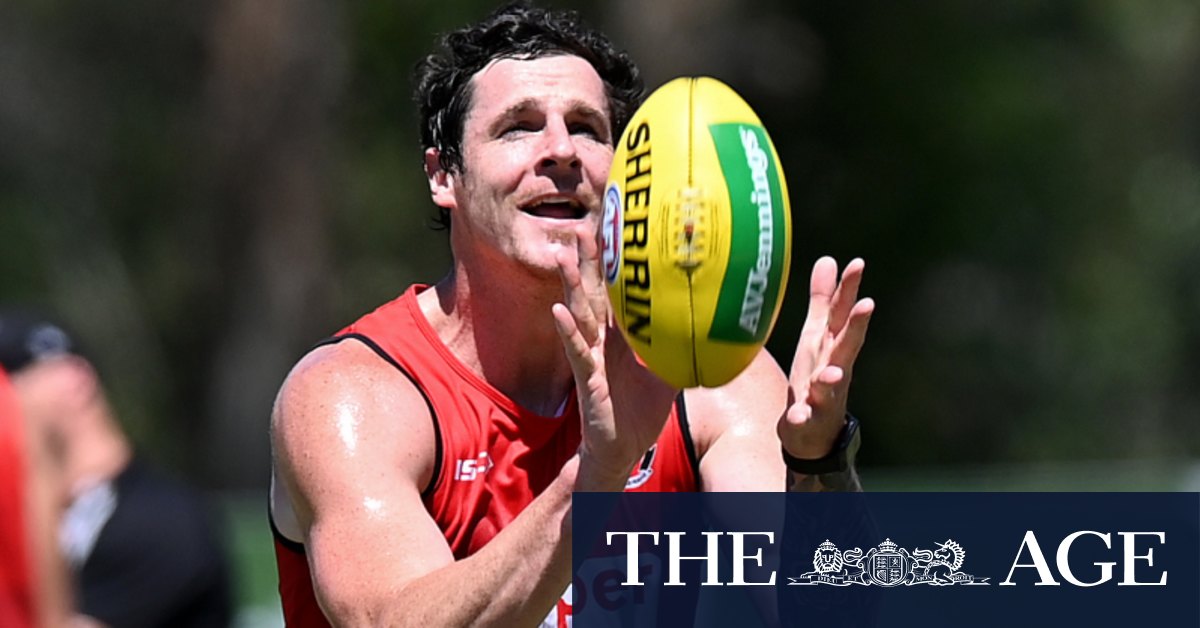 “Their ability to score, especially from centre bounce, that put us under enormous pressure.”

Ratten said he expected the club would offer Carlisle a contract for 2021.

“I think he will, I think they’re talking now. That’s between Gags (list manager James Gallagher) and his manager. I dare say there’d be something put towards Jake,” he said.

“We’ll go for a few things through the trade period. It’d be good to get another midfielder in, that would really help us and, you know, maybe pushing them more into the forward line so we can get some more goal scoring power as well – it would have been nice to have Jade Gresham out there.”

Ratten rued the blown opportunities in a game in which the Saints booted 6.13 to Richmond’s 12.8, but the Tigers crucially booted 9.1 to 3.6 at half-time, with the losers unable to convert from many strong entries and set shots.

“That was probably the disappointing part that we didn’t put them under scoreboard pressure,” Ratten said.

“I think we put them under pressure, I think we had periods where we kept the ball in our half, I think we won time in forward half for the whole game anyway.”

Ratten said being without Ryder meant the Saints couldn’t deploy their other ruckman Rowan Marshall forward much.

“He’s a great player ,Paddy, and has been for a long time, and we did miss him, and the potency of Ro (Marshall) forward, too – we didn’t get a look at that,” he said.

Ratten said they had tried Marshall forward in the last quarter when they were behind, placing (Jon) Marsh as the ruckman, but it didn’t work.

He said he had spoken before the game about the importance of finishing work off and staying composed in finals.

“We didn’t complete our plays tonight when we could have had the chance. To their credit, their pressure was pretty good, the Tiges,” he said.

“They played their style of footy and they hurt us at times, but they probably scored from a method (stoppages) that they haven’t been scoring all year – it’s probably good for them.”

Ratten said the Saints had taken “big steps as a footy club, not just on the field but off the field” and that the development of younger players such as Max King, Nick Coffield, Hunter Clark and Ben Paton would enable them to take the next step. They had been less consistent than Richmond over the four quarters.

He said the Saints could get a tougher draw and injuries next year. “There’ll be different challenges for our footy club next year,” he said.

Ratten, who coached the Saints to the finals for the first time in nine seasons, said the Saints had been close to 100 days in the hub at Noosa Heads.

Get your finals fix delivered straight to your inbox with our Real Footy newsletter. We’ll have a preview of the matches and expert tips each Friday afternoon and on Mondays, chief AFL writer Jake Niall will wrap up the weekend’s play. Sign up to The Age‘s newsletter here, The Sydney Morning Herald‘s here, WAtoday‘s here, and Brisbane Times‘ here.

Previous Why I don’t buy the story of Gobbo as black sheep or lone wolf
Next Packer’s world: how a tower of dreams came crashing down