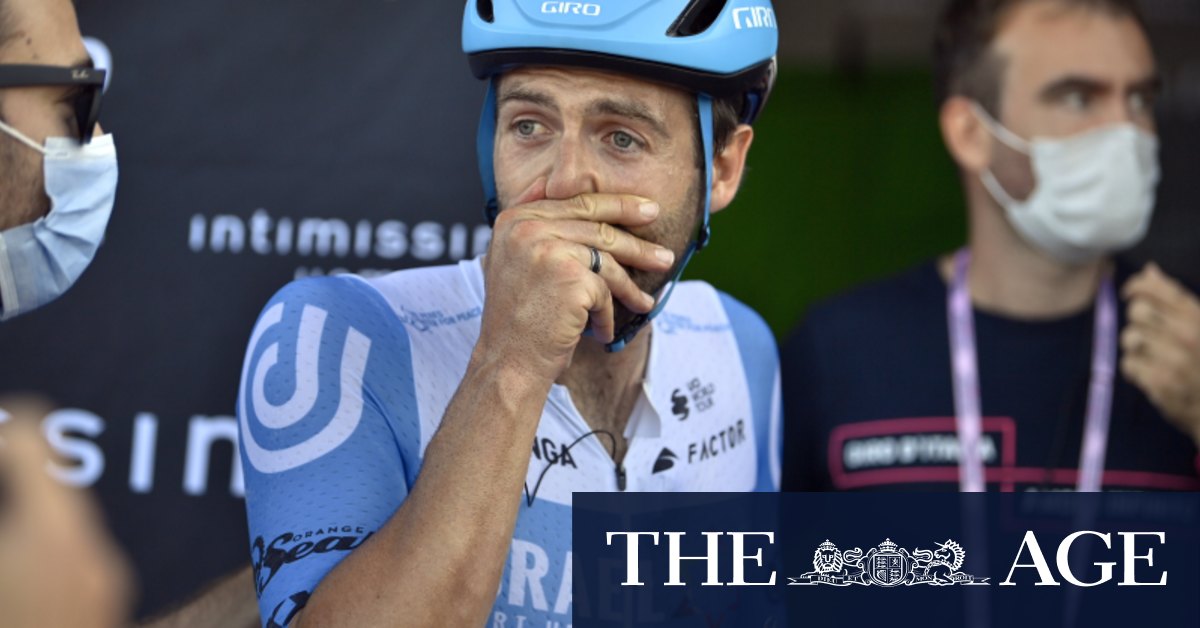 “I don’t have a contract for next year right now and I have a baby on the way in January. So I can’t tell you how much I’ve been worrying this year, just what I’m going to do next year. And I just can’t believe that’s happened.”

Salvatore Puccio won a sprint for second, just ahead of Matthew Holmes and Joseph Rosskopf. They were one minute and 15 seconds behind Dowsett.

Michael Matthews led the peloton across, nearly 14 minutes behind Dowsett.

Overall contender Simon Yates withdrew from the Giro before the stage after testing positive for the coronavirus. He is the second main contender to leave the race after Geraint Thomas withdrew after breaking his pelvis in a fall during stage three.

Saturday’s stage was mainly flat in the first half but there were two categorised climbs in the much more undulating second part.

The six riders escaped after 22 kilometres. None of them apart from Dowsett had won an individual Giro stage.

The gap rose to more than nine minutes on the main climb, the second-category Monte Sant’ Angelo and the peloton was happy to let them go, with Puccio the best-placed rider in the breakaway but more than 34 minutes behind Almeida.

“We are focused on keeping the maglia rosa [pink jersey] but we took it easy today,” Almeida said. “Tomorrow it will be harder, we will see if I can keep it after the stage.”

Sunday’s ninth stage is a mountainous 207-kilometre leg from San Salvo to Roccaraso. The route features two second-category and two first-category climbs, including the summit finish.

The Giro was rescheduled from its usual May slot because of the coronavirus pandemic. The race ends on October 25 with an individual time trial in Milan.

Previous From the Archives, 1982: Tempers flare as protesters storm the Melbourne Club
Next Health effects of trolling are ‘almost unsurvivable’, says Meghan

“That’s very much the intention. Particularly in the current circumstances, we need to be out …