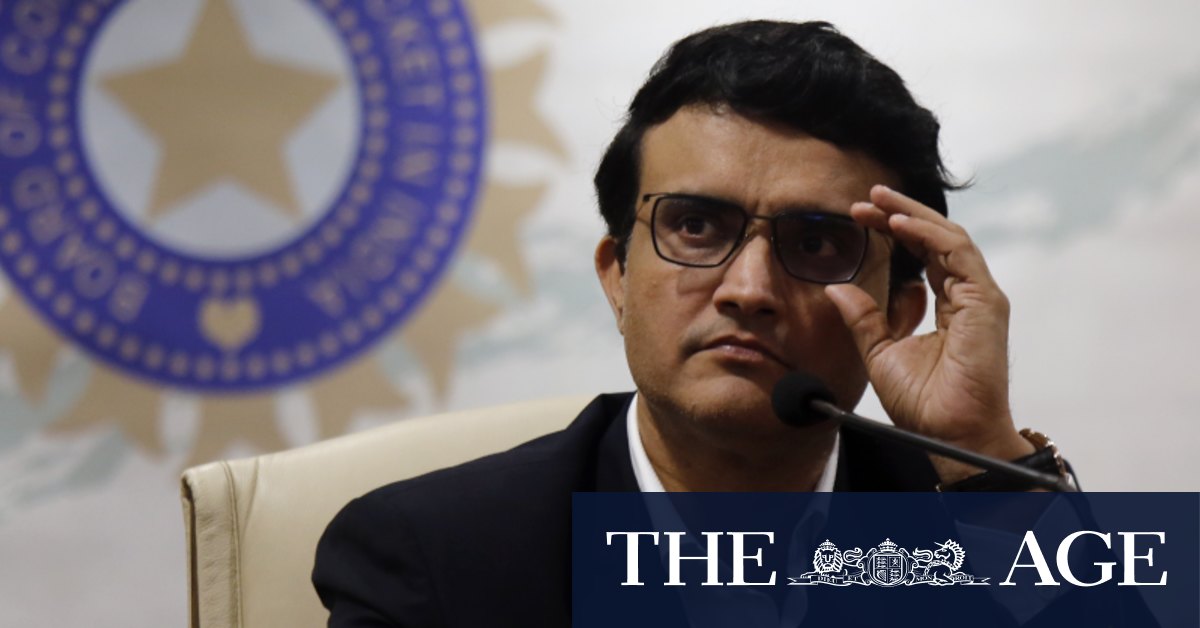 “We don’t want the players to go all that far and sit in hotel rooms for two weeks. It is very, very depressing and disappointing,” Ganguly told TV channel India Today in July.

The tourists want a “soft” quarantine so they can train in a bio-secure bubble – similar to what was granted to AFL players – as opposed to a “hard” quarantine where they must remain in their hotel rooms and risk losing physical conditioning.

New Zealand’s women’s team recently completed a 14-day quarantine in Queensland, where they were allowed to train, before their games against Australia.

“Queensland Health is currently assessing an application received from the Indian cricket team. We will work directly with the team as the assessment progresses,” a QH spokeswoman said.

A spokeswoman for Queensland Deputy Premier and health minister Steven Miles confirmed the application lodged with QH had not reached chief health officer Dr Jeannette Young as yet and had not been finalised.

QH could not put a timeline on any confirmation but there is confidence among cricketing circles that a clearance could be just days away.

The delay in announcing a fixture has added to the frustration of broadcasters and particularly Seven West Media, which is seeking a significant cut on its rights fee.

While the Indian squad is due to fly in from the UAE, where many of its players have been in a bio-secure bubble and tested regularly, officials note India remains one of the most COVID-19 ravaged nations in the world, the reason why the billion-dollar IPL was shifted.

The limited-overs series, preceding the four Tests, is due to start in late November, just days after Virat Kohli’s men complete quarantine.

They may want more time to prepare, forcing the series opener to be delayed, but should they be given high quality training conditions, they could at least warm up with intra-squad matches.

Ganguly and secretary Jay Shah did not return calls.

While there is no suggestion from CA the summer is in doubt and developments this week have again highlighted the lack of certainty over the game’s first season in the pandemic.

A small spike in COVID-19 cases in NSW resulted in a change of travel plans for the Blues squad, who received 24 hours’ notice that they would be flying to Adelaide in case the South Australian border was suddenly closed.

They were due to travel next week but instead left on Thursday afternoon. Players had previously been warned to be ready to leave at short notice.

The Victorian cricket team is being subjected to onerous restrictions in South Australia by chief health officer Dr Nicola Spurrier, including being able to only train in groups of four and requiring a police escort to and from training.

South Australia’s conditions are considered more restrictive than those in Queensland.

The Vics have asked their first game, against NSW, to be moved in order to give them more time to prepare.

“We have worked closely with Cricket Australia to ensure players have access to appropriate training privileges under strict quarantine conditions. We have a number of dedicated medi-hotels in South Australia and the team are accommodated in one of these. We consider each exemption request on a case-by-case basis and determine the most appropriate accommodation option,” an SA Health statement read.

Adelaide is set to host the first Test under lights between Australia and India.