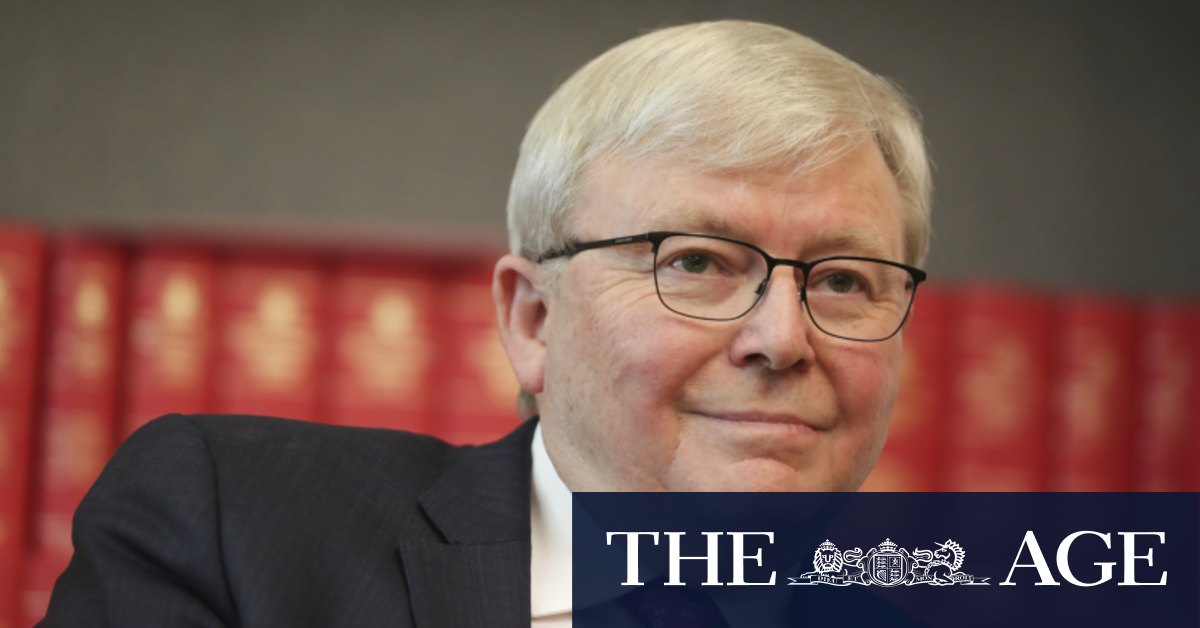 Mr Rudd, who courted and won News Corp’s support in the 2007 federal election, labelled the company a “cancer on democracy” and said the move was prompted by his “passion for the country’s future”.

When my government produced one-fifth the size of Morrison’s deficit and still kept Australia out of recession – Murdoch would abuse the news reporting to define us as bad economic managers.

In an interview with The Sun-Herald and The Sunday Age, Mr Rudd said the sheer concentration of News Corp’s ownership of newspapers – about 70 per cent of print readership across Australia – had left many in the Australian community unwilling to criticise the company.

While the company always had an editorial bent, Mr Rudd said News Corp had become much worse over the past decade and now acted as a “protection racket for the Liberal/National Party”.

“It’s time for the political class to listen to what the people are saying … I think there is a groundswell in the community which is a bit like my own view: enough is enough,” Mr Rudd said.

“In Queensland, a state which swings federal election results, virtually every single newspaper is owned by Murdoch.

Asked why he didn’t publicly take on the company as Labor leader, Mr Rudd said his job was to maximise the positive media coverage.

“It’s a decade, and a decade is an eternity in politics,” he said.

“Prior to 2010, Murdoch campaigned against Labor most of the time but not all of the time.

“My job as Labor leader then was try to maximise our positive coverage. However, since 2010, it’s gone 100 per cent against Labor.”

Mr Rudd cited its negative coverage of climate change action and the National Broadband Network as particularly egregious examples. He said while the company campaigned against his government’s stimulus measures to ward off the global financial crisis, its newspapers have not criticised the Morrison government for spending even more during the coronavirus crisis.

“A decade ago when my government produced one-fifth of the level of debt – one-fifth the size of [Prime Minister Scott] Morrison’s deficit and still kept Australia out of recession – Murdoch day in and day out would abuse the news reporting to define us as bad economic managers,” Mr Rudd said.

“Murdoch ceased being an independent media company and became effectively the Coalition partner of the Liberal/National Party, and they act as a protection racket for each other.

“News coverage, so called, by Murdoch has simply become a vehicle to run an editorial campaign against the Labor Party.”

Mr Rudd said some kind of government intervention was needed, but the exact regulatory model should be decided by a royal commissioner.

He said many people in Australian society, including in rival media, were afraid to speak up for fear of being targeted by News Corp’s media outlets.

“Even when people are wrongly reported and defamed by Murdoch, the truth is there is now a culture of fear in Australia whereby very few people are prepared to speak up against Murdoch for fear of what their media empire will do to you,” Mr Rudd said.

Previous ‘Deb wanted me here’: Morrison free to enter Queensland after two weeks in Canberra
Next As it happened: Rampaging Geelong Cats charge into preliminary final after smashing Collingwood Magpies