admin 3 weeks ago AFL Comments Off on Money the sticking point with De Goey: Buckley 7 Views 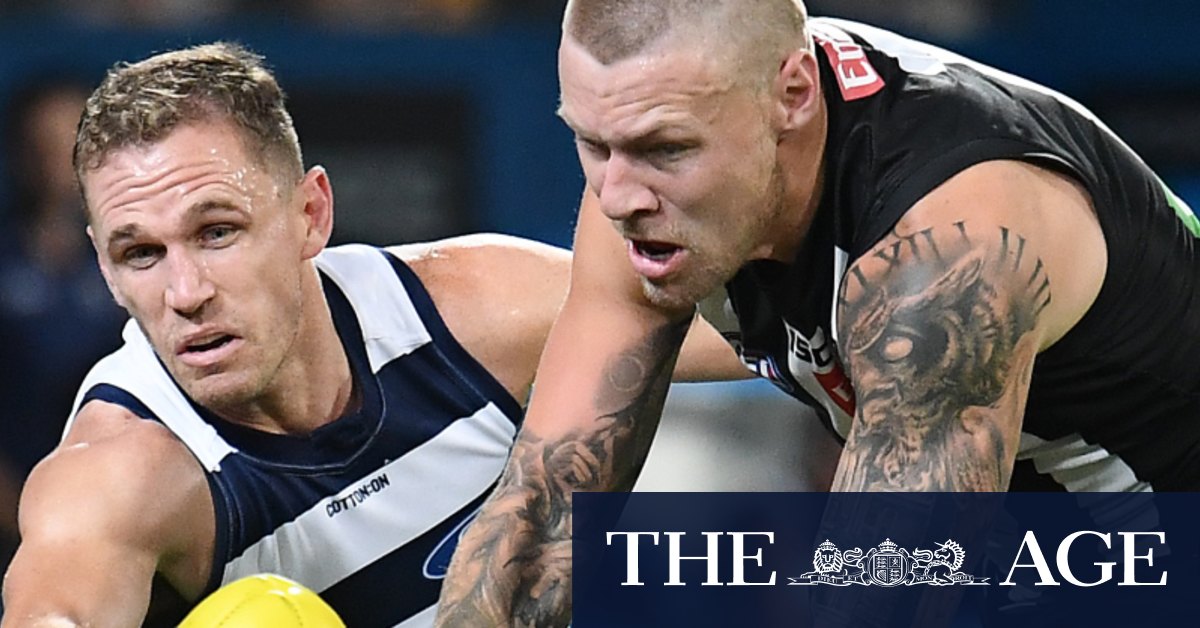 “Jordy loves the club and he wants to be here. Elements of people on his side would like to see him remunerated as well as he possibly could and, you know, we want him to be rewarded appropriately as we do the other 44 blokes on our list for what they bring to the table,” Buckley said following the club’s 68-point drubbing by an impressive Geelong.

“I think that’s what it comes down to because … it’s not for lack of belief in what the place has done for him, what it brings for him and the opportunity it provides and the love and care and connection to not only the club but in particular his teammates.

“But yes, there still needs to be a monetary outcome that is satisfactory for both parties.”

De Goey is one of four key players Collingwood are yet to re-sign with Darcy Moore, Brody Mihocek and Josh Daicos uncontracted for next season. The Magpies are hopeful of securing the quartet however they have been keen for clarity on list sizes and total player payments before locking them in.

Mihocek has received a three-year offer after being the leading goalkicker this season and Collingwood are comfortable with the progress of negotiations regarding 2020 All-Australian Moore, who has stated he wants to remain a Magpie.

Buckley was not fussed at the prospect other clubs were targeting DeGoey, who does not have a manager, or that he may have had discussions with them.

“Most players do [meet other clubs]. If they don’t their managers will. We’re in an open market,” Buckley said.

The disappointed coach, who admitted he was shocked at the non-competitive performance, said the Magpies would target several areas of need throughout the trade period after a season that failed to reach any heights.

In acknowledging the much-discussed key forward weakness he said they were disappointed they could not play Will Kelly in 2020 after he broke his arm on debut and they were conscious it was an area that needed to be strengthened.

“I know key forward is the area [of need but] we still need to replenish our midfield … that might be a target area,” Buckley said.

“Outside run, high forwards and wingers might be an area that we need to look at. I think our backs are pretty set.”

Buckley said their performance against Geelong was so poor the only obvious explanation was that they were spent after their heroic elimination final win over West Coast.

“The players generally give everything that they have got so the only way I can comprehend a result like tonight is that we had nothing more to give,” Buckley said.

“One of the words I suppose to describe how we feel at the moment is shock and you do, you feel like that when you get ambushed and there is no doubt we were ambushed.”

Previous Corona-budget: Our economists deliver their verdict
Next ‘Get out and vote:’ Trump defies COVID concerns to hold White House event