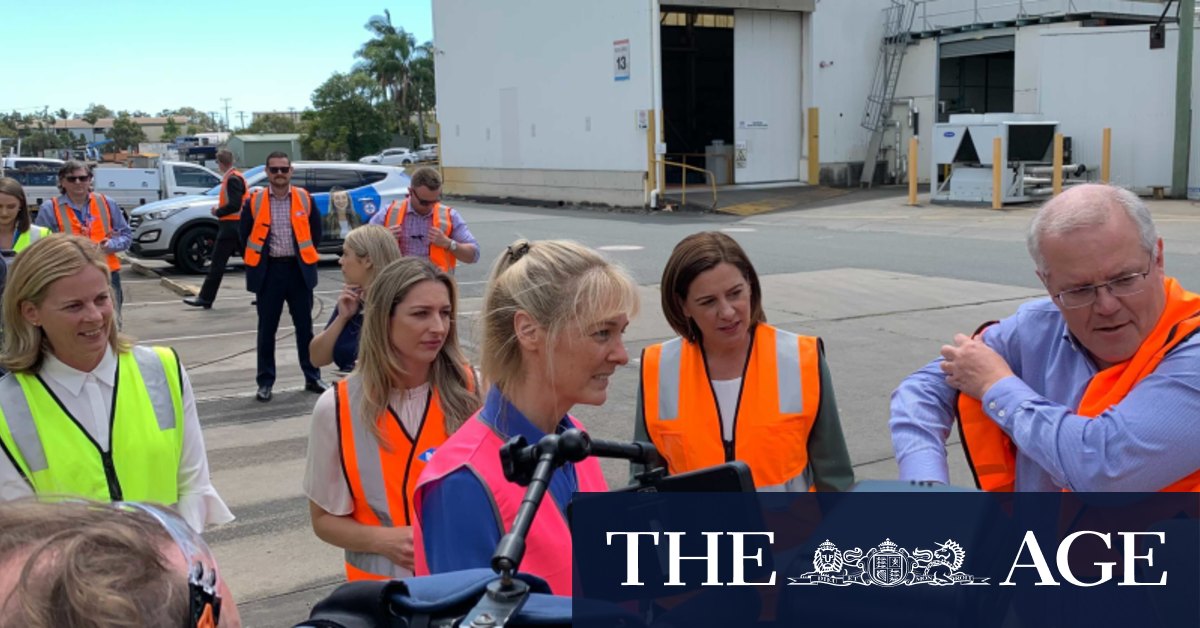 “It just became so much easier because you were working with people who wanted to work with you, not pick fights with you all the time.”

“If Deb Frecklington is elected then I can tell you what, it’s going to really change things up here in Queensland.”

The appearance is widely seen as an effort to boost the Opposition Leader’s profile, with recent polling suggesting she was languishing behind Premier Annastacia Palaszczuk as voters’ pick for the top job.

With his own popularity in the Sunshine State ahead of federal Labor leader Anthony Albanese’s, Mr Morrison also suggested the Premier was not so keen to see him join her on the hustings.

Taking her campaign to the seat of Currumbin on Saturday, Ms Palaszczuk said she would “of course” welcome Mr Albanese “if he wants to come up”.

“And of course we always welcome the Prime Minister,” she said.

“It was all smiles for the camera today from the Prime Minister and Deb Frecklington, he came to support her but unfortunately he came with no funding to deliver on her promise for the Bruce Highway plan,” he said.

Mr Morrison, who has been an outspoken critic of some elements of Queensland’s border restrictions throughout the pandemic, toned down his language on Saturday after the LNP largely fell in behind the health advice underpinning the continued New South Wales closure, insisting he had “no criticism” for Ms Palaszczuk’s role in national cabinet operations.

But he did point to the state tourism industry’s reliance on NSW and Victorian visitors, without mentioning international arrivals, along with cases of individuals’ efforts to gain ex in saying borders should remain closed “only as long as you absolutely have to”.

“There can’t be double standards, there needs to be a clear understanding of how these rules work,” he said.

Speaking briefly beside the Prime Minister, Ms Frecklington said it was “fantastic” to have him in the state and praised his “strong economic leadership that has saved Queenslanders” during the pandemic.

“We do need the LNP’s strong economic plan, partnering with the strong economic
leadership of the Scott Morrison federal government, to get Queensland working again,” she said.

Though expected to attend an LNP event in Brisbane early next week, Mr Morrison was coy on whether he would campaign further alongside the state leader.

“I look forward to seeing Deb wherever … she’s free to join me at any time,” he said.

Previous Coronavirus LIVE updates: Victoria records 14 new cases, no deaths for Saturday as NSW, Qld continue to bicker over border; Australian death toll stands at 897
Next Why the Blues won’t be forgetting the man known as ‘Big Tino’