admin 2 weeks ago AFL Comments Off on Tigers hungry ahead of Power clash, says Edwards 7 Views 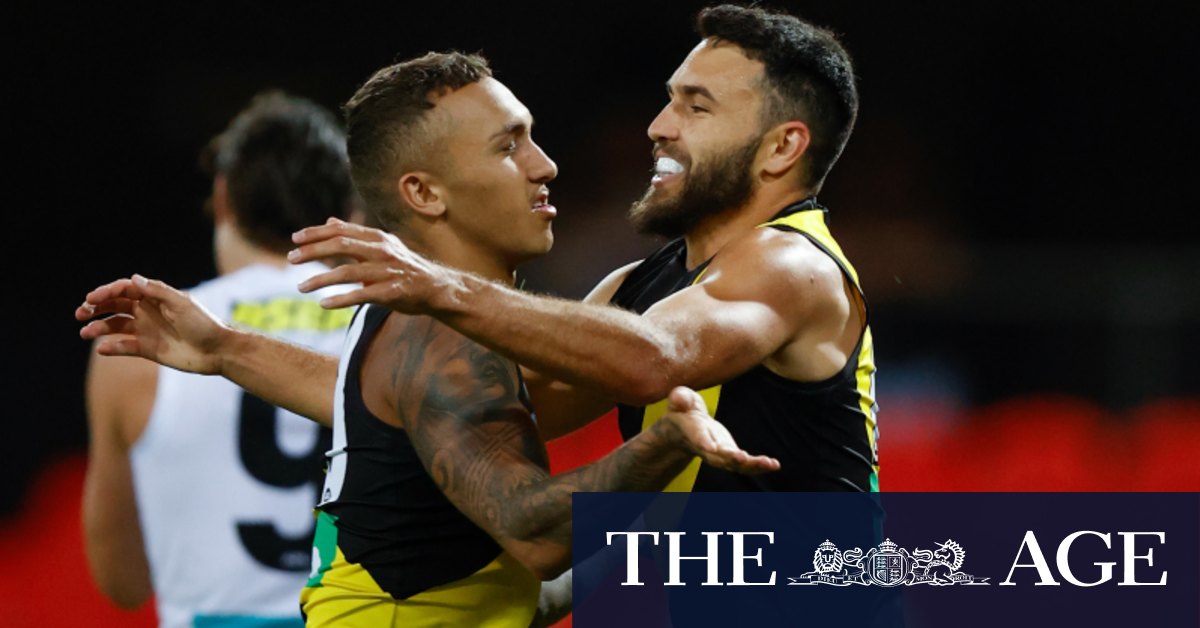 “When it is in front of you, you want it really bad. The hunger is something this group has in spades.”

The Tigers will need to overcome their biggest challenge to prevail, however, after losing the qualifying final to Brisbane, which put them on a different track into the grand final, having to play in the semi-final and then play a preliminary final at Adelaide Oval.

“It’s different but the whole year has been really different so I suppose it is just a spanner that gets added to all the other spanners,” Edwards said.

“You just have to play what is in front of you.”

Edwards said the loss to the Lions had sharpened the team up however he agreed the return of Tom Lynch, who was in vintage form hitting packs, taking marks and having eight shots for goal, kicking 2.5 and one out of bounds on the full, helped.

He said the loss to Port Adelaide in round 11 – when Richmond lost the contested possession count by 43 to Port – showed how tough an ask the final would be but he said the Tigers had become good at learning from defeat.

“Sometimes winning in games where you shouldn’t covers the cracks,” Edwards said.

“You have to take what you can out of a loss because if you dwell on it you are going to come out no better than what you were, and that is one thing that we are really good with, we learn from teams we play first and if we lose to them we often come back pretty well.”

Edwards said he is slightly surprised how quickly he has integrated into the team after such a long lay-off but he praised development coach Sam Lonergan for getting him into shape. Edwards looked sharp when he trained inside the quarantine in early September.

If the Tiger was a horse returning for the spring he would be high up in the Cups markets with his form matching every Richmond midfielder bar Dustin Martin.

He knows they will need to be on their mettle to beat Port Adelaide.

“They have been the best team all year. They play a really good brand of footy. They love the contest and play with a good amount of risk,” Edwards said.

Previous No big steps out of lockdown to be announced next Sunday: Andrews
Next Scientist accused of hiding Chinese funds sues Harvard, saying it abandoned him