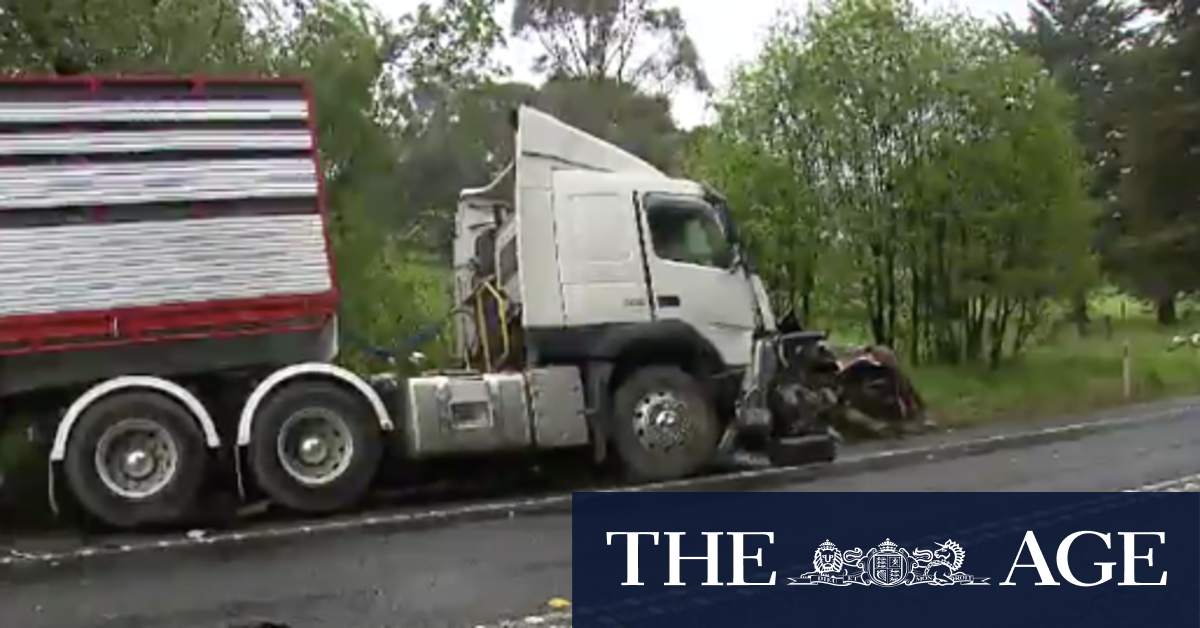 A woman in her 30s and a young boy are dead after a car slammed into the back of their car in south-east Victoria on Friday afternoon.

Police say the pair, who were in a black sedan, were in a stationary car waiting to turn right on the South Gippsland Highway near Korumburra about 3.30pm when it was hit from behind by a car.

The impact caused by the blue ute pushed the black sedan across the road into the path of a truck transporting cattle.

The driver of the car, a woman in her 30s, and a young boy also in the car, died at the scene.

Previous Scientist accused of hiding Chinese funds sues Harvard, saying it abandoned him
Next The spring carnival that isn’t: how racing adapts with no crowds