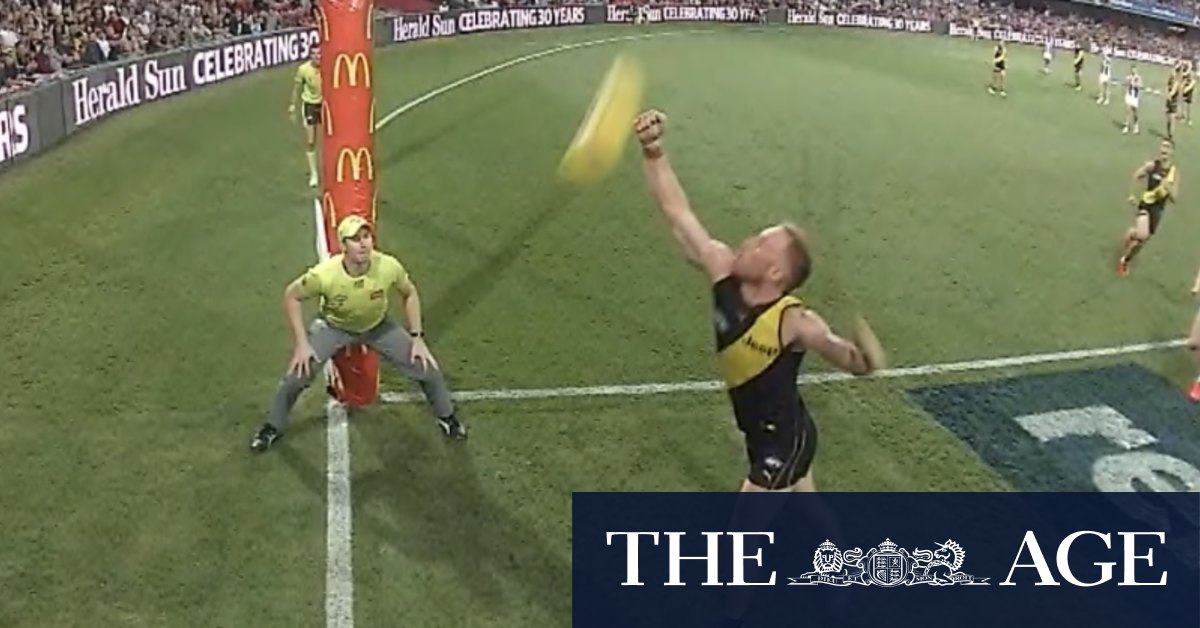 The evidence to overturn such a decision needs to be “conclusive” and both the reviewer and the AFL were not convinced this was the case.

Privately, following the game, the Tigers were adamant that Vlastuin had touched the ball and that was confirmed publicly on Saturday morning when the defender posted to Twitter.

“When you know you touched the ball, the goal umpire thinks so too, but someone watching from the stands calls you a cheat, what is that?” he wrote.

There was some suggestion on the commentary that Vlastuin did not indicate he had touched the ball, however he did as the field umpire ran into deliberate with the goal umpire.

Previous ‘A gravitating force’: How the West Gate Bridge collapse changed Melbourne
Next All Blacks star Beauden Barrett ruled out on eve of Bledisloe opener