Bledisloe Cup 2020 as it happened: Wallabies, All Blacks can’t be split in 89 minute thriller

admin 2 weeks ago Latest News Comments Off on Bledisloe Cup 2020 as it happened: Wallabies, All Blacks can’t be split in 89 minute thriller 16 Views 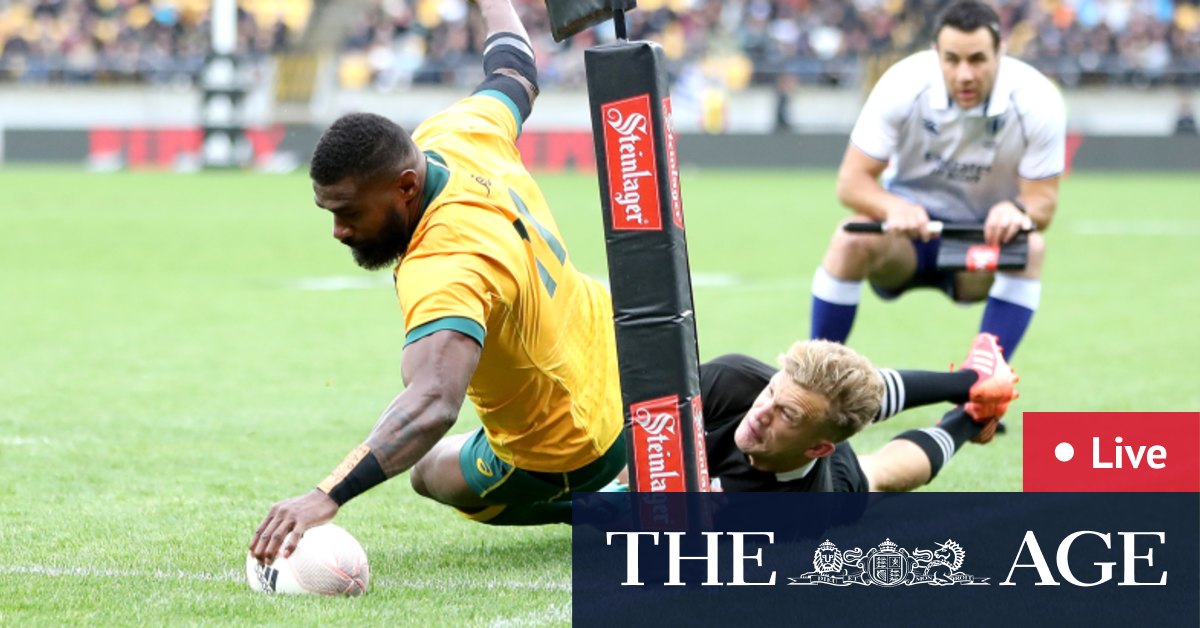 That’s all for today’s blog. Thanks for tuning in.

Rugby has copped its fair share of stick in this country in the last decade but that thriller – with no NRL or AFL to compete with today – showcased what the 15 man game can be at its very best.

Before signing off, a quick summary of the Wallabies’ performance.

They were the better team this afternoon. Reece Hodge was desperately unlucky not to win the game for the Wallabies with a 55 metre shot at goal after the final siren.

The signs were very promising in Dave Rennie’s first game in charge. The debutants – Harry Wilson, Filipo Daugunu and Hunter Paisami – were all superb.

The set piece needs work but one final positive to finish – the battle for the Bledisloe is now a best of three, rather than four.

See you all this time next week.

Reece Hodge was millimetres away from giving the Wallabies a stunning 1-0 series lead but he hit the post and the next eight minutes was absolute madness.

This game is still going.

We’re into the 88th minute and both teams have had their chances to win it.

But the All Blacks have the ball deep inside the Wallabies’ 22.

The All Blacks now have the ball, have won a penalty and are now pushing into the Wallabies’ half.

We’re into the 85th minute and the score is still tied at 16-all.

This is not a drill.

We’re into the 83rd minute now.

Reece Hodge is stepping up and taking a shot at goal from 55 metres out to win the game for the Wallabies.

The final siren has already sounded with the score tied at 16-all.

It’s all up the big boot on the utility back.

Rob Simmons has been pinged for incorrectly entering a maul and Jordie Barrett has been gifted an easy shot at goal.

He made no mistake. It’s 16-all with just 80 seconds to play in Wellington.

The All Blacks have the ball inside the Wallabies’ 22.

Can they hang on? There’s three minutes left to play in Wellington.

That was clutch from James O’Connor.

He has just kicked the Wallabies to their first lead of the afternoon.

It’s 16-13 with just over five minutes to play in Wellington.

Karl Tu’inukuafe was just penalised for a breakdown infringement, giving James O’Connor a chance to put the Wallabies in front.

He has a shot at goal from 33 metres out, almost directly in front.