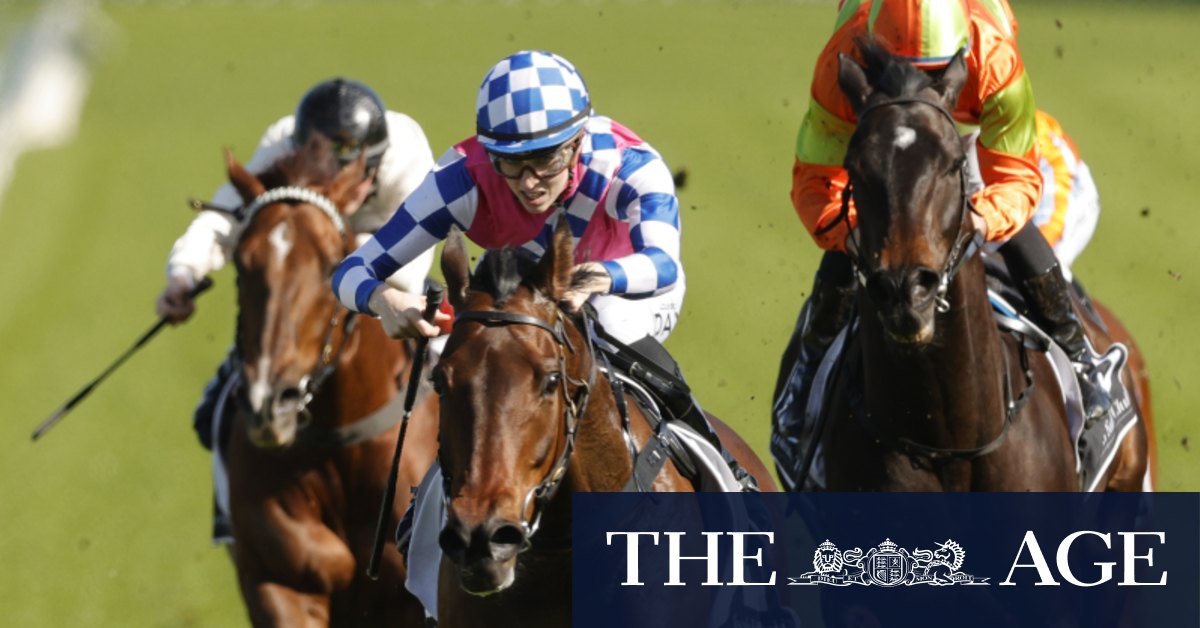 “We will give him a final gallop on Monday and then hope for a good draw and a bit of rain. I had a look and there looks to be some [rain] forecasted for Saturday, but that might be a bit late.”

Apprentice Louise Day retains the ride on Man Of Peace and will be out to continue her unbeaten association with him that stretches to four wins all on heavy ground at Randwick.

Man Of Peace has led and controlled his races over 1400m and a mile at Randwick and shapes as being one of the strongest horse at the end of Kosciusko.

“Louise gets on with him very well and even though he is back to 1200m, I think he is fresh enough to still be up there and he will be there for a long way,” Dale said. “Randwick has been racing very fast in the past couple of weeks. He will handle that but if it got a bit soft, it will be to our advantage.”

Man Of Peace is an $11 chance for The Kosciuszko, a price that will shorten if the track becomes rain-affected. The unbeaten It’s Me is the $2.70 Sportsbet favourite in front of Front Page and last year’s winner Handle The Truth at $6 and $8 respectively.

The popularity of The Everest with punters continues to surge and astound Racing NSW chief executive Peter V’landys, who reports pre-post betting is up a massive 70 per cent for the $15 million sprint this year.

“It is the most popular race on the TAB this spring and we are hoping those numbers will flow into Saturday,” V’landys said.

The drama in the build-up to The Everest has only helped the betting figures, with punters reacting to every mishap.

“The thing with this race is punters are so connected to it and with the drama around the TAB’s horse Nature Strip and Farnan it has piqued interest,” TAB’s Adam Hamilton said. “Every time there is a race or something happens there is another surge of interest.”

Baker was straight on the phone to scratch Let It Pour after being told she had been given a salt drench on Wednesday morning.

“We need to encourage trainers to be up front and honest in integrity matters and Mr Baker was proactive on Wednesday,” Van Gestel said. “It is a great example of what we want trainers to do in that situation. He told us what had happened and apologised.”

Baker still had to front the stewards on Wednesday and Let It Pour was swabbed at Warwick Farm. And until that sample comes back from the lab the inquiry will be adjourned.

“We have our horses that are nominated for Saturday on a board for the vet to see and they get treated on a Wednesday. She was nominated, but was always racing on Wednesday,” Baker said.“It was just mistake after mistake and, in the end, it is my fault it happened and it shouldn’t have.”

Everest crowd ‘better than we would have imagined’

The Australian Turf Club didn’t get actually what it wanted but an exemption from the public health orders will allow 11,000 people to be trackside for The Everest on Saturday.

Steve McMahon, the ATC general manager of corporate and government affairs, did a great job in putting forward the plans to get more people to the races and the exemption also applies to Golden Eagle day at Rosehill and Melbourne Cup day at Randwick.

“I think to have a crowd of 11,000 is better than we would have imagined a few months ago,” McMahon said. “We have been able to get people back to the track and I think we will have a good atmosphere on Saturday, even though everyone has to have a seat, so they need to book.”

Previous Frecklington vows to scrutinise Qld’s border exemption unit if elected
Next US stimulus talks, election outcome to dominate week ahead for markets