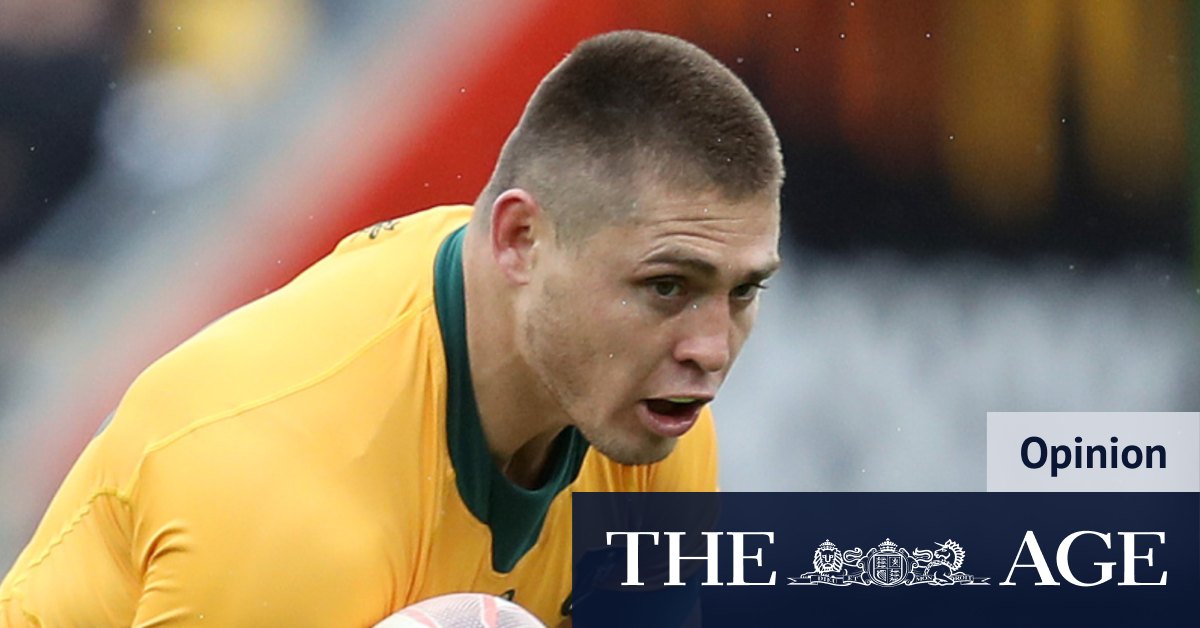 If you pick one of the first two, you are, I imagine very close to the quiet majority on the subject, as even I – still tragically proud of being the only Wallaby in history sent from the field in a match against the All Blacks for violence – accept that while the current slew of NRL finals and rugby championships really does excite a huge chunk of the population, it leaves a hefty majority of the population about as cold as the great Fran Lebowitz. (To be fair, however, she was a special case, once boasting that she was someone who truly “wished my cigarettes came already lit.”) And despite it being a hoary cliche, the truth of it is, more people participate in the arts than the football codes plus cricket and basketball combined.

But let me make a quick plea for you to acknowledge that the scenes we saw on Sunday afternoon on the occasion of the first Bledisloe Cup Test were every bit as magical as the Walter Scott quote? Come on!

How fabulous was it to see such enormously athletic men going so unbelievably hard for all that time, hammer and tongs, no quarter asked or given, with grimaces, grunts and growls, powered by passion pure? And that, friends, was just the haka!

As to the game itself, for my money, sport doesn’t get a whole lot better than that, and it was the perfect example of my long-brayed FitzSimons theorem that: “While nothing is so dull as a dull rugby game, there is nothing so magnificent as a great rugby game.”

And that performance by the Wallabies was nothing less than magnificent. Up against the finest team in the world, in a country they haven’t won in for 20 years, our blokes got to an even score when the full-time siren blew, and then – then, friends – they went for another eight minutes without a break, roaring from one end of the field to the other, never backing off a centimetre, each minute “crowded to the full with glorious action, and filled with noble risks”.

And in the end they registered a magnificent 16-16 victory. (You heard me! Against the All Blacks on New Zealand soil, a draw really is a bloody victory.)

Seriously, name me another sport in the world, where for EIGHT MINUTES without break you can have the sports fans of two countries, roaring, on the edge of their seats, alternately thrilled and then fearful as the ball went from one end to the other. And then, while you are it, tell me the time such extremes of emotion were experienced in an art gallery or theatre, love them as I do – no, honest.

You still want to stay with Fran or Paddy and sneer unpleasantly in our general direction? You think that the only model for a life well lived is the aesthete, the literary, the clever – and never the physical, the brutal?

You want Oscar Wilde, not wild and woolly? Well, funny you should say that. For let me make reply to you, the way I did to McGuiness in these pages, all those years ago.

For even Wilde had a brute side to his life! Richard Ellmann’s excellent biography of Wilde recounts an occasion in Oxford when the young men of Magdalene College got together and decided on a plan of bursting into Wilde’s room to give him a good pummeling for being so effete. So it was that four of the heftiest and most offended by his dandyism shouldered their way through Wilde’s door while many others waited on the stairs to watch events unfold.

“The result was unexpected,” the biography recounts. “Wilde booted out the first, doubled up the second with a punch, threw out the third through the air and taking hold of the fourth – a man as big as himself – carried him down to his rooms and buried him beneath his own furniture. He then invited the spectators to sample the would-be persecutor’s wines and spirits, and they accepted.”

Ah, Oscar, you should have been in the English second row!

And I am sure the rest of you get the point, even if McGuiness didn’t. If someone so revered an aesthete as Oscar Wilde didn’t mind engaging in hard physical pursuits – and let’s not forget his sport at Oxford was boxing – surely it is proof positive, that not all footballers are a generically Neanderthal breed. And it is OK to enjoy watching them play!

And if you are still not convinced, I leave you with Oscar’s final words on the subject, the quote that proves there is something in this for everyone. “Rugby is a good occasion for keeping 30 bullies far from the centre of the city.” (Still, I wish you hadn’t said that, Oscar.)

Previous McGowan fires salvo over ‘reckless’ handling of China relationship
Next Ask a Reporter: Who will lead the LNP if it loses the election?