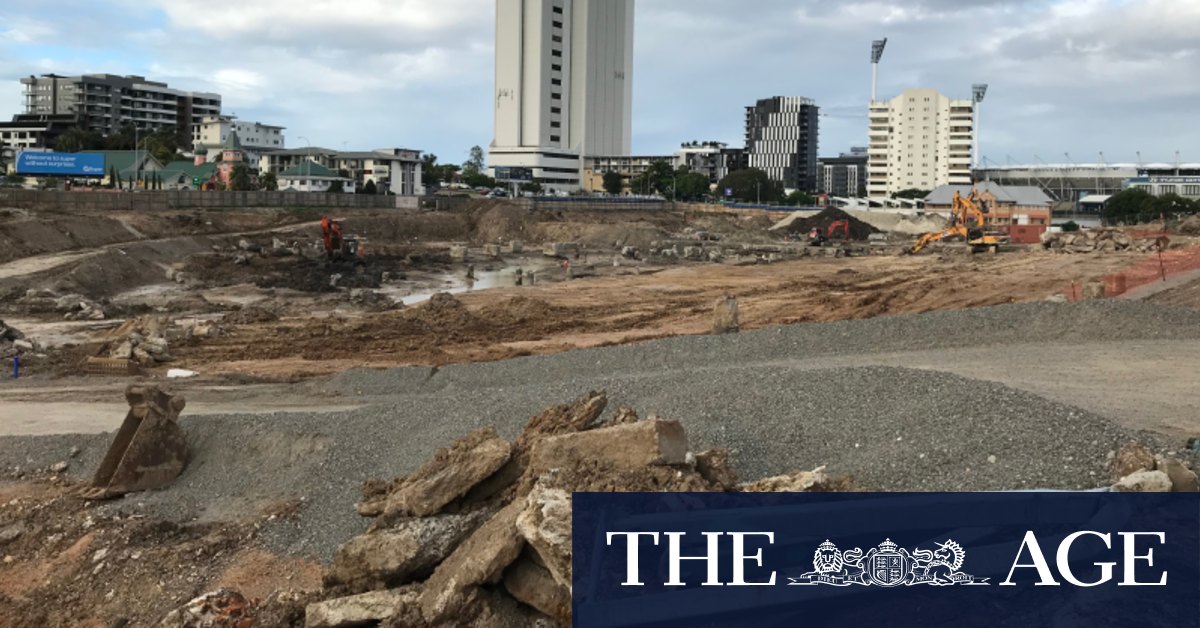 Ms Trad’s announcement follows a call in August for a dramatic rethink of the site – known as the Woolloongabba GoPrint site – by South Brisbane’s Greens councillor Jonathan Sri.

Last month the Greens unveiled a suite of ideas for the site including sports fields, an Olympic-standard swimming pool, farmers’ markets, recording studios and workshops, with offices and units on a five-hectare park opposite the Gabba stadium.

“The state government hasn’t been very open or transparent about its plans for the Gabba train station site,” Cr Sri said in August.

“But their Interim Land Use Plan and the video released in March suggest that they intend to sell off private development rights for up to 12 high-rise towers up to 30 storeys tall.”

Work is under way at the site to build the train station and the tunnel to the Brisbane CBD as part of the Cross River Rail project.

Ms Trad also promised to include affordable housing, with her spokeswoman saying “build to rent schemes” would be included in the future design of the site.

“I’ve released these principles for the future of the site so everyone knows what I will deliver, including no less than 50 per cent of the site as new public parkland.

“I know that public parkland is something our community feels very strongly about.”

Until last month, the future of the site has not been publicly discussed since Ms Trad announced plans in August 2018 to revamp the Gabba’s entranceway.

The original 2011 Brisbane City Council plans for the site have been scrapped and it was declared a state government Priority Development Area on April 3, 2020.

The Greens raised concerns about those proposals in August.

Ms Trad acknowledged that the community expected consultation to be genuine.

“This precinct is so important to our local area and that’s why I will deliver a genuine community co-design process,” she said.

“Since consultation commenced on the concept uses of this site almost two years ago, many different ideas have been put forward.

“But, overwhelmingly, people want an outcome that will be a great public legacy for our community.”

Ms Trad said she understood the need to provide affordable housing close to the hospitals and hospitality areas around the Gabba.

“This site is a once-in-a-generation opportunity to deliver parkland – something council has failed to provide – to improve the connectivity of our community, to provide affordable housing for key workers like nurses and teachers, to increase social housing stock and generate additional customers to support our local Gabba small businesses.”