‘Crisis would be an understatement’: Frecklington denies referral to election watchdog

admin 2 weeks ago National News Comments Off on ‘Crisis would be an understatement’: Frecklington denies referral to election watchdog 7 Views 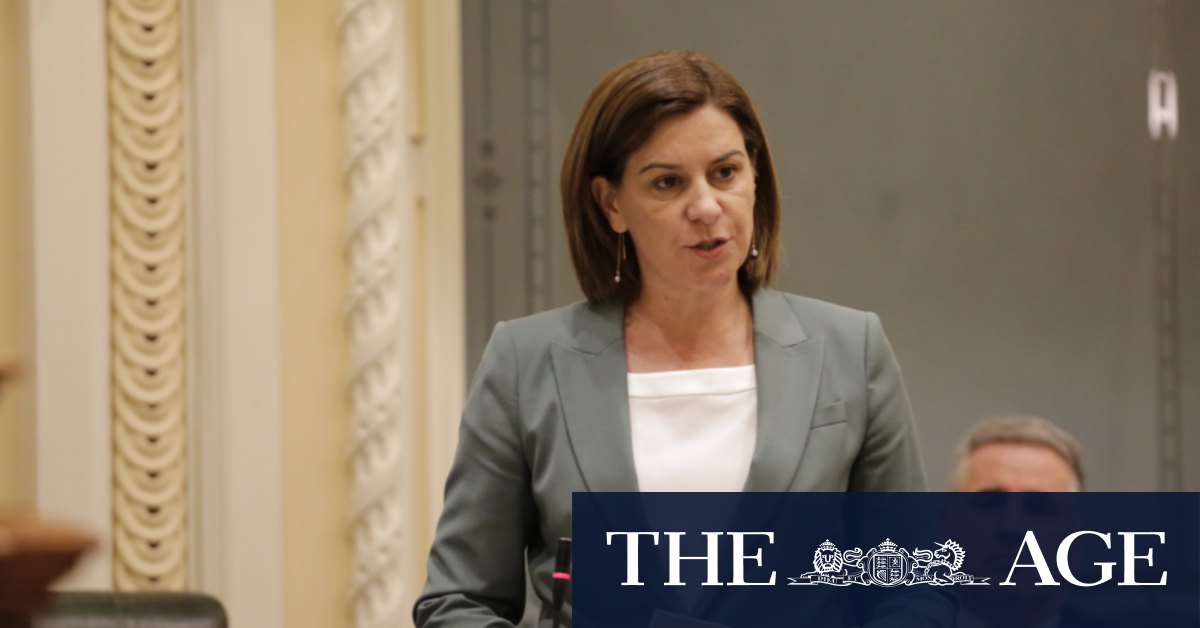 “In relation to private dinners, I attend dinners all the time, I am a politician,” she said. “Prohibited donors can attend fundraising events, they just cannot donate.

“I stand by my integrity.”

Ms Frecklington said she was “100 per cent” confident no developers had sought to skirt the rules by donating through a third party.

“Everyone complies with the rules,” she said.

The Labor government passed laws in 2018, backdated until before the 2017 Queensland election, banning property developers from donating money to state and local government politicians, candidates and parties.

“The party routinely seeks advice from the ECQ because the donations laws that have been put in place by the Labor Party are complex,” Ms Frecklington said.

“There are various matters that the party have advised me [on], they write to the ECQ to seek that advice and there is nothing untoward about that.”

Nineteen days out from the state poll, Ms Frecklington’s campaign was in crisis mode on Tuesday ahead of a fundraiser lunch with the Prime Minister later in the day.

“Crisis would be an understatement. It’s chaos,” a source close to the campaign told Brisbane Times.

A spokesman for the LNP said Ms Frecklington had not been referred to the ECQ by the party.

“The ABC’s allegation that the LNP has referred Deb Frecklington to the ECQ is false. It has not,” he said.

“The LNP regularly communicates with the ECQ to ensure that we comply with the act.”

The ECQ declined to comment on the matter or provide details about the number of complaints on its books, citing confidentiality.

“The ECQ considers matters regarding compliance with the prohibited donor laws to be serious, and actively monitors the activities of all electoral participants and disclosed donations to identify potential non-compliance,” the spokesperson said.

“The ECQ takes the position that any examination or investigation which may or may not be under way is confidential.

“This provides the opportunity for perceived issues to be escalated to relevant agencies, if required, or resolved, without external commentary that may, with or without intent, prejudice an outcome.”