Breaking News
Home / Business / ‘Oh Mr Demetriou, why did you do it?’: ex-AFL boss caned at Crown probe

‘Oh Mr Demetriou, why did you do it?’: ex-AFL boss caned at Crown probe

admin 2 weeks ago Business Comments Off on ‘Oh Mr Demetriou, why did you do it?’: ex-AFL boss caned at Crown probe 25 Views 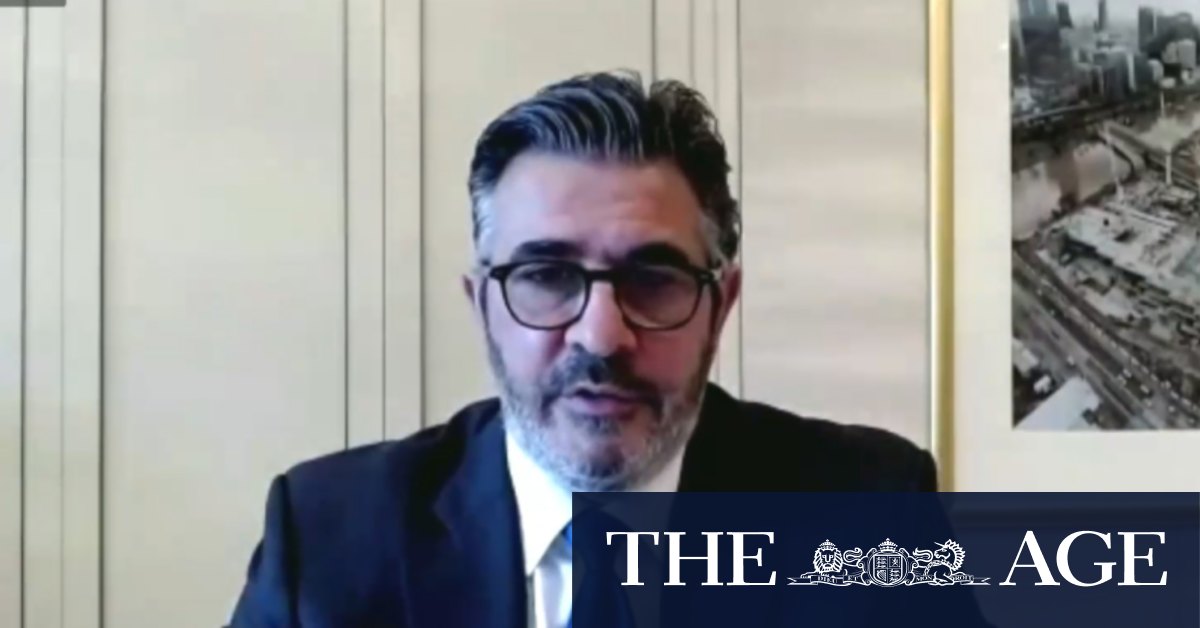 Mr Demetriou responded: “I did not read from the notes on the answer that related to culture.”

Mr Aspinall put to Mr Demetriou that he wasn’t “acting with honesty or integrity” on Monday.

“Respectfully, I disagree with you,” Mr Demetriou said.

The inquiry then replayed the video recording of Mr Demetriou’s testimony from Monday, which showed him appearing to look downwards while delivering the near verbatim reproduction of his notes.

“You saw yourself look down there, did you not Mr Demetriou?,” Commissioner Bergin asked.

“I did see myself look down, Madame Commissioner, but I suspect I would have looked down for a lot of the day.”

Commissioner Bergin responded that she was “not so sure about that”. Mr Demetriou – who is an independent director at Crown – insisted he only read from notes on Monday when he was explaining the role of independent directors at ASX-listed companies.

The NSW inquiry is considering whether Crown should keep the licence to its new Sydney casino and was launched in response to revelations by The Age, The Sydney Morning Herald and 60 Minutes about Crown’s dealings with “junket” tours operators linked to criminal syndicates and failures to prevent money laundering at its Melbourne and Sydney casinos.

The inquiry on Tuesday then re-examined Mr Demetriou’s evidence about Crown bank accounts that were repeatedly used for suspected money laundering, in which he said the company had identified about 100 suspicious transactions.

However a company report Mr Demetriou had with him in fact said that there were around 100 “instances” of suspected money laundering, which had included more than 200 individual transactions.

“So if Mr Aspinall had not identified that you were reading from documents… I would have been left in the belief the evidence that you had given me was truthful, wouldn’t I?” Commissioner Bergin asked.

Commissioner Bergin said that if Mr Demetriou had “just given the documents to your silk and to the inquiry, this embarrassing line of questioning would not have happened.”

Mr Demetriou was also quizzed on Tuesday about his involvement in the collapsed vocational education group Acquire Learning & Careers.

Acquire’s liquidators launched action in the Federal Court in May against Mr Demetriou’s family trust to claw back payments made while he was a member of the company’s advisory board and receiving a $900,000 annual salary.

The inquiry’s public hearing will continue on Tuesday afternoon with evidence from Crown director Antonia Korsanos.

Previous The Batmobile Project: Tracing the history of an AFL icon
Next Police arrest 76 as fans, some rowdy, cheer Lakers win in LA