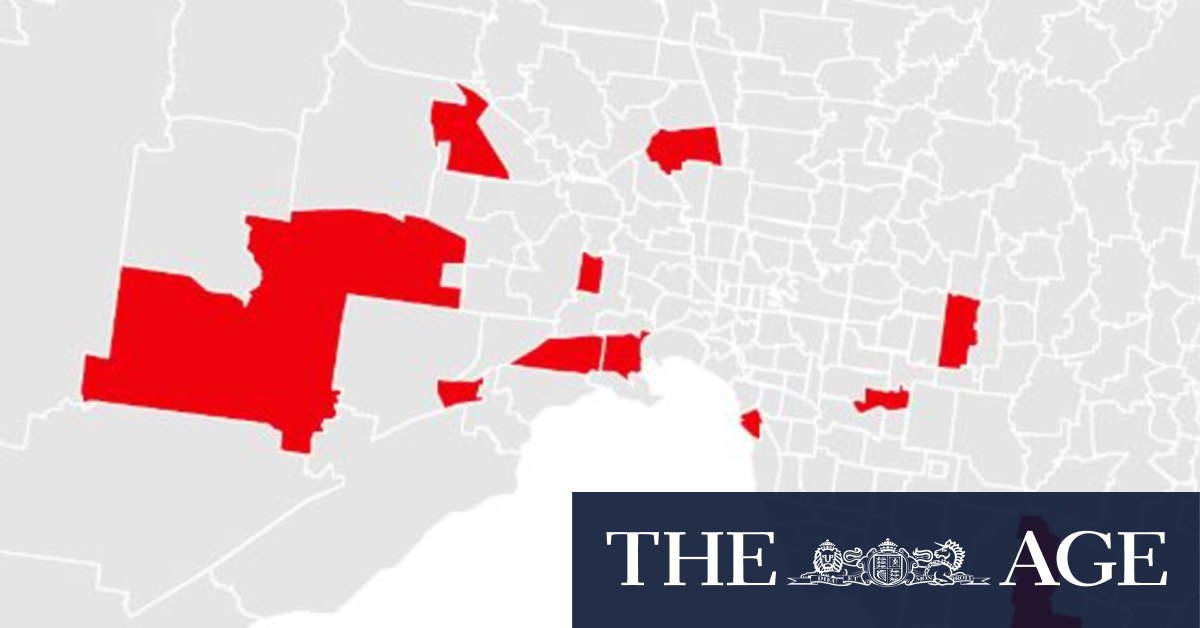 Ten of these postcodes are home to one person who has tested positive for COVID-19 over the past fortnight for whom health authorities have been unable to trace the infection source.

In postcode 3025 (which takes in the suburbs of Altona East, Altona Gate and Altona North), a source of infection cannot be determined for two people who have tested positive for the virus over the past fortnight.

This is the first time the state’s Department of Health and Human Services has provided a postcode-level breakdown of where mystery cases have been recorded.

As of Tuesday afternoon, 67 of the state’s 694 populated postcodes are home to at least one person who is currently infected with coronavirus.