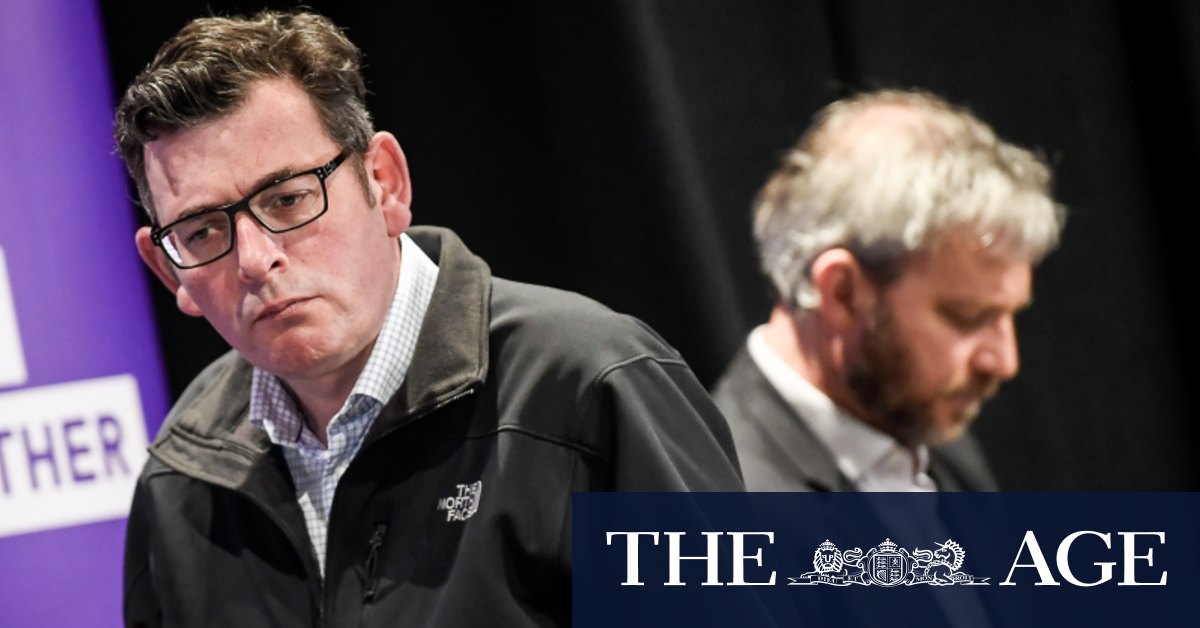 Eleven of the 12 cases have been provisionally linked to family clusters and known cases.

One case is a person in Geelong who was previously cleared of COVID-19 and had re-tested positive for the virus.

The case is under review and may or may not be registered as a positive test which would take the total number of active regional cases to 6. The other five cases reside in the Mitchell Shire.

The cluster at Box Hill hospital has grown by seven cases to a total of 18.

The seven additional cases are linked to a household contact of a worker at the hospital, including four from the same household.

One of today’s 12 cases is a contact of a known case in the Chadstone cluster. Another case is being investigated for links to the same cluster.

One case is linked to Estia aged care in Keilor and another is linked to Uniting AgeWell nursing home in Preston.

Melbourne cannot reach its target to take the next step out of lockdown, but some restrictions will be eased next Monday.

The decision has frustrated retailers, who argue they should be allowed to open.

Mr Andrews has previously said rules for the retail sector are unlikely to change on Sunday when some social restrictions will be eased.

He reiterated on Tuesday that rules would not ease as significantly as planned and changes would focus on social interaction rather than business settings.

“But we’ve now reached the stage where we’re not getting any further,” he said.

“[Mr Andrews’ announcement on Monday] was very dispiriting for literally every business in Victoria because there was an expectation, a strong one, that we were going to be back on deck.

“We’d been given every indication over the last few weeks that was going to occur.”

Many businesses – including hairdressers which had installed perspex screens – had already implemented COVID-safe plans in anticipation of opening, Mr Piper said on ABC Radio National.

Chief Health Officer Brett Sutton said on Tuesday the five-kilometre rule may be scrapped when restrictions are eased on Sunday and acknowledged the rule may disproportionately harm people living in the outer suburbs with fewer amenities, family and friends within their radius.

He said the state was not seeking to use the lockdown strategy for the long-term.

“We have followed a strategy that is not using lockdown interminably. We are using the restrictions that are in place now to drive the case numbers down,” Professor Sutton said.

Health authorities were reviewing the daily case thresholds for loosening restrictions because of the social harm caused by strict stay-at-home orders, he said.

Victorian parliament resumes today and the government is expected to face fresh scrutiny over the bungling of the hotel quarantine program.

The fallout of the program has so far claimed two political scalps; Health Minister Jenny Mikakos and the head of the public service Chris Eccles have both resigned.

The Opposition will this week move a motion of “no confidence” in the Premier, but it is unlikely to garner any support in the Legislative Assembly where Labor has a 55-38 majority.

Previous Telstra chair calls for simpler pay model after execs lose $750k in bonuses
Next The Batmobile Project: Tracing the history of an AFL icon