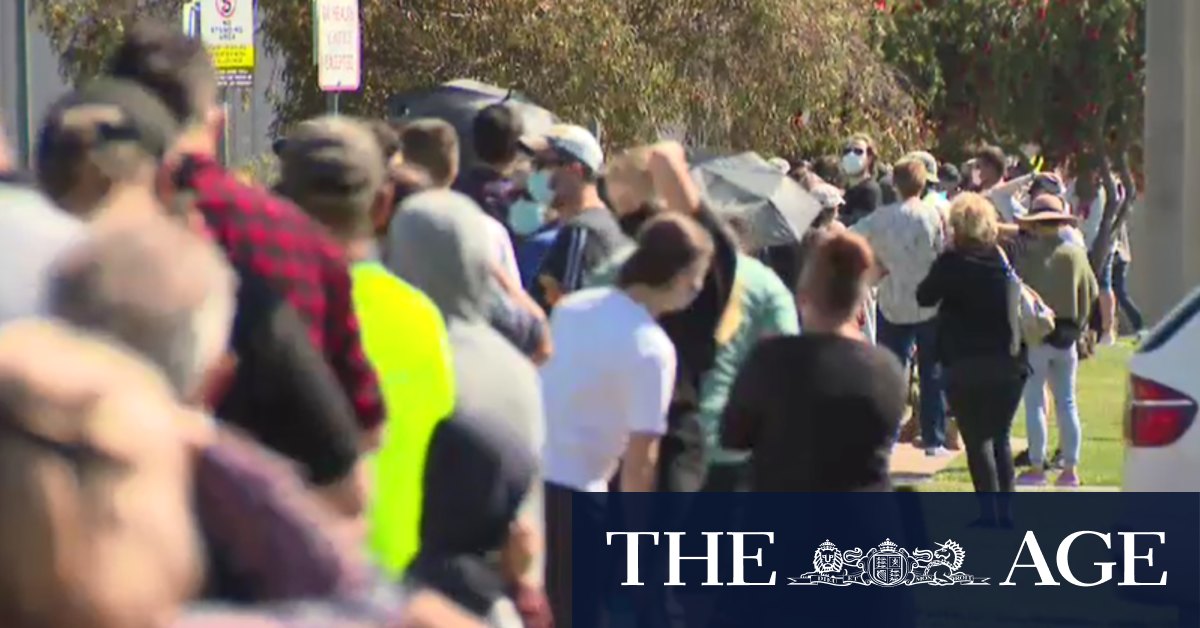 Authorities released a list of high-risk locations on Tuesday night, saying they expected to find more cases. The matter has been referred to the Department of Health and Human Services, which could send it to police.

Long queues formed at three testing sites in Shepparton on Wednesday. Police reportedly told people at the back of one queue to go home or face a six-hour wait. At 2.30pm, residents were told the Goulburn Valley Health site had reached capacity.

Leanne Stride, owner of the Lemon Tree Cafe, said she “shocked and gutted” after her cafe was identified as a high-risk location following the outbreak.

Ms Stride said while regular customers had been wonderful and supportive, she was worried the outbreak might spook others.

“Things have been going so well here and now we’re gutted because the town isn’t even responsible for [the outbreak],” Ms Stride said.

“The ignorance of this man coming into the region has now affected businesses and people’s livelihoods.”

John Anderson, a pharmacist and president of the Shepparton Chamber of Commerce and Industry, said people were frustrated and angry.

“Our citizens here and our businesses here have been following the requirements,” he said.

Mr Anderson said the outbreak came on top of existing frustrations with COVID-19 restrictions, which would continue to grow if the outbreak jeopardised the chances of the rules being relaxed for the city along with other regional areas.

The pharmacist said testing clinics in Shepparton were “absolutely overwhelmed” at midday.

“They’re handing out water to people because they’re in the sun and they’ve been in queues since nine o’clock this morning.”

Azem Elmaz, owner of Lutfiye Shish Kebab, said the streets of Shepparton had been unusually empty since the announcement.

“The town has become very quiet, very silent.” Mr Elmaz said. “It is really good in one way, people should stay home, they should be careful of what they do.”

He said he had seen hundreds, if not thousands, at the Shepparton Showgrounds queuing up for testing.

“I thought it was the Shepp Show today. It’s good that people want to get tested and make sure everything is OK.”

Mr Elmaz said while he would be alright if the city didn’t continue to ease restrictions, he was worried for other business owners who were in a more vulnerable position.

“I’m doing OK but I feel sorry for people who are starting new businesses and new families,” he said. “People have loans for their business and for their house. This will hit them hard.”

Previous If the Boomers call, Brian Goorjian says he will coach
Next Armenia accuses Turkey of expansionist ambitions in Nagorno-Karabakh