Inquiry that cleared Liberal MPs did not hear from key witnesses 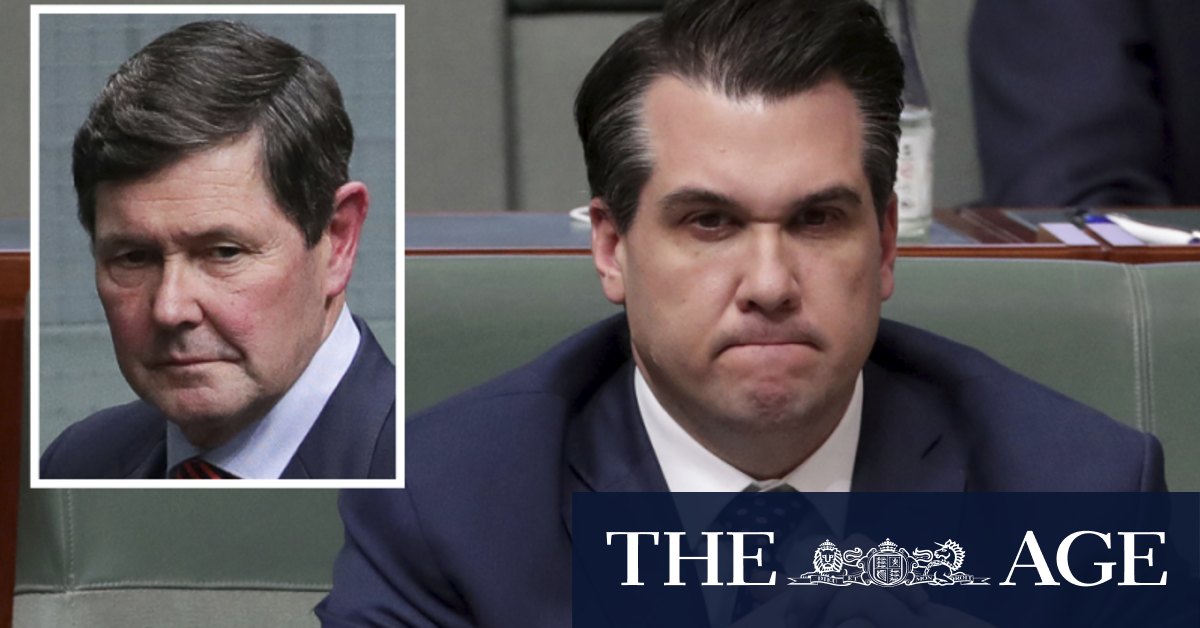 The reports sparked a political storm into whether Mr Sukkar used his taxpayer-funded electorate budget to pay staff who designed smear files to take down opponents, in a potential breach of parliamentary rules.

One person familiar with the affair emailed the Department of Finance on September 3 and again on September 9 but was not asked any questions about the matter and was not told how to give testimony to the inquiry.

The department told The Age and The Sydney Morning Herald it had engaged law firm Ashurst to conduct two reviews, one into each office, but did not say whether electorate staff were asked any questions.

“Mr Sukkar and Mr Andrews participated voluntarily and provided written responses and other relevant documentation when requested by Ashurst,” the department said.

“The independent reviewer determined that there was not a sufficient basis to form a view that there was serious misuse of Commonwealth resources under the Members of Parliament (Staff) Act 1984 or the Parliamentary Business Resources Act 2017.”

Asked if the inquiry interviewed current and former staff of Mr Andrews and Mr Sukkar, the department said it “would not be appropriate” to comment.

Asked if the inquiry had access to correspondence between the MPs and their staff, the department did not answer.

Mr Sukkar and Mr Andrews referred themselves to the department the day after the allegations were raised. Mr Sukkar’s office said the inquiry was independent and any questions about its conduct was a matter for the department.

“I’ve always maintained that I’ve done nothing wrong and whilst I was obviously pleased with the outcome of the review, I wasn’t surprised by it,” Mr Sukkar told radio station 2GB on Wednesday.

“So we draw a line through that. My focus is on Australians, getting them back to work and doing everything we need to do to ensure that we can get back to a prosperous society that we had pre-pandemic.”

Treasurer Josh Frydenberg welcomed the outcome on Wednesday after The Australian reported the department had cleared the two senior Liberals.

“I’ve obviously read those reports, that’s all that I have seen, and of course that is an important statement from the Finance Department,” Mr Frydenberg said.

“They won’t be making further references on those matters and that, for me and no doubt for those involved, is the end of that.”

It is a breach of federal and state law for an electorate officer to work for the benefit of other MPs or engage in party political activity, but Mr Bastiaan dismissed that restraint in secretly taped conversations.

“Who gives a shit,” he responded to one electorate officer in a call to discuss allegations taxpayer funds were being misused. “We are trying to win a f—ing seat mate.”

Mr Bastiaan resigned from the party in the wake of the reports.

One document revealed in the August reports was a memo created by Mr Bastiaan that set out ways to build power with Mr Sukkar by giving taxpayer-funded jobs to Mr Bastiaan’s operatives to undertake political work.

Labor shadow special minister of state, Don Farrell, expressed concern the inquiry had ended without trying to interview all the key people or see the memo.

“Only by conducting rigorous interviews of all those involved, and this key document, is it possible to get to the truth of this matter,” he said.

Senator Farrell wrote to the Secretary of the Department of Finance, Rosemary Huxtable, on September 18 to ask her to make sure the inquiry interviewed all current and former staff relevant to the allegations.

Ms Huxtable responded without any mention of staff being asked questions about any political work at taxpayer expense.

“Each review is examining internal records submitted to and held within Finance, as well as additional information,” she wrote on September 22.