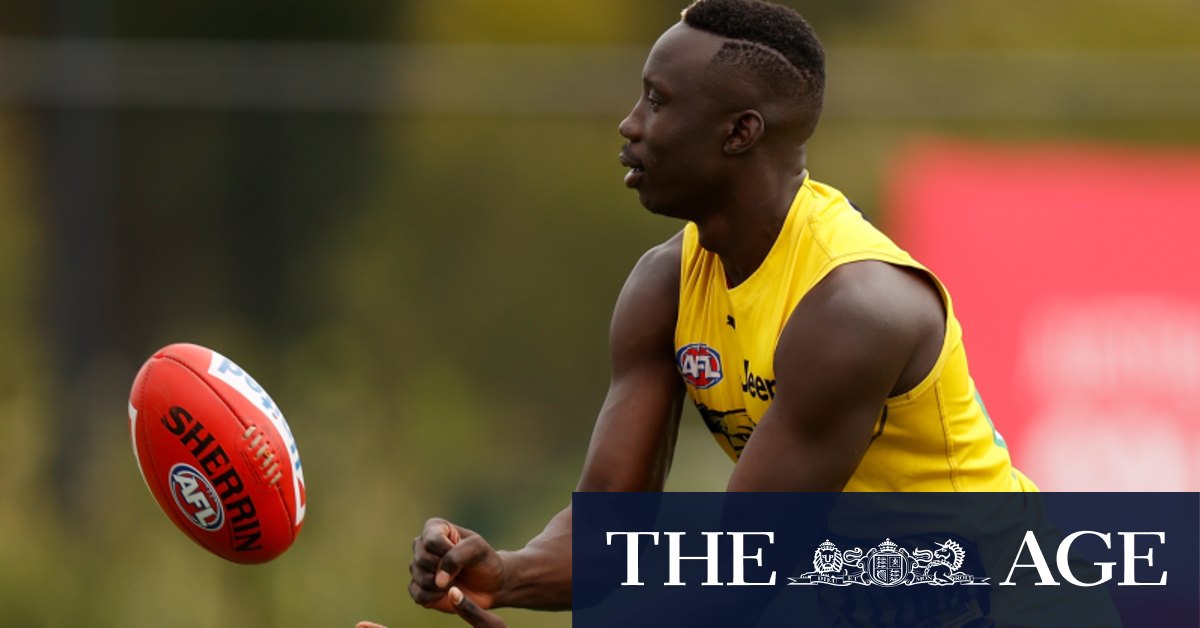 “A lot of [the game] is going to be off the back of centre bounce,” Hardwick said.

“We know the significance of centre bounce at Adelaide Oval. It’s a relatively easy ground to defend so territorial battles are going to be important.”

Hardwick said Chol was developing well and he had great faith in his ability. Encouraged by his second half against the Lions after a below-par performance in the first half, Hardwick said he was confident Chol could perform as required with the Tigers thinking Nankervis would be more dynamic if given less game time.

“We will continue to invest in him … he can do some things that other players can’t,” Hardwick said.

The Tigers marked out the Adelaide Oval dimensions to train at the Gold Coast on Wednesday as they look to win at a venue they have won at just three times in eight appearances since 2017.

Although they lost to Port Adelaide there in a hard-fought round 11 match they will be bolstered by the presence of Trent Cotchin, Shane Edwards, Dion Prestia, Bachar Houli, Jack Graham and David Astbury who did not play in that match.

Hardwick revealed he had been in touch with Coleman-Jones and Sydney Stack since the incident that saw them sent home in early September after being involved in a fight in Surfers Paradise at 3:30am.

“We’ve spoken a couple of times. We’re supportive of them as a club. We are incredibly disappointed in their actions but the fact of the matter it’s a learning opportunity for both of those boys, ” Hardwick said.

Previous Shopper confidence jumps in wake of the federal budget
Next Apple shrinks the iPhone, but not the price tag