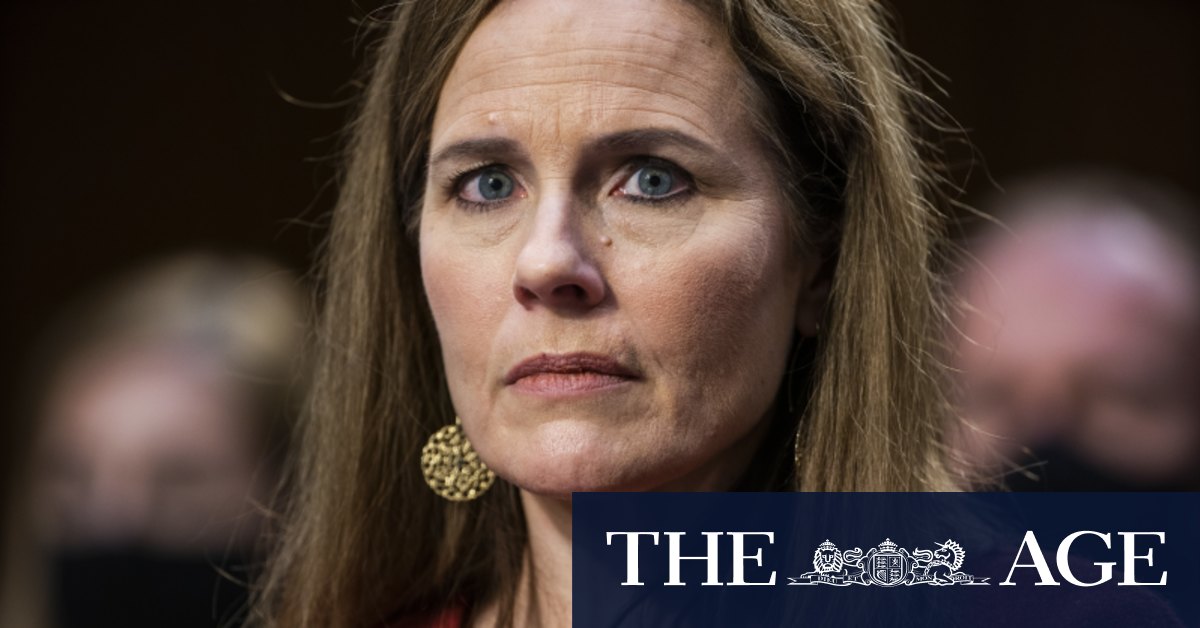 1. Obamacare: The marathon session gave the conservative US appellate judge a chance to respond to Democrats who oppose her because they fear she will cast a decisive vote in striking down the 2010 healthcare law formally called the Affordable Care Act and its protections for people with pre-existing conditions. “I am not here on a mission to destroy the Affordable Care Act,” Barrett said. “I’m just here to apply the law and adhere to the rule of law.”

Senator Kamala Harris, who is Democratic presidential candidate Joe Biden’s running mate, was not satisfied with Barrett’s answers, saying Americans were fearful that Obamacare would be overturned in the middle of a deadly pandemic.

“Republicans are scrambling to confirm this nominee as fast as possible because they need one more Trump judge on the bench before November 10 to win and strike down the entire Affordable Care Act,” said Harris, a Judiciary Committee member.

Barrett said no one at the White House sought a commitment from her on how she would rule on that or any other issue.

2. Abortion rights advocates fear Barrett would vote to overturn the 1973 Roe v. Wade ruling that legalised abortion nationwide. Asked about the ruling, Barrett said she would consider the usual factors on whether to overturn a precedent. But she indicated the case was not a “super-precedent” that could never potentially be overturned.When pressed, the devout Catholic and a favourite of religious conservatives, said she could set aside her religious beliefs in making judicial decisions.

3. Same-sex marriage: She would not say whether she agreed with late justice Antonin Scalia that the 2015 Supreme Court Obergefell v. Hodges ruling legalising gay marriage nationwide was wrongly decided. She said she would not discriminate on the basis of “sexual preference,” prompting Democratic Senator Mazie Hirono to chastise her for using an “offensive and outdated term.”

4. Transition of power: Barrett also declined to comment specifically on whether presidents should commit to a peaceful transfer of power if they lose an election. Trump created a furore in September when he refused to make that commitment.

“To the extent that this is a political controversy right now, as a judge I want to stay out of it and don’t want to express a view,” Barrett told Democratic Senator Cory Booker.

Prompted by Booker again to comment, she said: “One of the beauties of America from the beginning of the republic is that we have had peaceful transfers of power.”

5. Racial discrimination: Asked about George Floyd, a black man killed by Minneapolis police in May in an incident that triggered widespread protests, Barrett called the issue “very, very personal for my family” because among her seven children, two – adopted from Haiti – are black. Barrett said she and one of her daughters, Vivian, cried together after seeing the video.

Trump nominated Barrett to a lifetime post on the court on September 26 to succeed the late liberal Justice Ruth Bader Ginsburg. The four-day hearing is a key step before a full Senate vote due by the end of October on Barrett’s confirmation.

The hearing continues on Wednesday, US time.