We’re looking at the glass-half-empty recovery 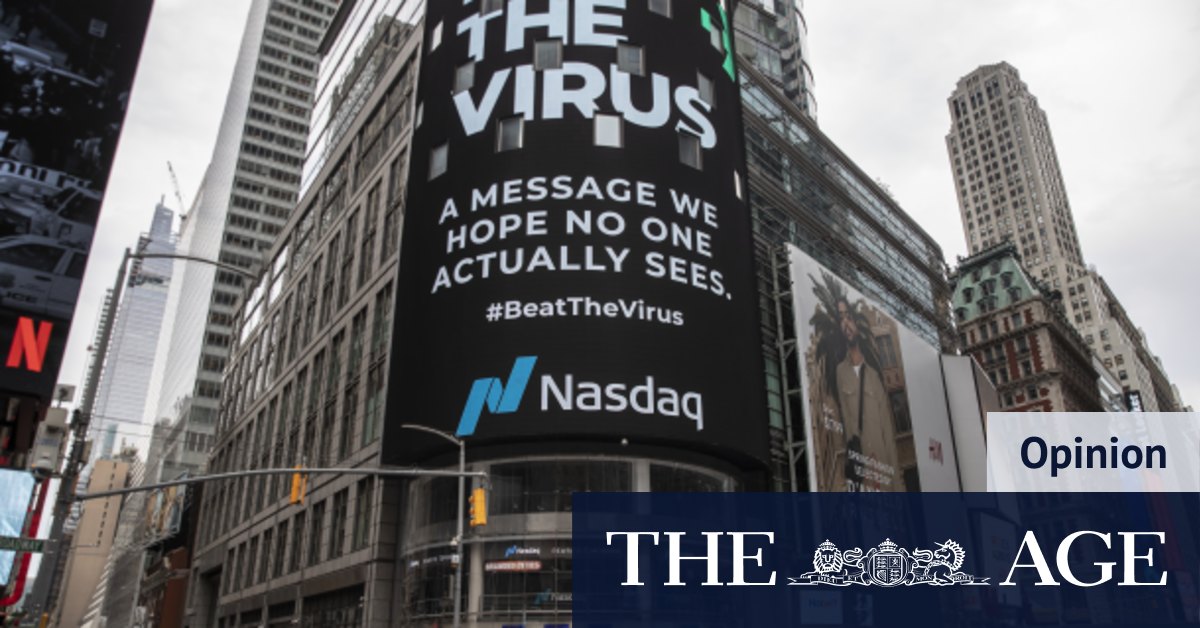 Hours before Singapore reported its numbers, the International Monetary Fund presented a distinctly glass-half-empty view. The lender upgraded its estimates of global growth on Tuesday but was far from enthusiastic about the outlook. World GDP will contract 4.4 per cent this year, the IMF reckons. That’s terrible, but a bit brighter than the 5.2 per cent slide the fund pencilled in a few months ago. The Organization for Economic Cooperation and Development last month made broadly similar upward nudges to projections.

Don’t take the word of policy wonks in Washington and Paris. Two of the biggest names in global finance are gaining confidence that the pandemic won’t mean the end of the world – even if they see a long path back to growth. Wall Street giants JPMorgan and Citigroup set aside just $US2.87 billion ($4 billion) for loan losses in the third quarter, according to results published on Tuesday, less than half what analysts had expected.

It would be dangerous to think that just because the worst is behind us that policy makers could take their eye off the ball. Things are still awful.

None of this really eases the human tragedy that’s unfolded this year. Coronavirus infections exceeded 38 million this week. More than a million people have lost their lives. Vast swathes of social and commercial activity were shut down in the first half of the year in what’s looking like a flailing effort to suppress infections. Mental illness from stress and isolation has soared.

Extreme poverty is set to rise for the first time in more than two decades, and persistent output losses imply a major setback to living standards versus the pre-pandemic days, the IMF said.

Given this destruction, how did we get to a point where the word “recovery” is even uttered? Not by accident; it’s owed to massive stimulus from central banks and finance ministries.

Both budgets and interest rate-cuts were deployed simultaneously, rapidly and on a huge scale, a refreshing change from the 2007-2009 global financial fiasco. That’s not bad for agencies fashionably thought to be out of ammunition.

It would be dangerous to think that just because the worst is behind us that policy makers could take their eye off the ball. Things are still awful. It’s a measure of diminished expectations that there is exhaling of relief when GDP numbers remain mostly in the negative.

The global economy is in the process of recovering, even if it can’t be said to have recovered. For that small mercy, I am thankful.

Daniel Moss is a Bloomberg Opinion columnist covering Asian economies. Previously he was executive editor of Bloomberg News for global economics, and has led teams in Asia, Europe and North America.