Lynch’s actions are hurting his own good name 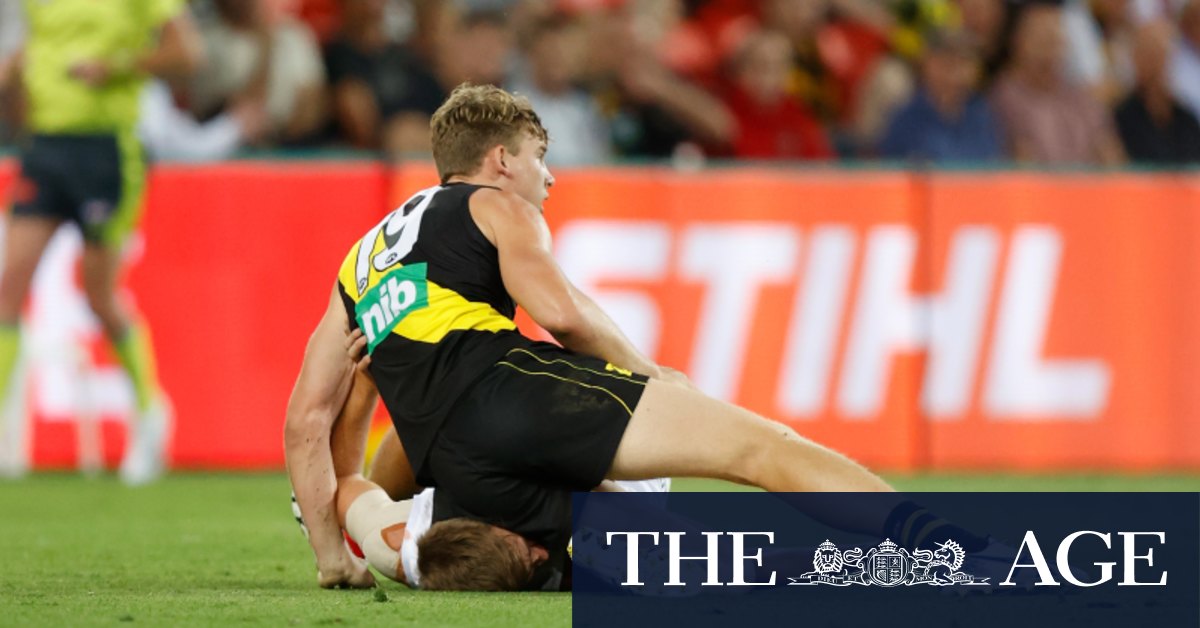 None could be categorised as malicious, but taken as a body of work, they go by the name of cheap shots. Dirt cheap, as it happens, costing merely a couple of thousand dollars worth of fines.

In this, the AFL has done him no favours.

Firstly, it does not take priors into account. Lynch could continue to take his petty liberties every week and as long as they did not rise to a certain amorphous threshold of force in the MRO’s algorithm, they would cost him only a bit of petty cash.

Last week, he escaped on that mostly finely wrought of provisions, developed out of long precedent and sharpened to a legal nicety. It’s called the “it’s a final” clause.

A suspension in the latter half of this season might have woken Lynch up. Three suspensions did for Tom Hawkins two years ago. About him, you can safely say that he has spent his convictions, and none will be recorded.

Lynch’s coach, Damian Hardwick, has also done him a disservice by defending him under the tired and specious rubric of how footy is a man’s game and Richmond’s way is to play it hard.

Literally, none of this season’s five incidents were in the play, which explodes the hard play alibi. This sets Lynch’s catalogue of misdemeanours apart from those of Trent Cotchin, his captain. Over-reach or clumsiness at the ball is a different thing to snide shots off it.

Yes, AFL footy is played in a highly aggravated environment. Yes, no doubt Lynch gets his share of roughing up. The best players learn to shrug off that sort of attention.

Lynch need look only a little further upfield for an exemplar. If opponents don’t harass Dustin Martin now, it’s because they’ve learned that he is likely to retaliate not with blows, but Brownlow Medal votes.

From all accounts, away from the arena, Lynch is an unassuming character. He may think he doesn’t care about how he is perceived, but he will. He is not a natural enforcer, and it shows when he tries to be one.

What he is, is a magnificent footballer, as could also be seen last week. So it’s all the more imperative that he acts to protect his reputation, for it will be his most precious trophy.

“Who steals my purse steals trash,” says Iago in Shakespeare’s Othello. “ ‘Tis something, nothing; ’twas mine, ’tis his, and has been slave to thousands. But he that filches from me my good name robs me of that which not enriches him, and makes me poor indeed’.”

Latterly, but hopefully no more, Tom Lynch is robbing himself.

The LNP has finally unveiled its costings today, revealing it would use some of Labor’s …