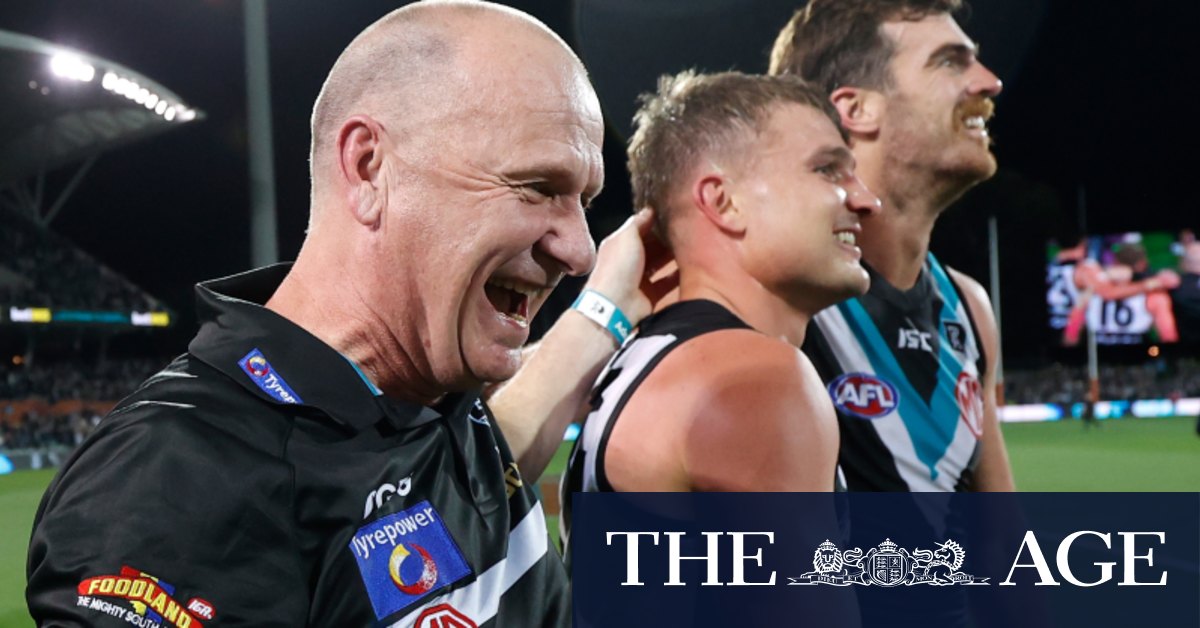 “The boys have been – the whole team and the club – really composed about the opportunity that’s in front of us.

“We just want to go out there and play with some freedom and some fun we have played with all year.”

The Power finished atop the AFL ladder in 2020, leading from start to finish, and then beat Geelong in a qualifying final.

Spurred on by a crowd of 27,000 at the Adelaide Oval, including the famous hill behind the goals for the first time in 2020, Hinkley said he was eager to enjoy the occasion.

“It’s exciting. Everyone wants to be around this time of year. You get the best four teams going at it,” he said.

“There’s no favourites, no underdogs.”

On Wednesday Richmond coach Damien Hardwick encouraged his star key forward Tom Lynch not to curb his agressive side, which has seen him punished by the match review officer five times this season, the last time for a knee against St Kilda.

Hinkley laughed off suggestions Lynch’s aggressive style would worry his side.

“That’s what key forwards do. Dimma’s right. Charlie [Dixon] at the other end is not dissimilar,” Hinkley said.

“Tom Jonas will stand in the way of anything … as the Richmond players will.”

Hinkley would not be drawn on whether his side would tag the dangerous Dustin Martin. He said there were plenty of good players running around for both sides, and that both knew each other’s strengths and weaknesses well heading into the match.

“[Port are strong] in the contest, in the ability to win the contest, get the ball in our half and try and play our game, which they know,” Hinkley said.

Hinkley said it was tough to have to leave out verteran Justin Westhoff from the side.

“It’s hard to leave him out, there’s no doubt about that. With a servant like Justin has been to our football club, it is really difficult not to have him in the team,” he said.