admin 2 weeks ago Victoria News Comments Off on Victoria well placed to take ‘significant steps’ out of lockdown on Sunday, Premier says 9 Views 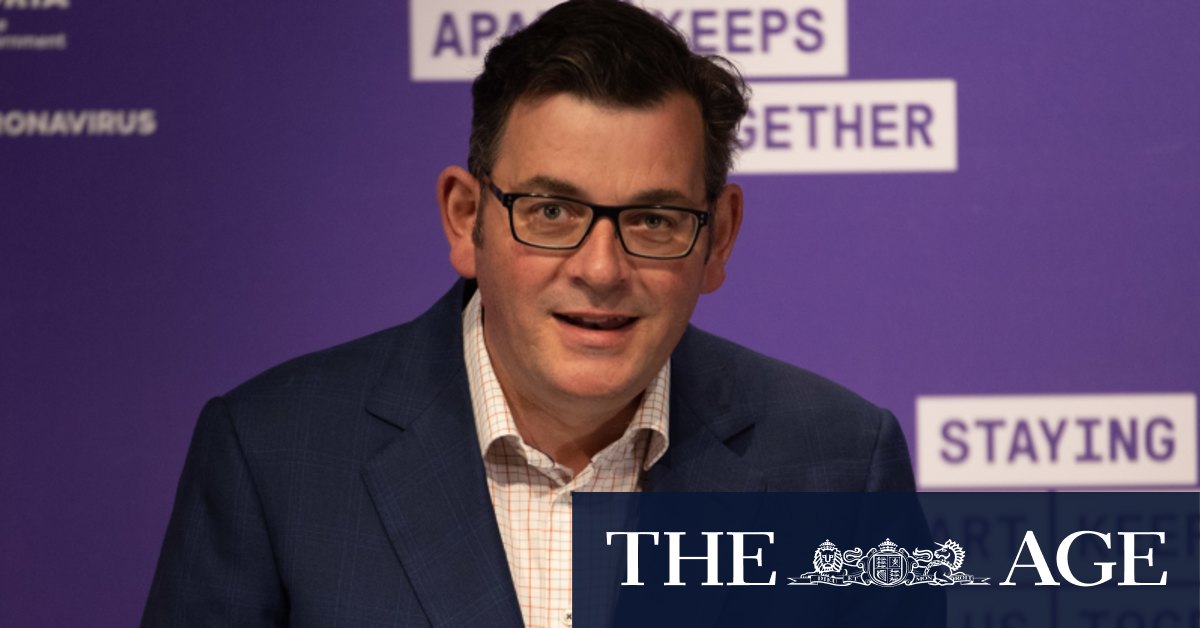 That exceeds the 14-day five-case average the state government had hoped to achieve by the end of this week, but Mr Andrews has said an average of 10, or thereabouts, could be “as good as it gets” for Victoria in the near future.

Across the state there are 157 active coronavirus cases, including seven in regional Victoria, and 14 Victorians are fighting the virus in hospital, but no COVID-19 patients are in intensive care.

However, health authorities are still concerned about the state’s mystery cases – those without a known source of infection. The number of mystery cases will influence which restrictions will be eased on Sunday.

Victoria’s fortnightly tally of mystery cases to October 13 stands at 17, more than three times the government’s target of five or less.

It comes amid news Melbourne’s five-kilometre movement limit could be increased to 20 kilometres and other ambitious thresholds for lifting the city’s tough stage-four lockdown restrictions could be revised when Mr Andrews updates Victoria’s pandemic road map on Sunday.

Ironically, if the date for Melbourne to move to step three of reopening had still been set at October 26 – rather than being brought forward to October 19 – the 14-day average would be shaping up nicely against its target of five or less.

The Premier dashed the hopes of Melbourne restaurant and cafe owners, reiterating that hospitality venues in the metropolitan area will not be getting a green light on Sunday to reopen to seated diners.

He also reiterated that Sunday’s announcements about easing restrictions will be about “social” rules, not economic ones.

“On Sunday we will be bringing some things forward, but they will be in the lower risk category,” Mr Andrews said.

The so-called “ring of steel” around Melbourne is here to stay for the near future, in order to protect regional Victorians, Premier Daniel Andrews said.

Mr Andrews said authorities have not yet made a final decision about redrawing or scrapping the controversial case targets for easing lockdown restrictions, but noted he will give people a “sense of what the most important considerations for us will be in making further decisions about next steps”.

If the daily COVID-19 case numbers continue to decline, Mr Andrews said Melbourne would be on track to move to step three of its reopening road map sooner rather than later.

Melburnians who own properties in the country would be allowed to travel to prepare their homes for the summer fire season, the Premier said. But there would be hefty penalties for those who try to take advantage of the yet-to-be-revealed arrangements.

Mr Andrews also said golf clubhouses won’t be reopening, but that the government would try to allow people to start doing the things they love and give them a sense or normalcy.

Police are still investigating the super-spreader truck driver who sparked COVID-19 outbreaks in Kilmore and Shepparton. No decision has been made about what penalties he might face after failing to tell contact tracers he had stopped in Shepparton until three cases emerged in the regional city.

Nearly 5000 people have turned up to be tested so far in Shepparton, with the vast majority of those tested on Wednesday returning negative results. Results from Thursday’s tests will be processed on Friday and announced on Saturday.

Coronavirus tests of the Kilmore residents who have been isolating since the Chadstone cluster spread to the town have all returned negative results.

Mr Andrews described the general testing effort as a “deeply impressive thing”, with 16,381 Victorians tested for the virus on Thursday.

Last week, 97 per cent of all COVID-19 test results were returned within one day. That’s an improvement from 93 per cent last month, Health Minister Martin Foley said.

The Premier said there was a “genuine determination” across the Victorian community to see the virus off.

“We haven’t listened to the loudest voices. We haven’t lost our nerve. That’s how you go from 725 cases to two cases. Look at France, look at England, look at the entirety of the United States … we have had our challenges, but we are very well placed, and I am proud to lead a state where people know the task and they know that it’s challenging and, as painful as it’s been, the strategy is working, the strategy is absolutely working.”

Meanwhile, a constitutional challenge to the validity of Victoria’s COVID-19 lockdown rules could be heard in the High Court as soon as November.

Prominent Mornington Peninsula hotelier Julian Gerner is suing the state government, saying his restaurant has lost millions in revenue due to the second lockdown.

Mr Gerner’s argument also questions whether restrictions such as the five-kilometre rule and essential worker permits are a disproportionate response to the threat of coronavirus, and contrary to the implied constitutional rights of freedom of movement.

Mornington Peninsula residents have said expanding Melbourne’s five-kilometre travel limit will not lead to an influx of people flooding beachside suburbs. Melburnians are already flouting lockdown restrictions and travelling to beaches and holiday homes on the Peninsula, according to locals.

“They’re already here,” Peninsula resident Kelly told radio station 3AW on Friday morning. “You can tell when they’ve got their suitcases in their cars.”

Tootgarook woman, Maggie, said her street was full of holidaymakers. “The street that I live in, the majority of houses are holiday homes, and every week for months now you get four or five cars in the driveway,” she said.

The Mornington Peninsula is considered part of metropolitan Melbourne and is subject to stage four lockdown restrictions.

Marissa Calligeros is a journalist at The Age