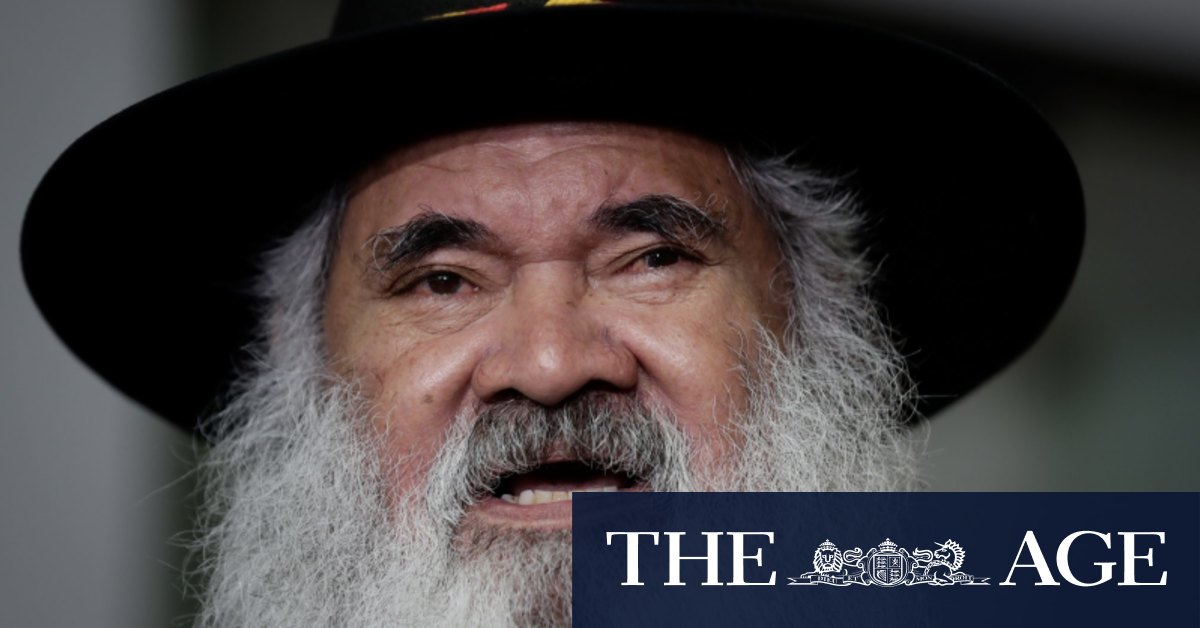 “You have destroyed significant heritage for humanity. Saying sorry is one very important matter. And it seems to me that your future reputation will swing very much, as will other companies’ on how they behave to First Nations peoples.”

On Friday, the head of the nation’s top mining lobby, the Minerals Council of Australia, rejected Senator Dodson’s claims.

“For more than two decades, Australia’s minerals industry has worked to build strong and enduring relationships with the traditional owners on the land on which it operates,” chief executive Tania Constable said.

“The industry remains committed to these relationships.”

Ms Constable said the industry group would lead a national program to share and embed lessons across the sector, and supported legislative reform.

“The MCA supports modernisation of Australia’s Indigenous cultural heritage laws, including the Commonwealth-led process to support states and territories where this is needed,” she said.

While Rio, the world’s largest iron ore miner, remains on course to meet its export targets for the year, the fallout from the Juukan Gorge incident could potentially slow down its operations in the Pilbara.

Rio’s iron ore shipments for the September quarter fell 5 per cent to 82.1 million tonnes compared to the previous quarter and the miner told investors on Friday it expects to export between 324 million and 334 million tonnes of iron ore in 2020

It also warned that the process of mending relations with the traditional owners across the Pilbara, which may include halting all works that could affect significant sites, may slow down production. However, it did not specify just how grave an impact its enhanced focus on cultural heritage will have on overall iron ore output.

“Future potential operational and mine development impacts from the reform of the WA Aboriginal Heritage Act 1972 and changes to our heritage approach remain unknown at this point in time,” the company said.

“We are consulting with traditional owners and are working through scenarios with a broad range of options available given the flexibility in our Pilbara network.”

Speaking at Friday’s hearing, Mr Jacques, who is due to depart the company in March, reiterated his and the company’s regret.

“I can only re-state how sorry we are,” Mr Jacques said. “It should never have happened.”

Rio Tinto had legal approval to blast the site in May as part of an iron ore mine expansion and said it believed it had the consent of the PKKP until representatives approached the company once the explosive charges were laid and could no longer be removed safely. In submissions to the inquiry, however, Rio has conceded it missed multiple opportunities to reconsider its plans after archaeological digs in 2014 found the site to be of much greater archaeological significance than initially thought, and to better engage with the PKKP, which could have prevented the destruction.

Meanwhile, Rio Tinto is facing potential trouble surrounding another of its mining operations after being hit with a class-action lawsuit over cost blowouts at its giant Oyu Tolgoi copper-gold mine in Mongolia.

The legal action, filed in the United States, accuses Rio Tinto, and individual defendants including Mr Jacques of false and misleading statements concerning the problem-plagued project’s costs and schedule. Rio’s long-held plan enlarge the Oyu Tolgoi mine – one of its most important growth projects – has been beset by a series of long delays and cost blowouts since construction began in 2019. The project was initially projected to cost less than $7 billion, but is now likely to cost more than $9.5 billion.

The plaintiff in the lawsuit, New Jersey resident Anthony Franchi, claims Rio Tinto and its subsidiary’s disclosures led to him purchasing securities at “artificially inflated prices” and he suffered damage as a result of the alleged wrongdoing.