Breaking News
Home / World News / Trump feels great. But what about the 215,000 Americans who died of COVID?

Trump feels great. But what about the 215,000 Americans who died of COVID?

admin 2 weeks ago World News Comments Off on Trump feels great. But what about the 215,000 Americans who died of COVID? 8 Views 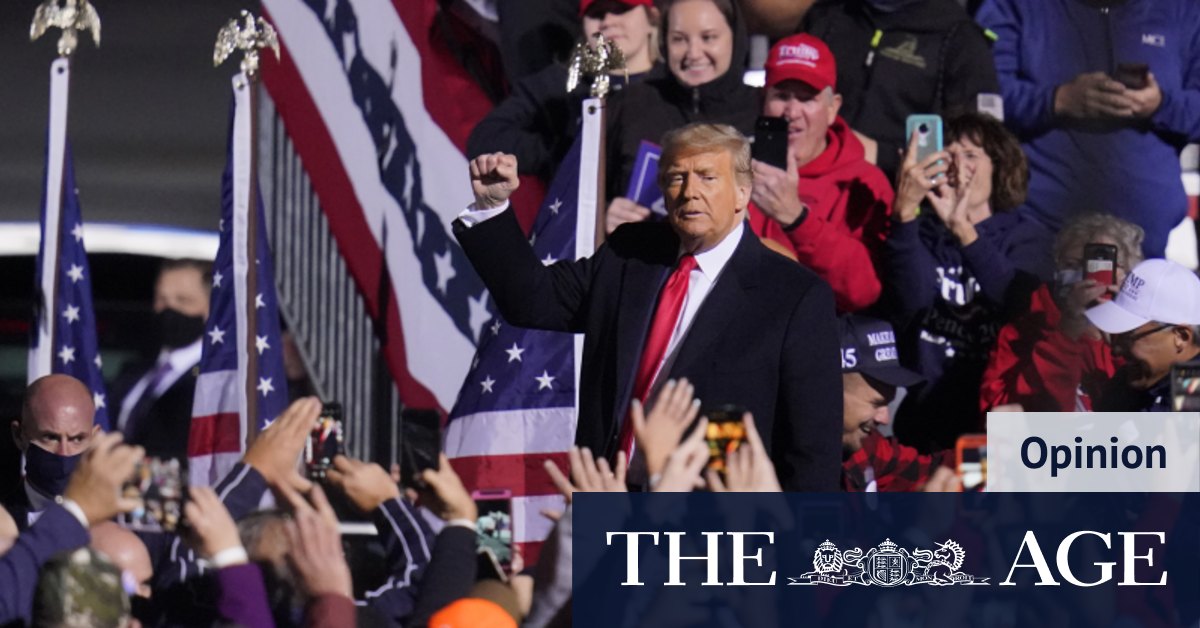 I didn’t feel so good…

We were burning up, each breath was an exercise in agony. We had no energy.

…And 24 hours later I was feeling great.

I wanted to get out of hospital.

We wanted to get out of hospital.

We don’t feel so great. Our lungs are drowning and our other organs have been swept under by an invading army.

This is not the perfect situation we’d like to feel ourselves in. This is not ideal. Our immune system is now the enemy, too. It’s out of control. Septic shock is a possibility, blood pressure is dropping and our organs aren’t working as they should. Our lungs are shot.

I think this was a blessing from God that I caught it.

If this is a blessing, then oh horrors what could a curse be? What blessing is this? A kind, merciful God, father of all creatures great and small, would not do this on purpose to his creations. Some might say, Perhaps it is a test, and blessed are we to have to undergo it. Blessed are we to face death.

This was a blessing in disguise.

No, this was not a blessing in disguise. We introduce a survivor’s tale, courtesy of the BBC: “At one point, I felt the most almighty pain in my chest, like I was being compressed with slabs of concrete. They told me it was the pneumonia attacking my lungs and they gave me a shot of morphine. That was followed by terrible stabbing pains in my stomach, as bad as labour contractions, and I cried out: I can’t take this anymore! I can’t carry on! By the time the pains subsided, I was almost delirious.”

More than 1 million deaths have been recorded worldwide, of which 215,000 are in America.

It seems like I’m immune! I feel powerful. I’ll kiss the guys and the beautiful women and everybody!

You have already given us the kiss of death.