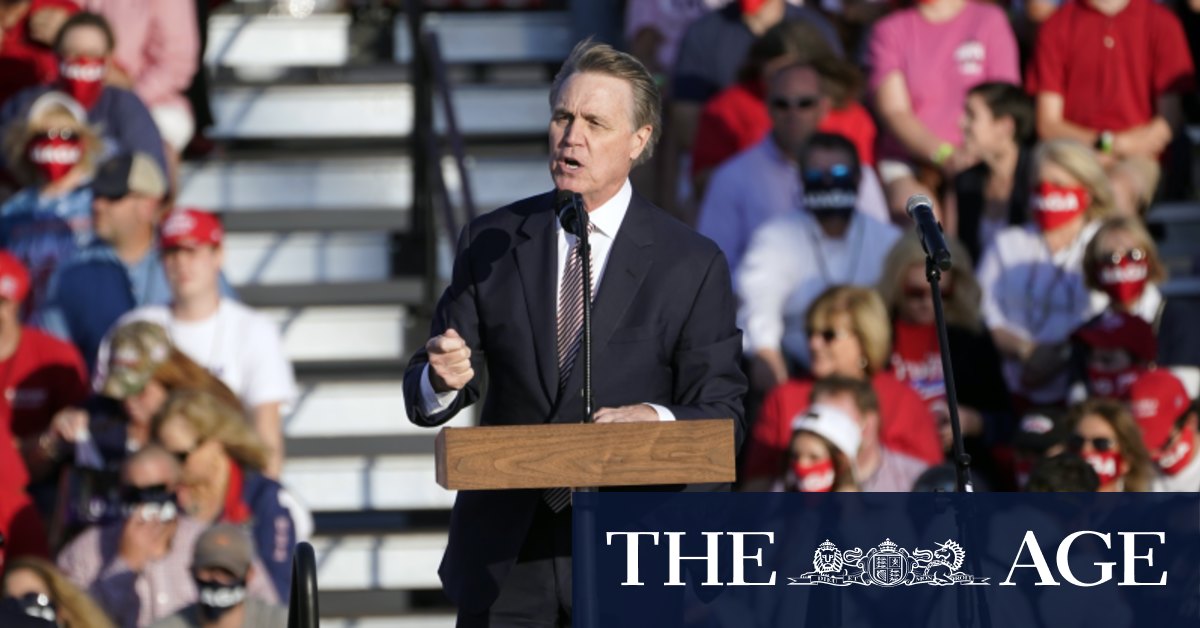 Trump and Vice President Mike Pence are among the top Republicans who have repeatedly mispronounced it. A few Democrats, including former President Barack Obama, have said it incorrectly, too.

Harris’ spokesperson, Sabrina Singh, responded to Perdue’s remark in a tweet: “Well that is incredibly racist. Vote him out.” In a second tweet, she wrote, “He has been her Senate colleague for over 3 years. 3. Years. THREE. Do better.”

“He didn’t mean anything by it,” Black wrote. “He was making an argument against the radical socialist agenda that she & her endorsed candidate Jon Ossoff are pushing.”

Jon Ossoff, who is running against Perdue in November, tweeted that his opponent “mocked Senator Harris’ name,” adding, “We are so much better than this.”

Ossoff, who staged an unsuccessful bid for Congress in a 2017 special election, also tweeted a fundraising message over video of Perdue’s comments and said in another tweet, “Senator Perdue never would have done this to a male colleague. Or a white colleague. And everyone knows it.”

“Senator Perdue’s intentionally disrespectful mispronunciation of Senator Harris’s name is a bigoted and racist tactic straight from President Trump’s handbook,” Nikema Williams, chair of the Georgia Democratic Party, said in a statement. “He owes Georgians an apology for his offensive display.”

Previous France reports over 25,000 new coronavirus infections in 24 hours
Next ‘Strength as a family’: Warners ready for cricket’s hub life