‘Some things have gone wrong here’: Victorian authorities looking for 17 travellers from NZ

admin 3 days ago National News Comments Off on ‘Some things have gone wrong here’: Victorian authorities looking for 17 travellers from NZ 21 Views 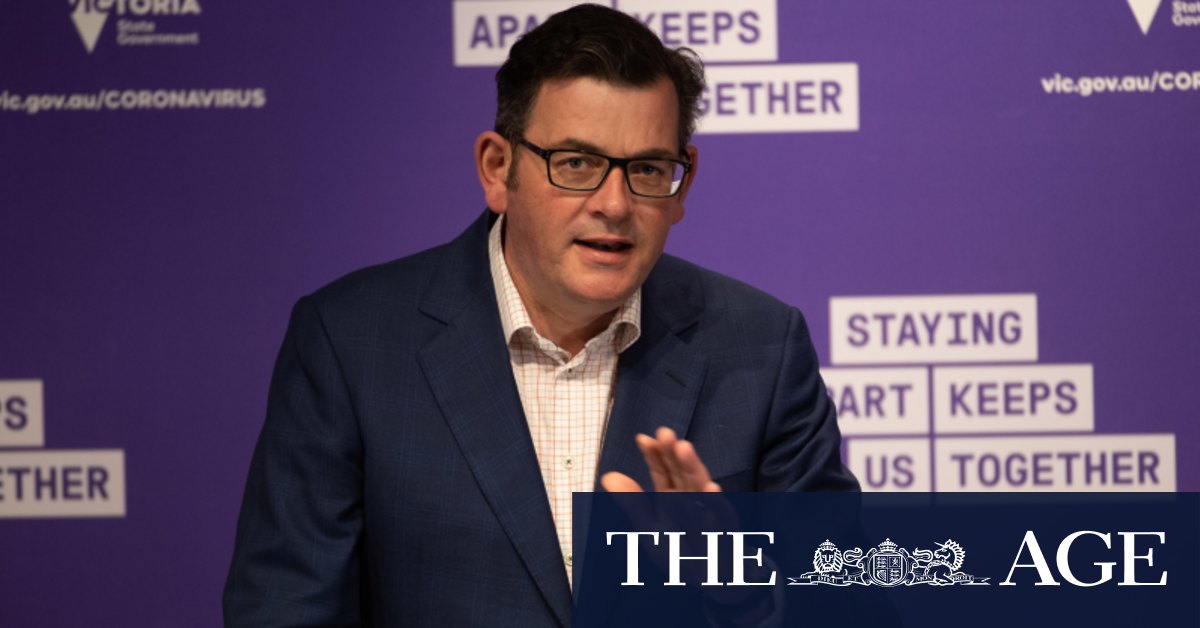 “Surely it is not beyond those who are responsible for the borders of our nation making sure that only those [states] who are in the New Zealand bubble can receive domestic passengers after they have arrived into an international airport,” Mr Andrews said.

Acting federal immigration minister Alan Tudge said the arrivals should not have come as a surprise to the Andrews government because it had been discussed at the nation’s top health committee on Monday.

“No official from any jurisdiction raised concerns in relation to that,” Mr Tudge said. “There was an understanding that when Kiwis arrived into Sydney from a country which has zero community transmissions that there would be no need for quarantining and that once they had arrived into Sydney that they would be treated like any other person in New South Wales.”

Victoria’s borders are not closed to New South Wales.

The federal Border Force gave Victorian authorities the passengers’ arrival cards, which contain their planned addresses and contact details in Australia, on Saturday lunch time to help them find and inform the travellers of Victoria’s coronavirus restrictions.

One Australian permanent resident, who spoke to The Age and Sydney Morning Herald on the condition of anonymity, flew into Melbourne on the 4.50pm Friday Jetstar flight after travelling from Auckland earlier in the day.

He said he was “relieved” to return to his home in Melbourne, after repeatedly trying to fly back to Australia from New Zealand but being denied a permit.

The man told multiple ground staff at Sydney airport he was planning on travelling through to Melbourne, but he was not stopped or detained after passing temperature testing.

“There was nothing saying you couldn’t enter Melbourne once you’re in the country, only that you had to fly to New South Wales,” he said.

“If you’re open to one, you’re open to all because people from New Zealand are deemed no risk for COVID and Victoria’s borders are open. I think the system needs clarifying.

“There’s no clear information. On the day before I flew out, I was still dealing with Air New Zealand and Home Affairs, no one could give me a straight answer on whether I could get home. Everyone I talked to was in the same boat.

“I might have taken advantage of it, but it was the only way to get home.”

The man’s girlfriend called the Victorian Department of Health and Human Services earlier this week to check if there were any restrictions on him entering Victoria through NSW, and was told he would be able to travel interstate.

The Age and The Sydney Morning Herald have seen another email from DHHS informing a different person there was “no requirement to quarantine after travelling domestically to Victoria” if they had originally come from New Zealand.

The passengers from New Zealand flew into Sydney Airport on Friday and boarded a Jetstar flight to Melbourne that afternoon, airport records show. The company said it reminded its customers to check state and federal coronavirus rules before flying.

“They didn’t spend very long at the airport,” on arrival, Mr Andrews said. “They left the airport within only minutes, really, of having arrived. Our officers have absolutely no power to stop someone, to detain someone in those circumstances.”

He said he didn’t believe the travellers had done anything wrong, and because they came from New Zealand where there is little virus, they may not need to be tested for COVID-19.

Victoria Police Deputy Commissioner Rick Nugent said he was made aware on Saturday morning that 17 people from New Zealand landed in Melbourne on Friday night. Police would be making welfare checks, he said.

“We will have a role later today to check on their welfare and wellbeing prior to them moving, I understand, back to Sydney,” Mr Nugent said, though Mr Andrews did not indicate the travellers would be removed from Victoria.

Ardern’s catch of the day: moral support from a good bloke

I have excellent advice for young women at university, perhaps in their second or third …