‘Waiting for Dan’: The Yellow and Black Army hanging on Premier’s every word

admin October 17, 2020 Victoria News Comments Off on ‘Waiting for Dan’: The Yellow and Black Army hanging on Premier’s every word 47 Views 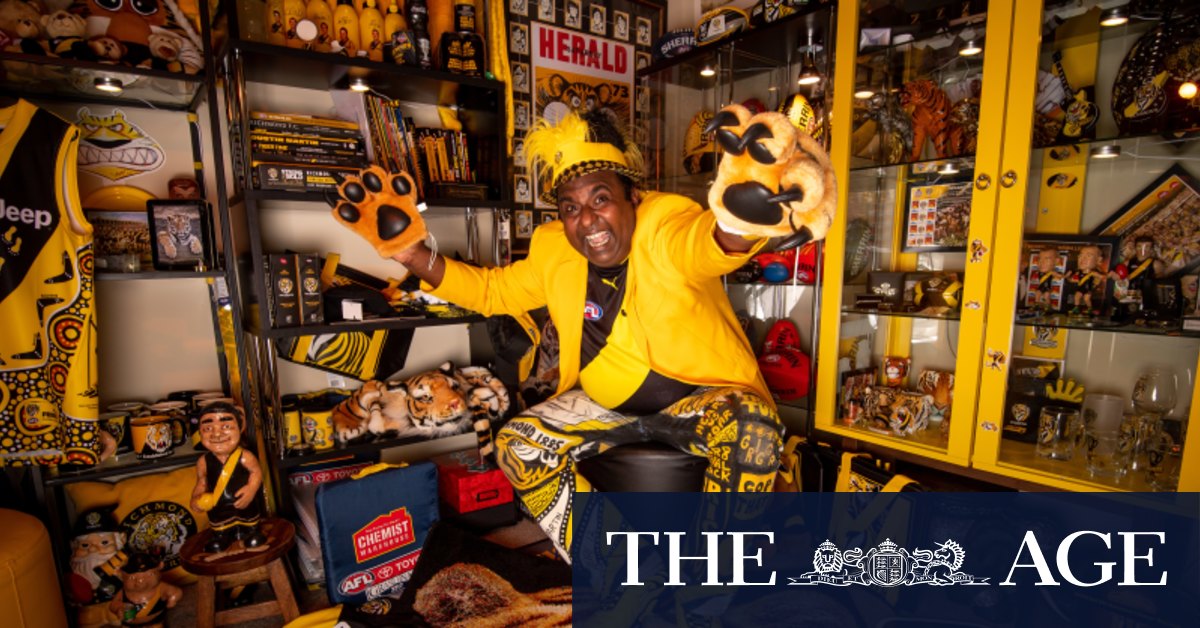 “I’m just waiting for what Dan has to say,” says Mr Thurairatnam, who has barely missed a Richmond game since one of his Commonwealth Bank customers, the late Norma Molloy – “my white nanna” – gifted him a Tigers badge and letter opener in 2002.

Richmond’s third grand final berth in four years, the making of a genuine dynasty, has the Tiger Army hanging on Premier Daniel Andrews’ announcement on Sunday with a renewed sense of urgency.

Cheer squad chairman Gerard Egan says members have tossed around the idea of a pre-game Zoom barbecue. Parks could work, but “how do we get the broadcast there so everyone can sit in and watch it?”

Mr Egan laughs: “We joked about how we should have smuggled ourselves into Queensland with the truck carrying the [MCG] grass.

“At the moment, we’re doing what we’ve been doing all season, which is watching the game on Zoom together, but it depends on what happens [on Sunday].”

While the thought of not being at the Gabba on Saturday is more than painful, Mr Egan said the feeling at Friday night’s final siren was better than at the close of last year’s preliminary final.

“It was probably more like 2017 than it was 2019,” he says. “I think just the joy of making it given what we’re going through here at the moment, it’s just a fantastic thing.”

Mr Thurairatnam, who fled war-torn Sri Lanka with his parents and siblings in 1995, was so wired from the nail-biter against Port Adelaide he couldn’t get to sleep until 3am.

“It’s special this year, I think because of COVID-19,” he says. “I couldn’t go to the footy and the boys have gone up there and they’ve done it for us. They’ve sacrificed a lot for us and the club has sacrificed a lot.”

One person who will be at the Gabba is Louis Blitsas, who undertook 14 days of quarantine in Darwin for the (admittedly presumptuous) dual purposes of a Richmond grand final and getting his new play, A Meme Stole My Girlfriend, in front of an audience.

He was on a nervous flight to Brisbane during Friday night’s preliminary final and was badgering flight attendants for updates.

“It was a funny feeling because you just want to yell and scream, hug someone or sing the song with someone,” he says.

“I think the players sort of feel it, too. That’s just how much the club is burned into our souls.”